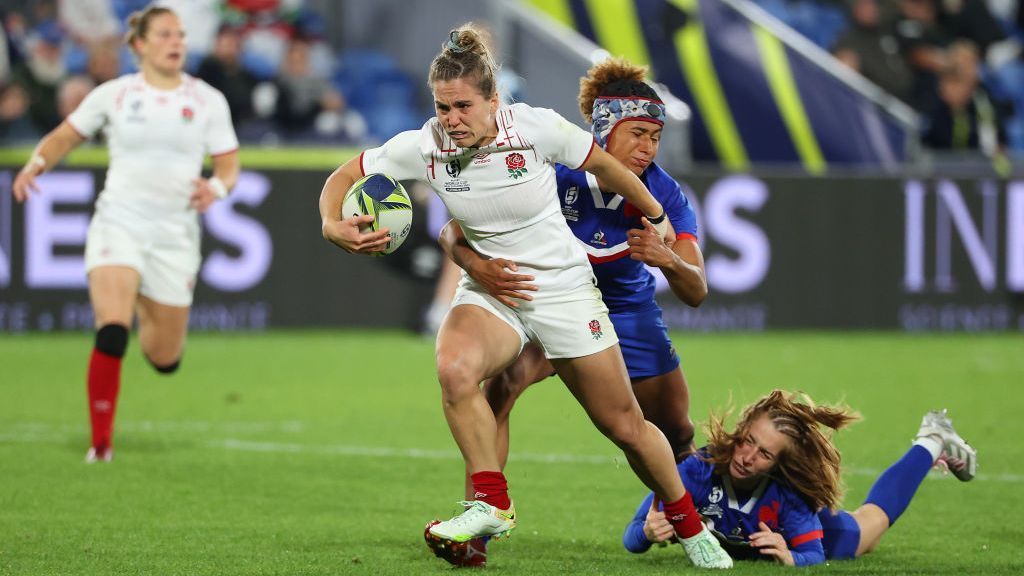 Centre Emily Scarratt scored all of England’s points as they claimed a tense 13-7 victory over France in their women’s Rugby World Cup Pool C clash at the Northland Events Centre in Whangarei on Saturday to record a 27th consecutive test win.

England qualify for the quarter-finals having dominated territory and possession, but France stayed in the contest to the end with superb defence as Scarratt managed a converted try and two penalties.

France’s lone try came from flanker Gaelle Hermet as they spent the majority of the match on the back foot, but troubled England when they did get possession and took the ball through the phases.

England had smashed Fiji 84-19 in their tournament opener, but France provided a much sterner examination with their organised defence and bravery.

It took 24 minutes for the first score as incessant pressure won reward with a try for Scarratt.

Loose-forward Alex Matthews carried the ball forward at every opportunity and following one of her bursts, back row partner Marlie Packer fed Scarratt, who darted back inside to cross the line.

England continued to camp in the France half, but a Scarratt penalty was all they had to show for it as they led 10-0 at half-time.

The second half followed a similar pattern to the first with Scarratt adding a second penalty to extend England’s advantage.

But France finally found some fluency in attack and with a rare foray into the England 22, scored a superb try.

Flyhalf Caroline Drouin’s chip behind the England defence was collected by wing Joanna Grisez, who fed Hermet to score and reduce the deficit to six points.

It set up a tense finish, but France continually kicked away possession instead of testing the England defence with ball in hand and the latter were able to see out the contest.

England play their final Pool C match against South Africa on Oct. 23, while France meet Fiji the day before.