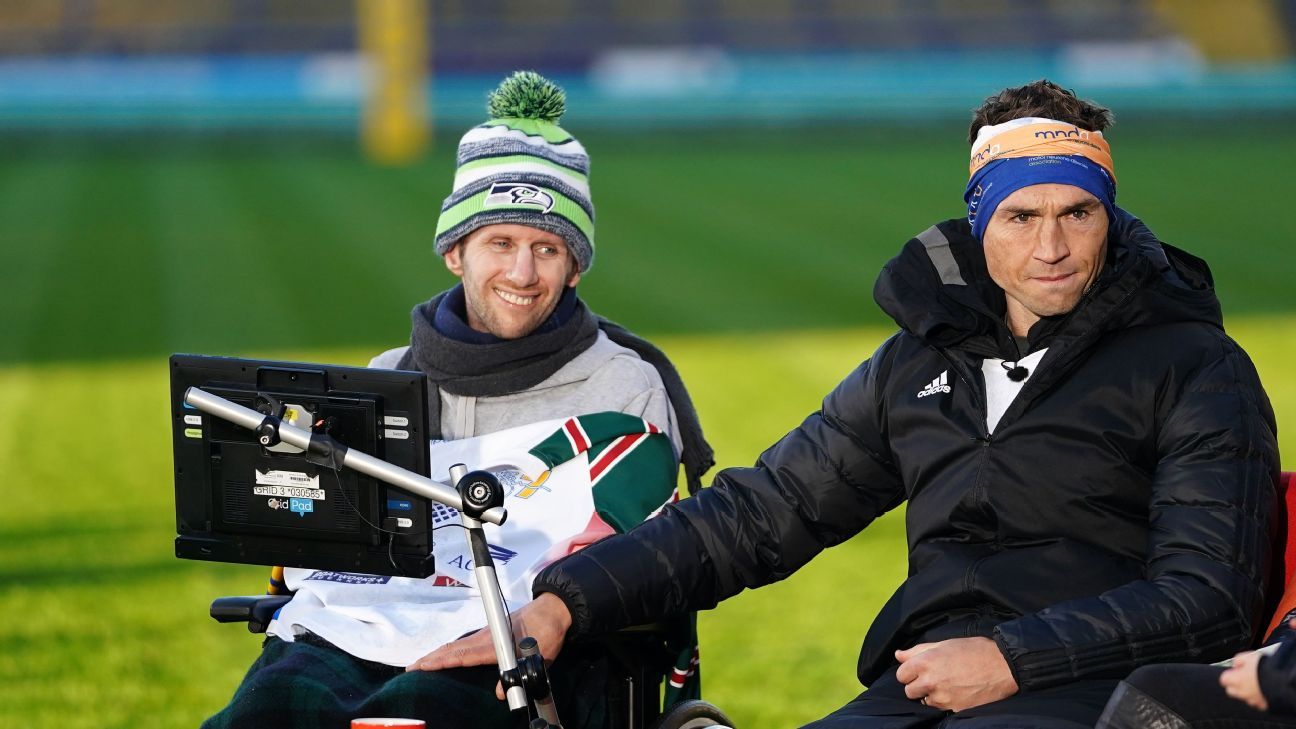 Kevin Sinfield, the former captain of Super League side Leeds Rhinos, returned to the Headingley ground on Tuesday to reach the finish line of a gruelling 101-mile run, within 24 hours, from Leicester to raise money for the motor neurone disease charity, MND Association.

Sinfield has completed a number of remarkable challenges to raise awareness and funds for the charity after his friend and former teammate Rob Burrow was diagnosed with motor neurone disease in 2019.

On Monday he set off from Leicester Tigers’ ground at 8:40 a.m — the side he now coaches — and ran 101 miles to Leeds within 24 hours, without sleep, in what was called the “Extra Mile Challenge”. The run was split into 7km sections with each chunk needed to be completed within 60 minutes.

In an emotional finish, Sinfield told the BBC: “It’s been a real team effort from all the crew and I wouldn’t have got it done without them.

“I’m broken — I don’t know when I’ll be able to run again. Rob knows how much we love and care about him.”

Sinfield, who played for Leeds for 18 years and was awarded with an OBE in the Queen’s Birthday Honours in June, initially set a target of raising £100,000 but donations soared to over £500,000, and he was welcomed to Leeds with around 1,000 supporters and the Burrow family.

Rob Burrow said: “Thanks so much to all involved with this amazing event. The money raised will help people to get great facilities for a new care centre and to help find a cure for MND.

“Today is a an amazing day for the whole community and will benefit every sufferer. Lastly, to my amazing friend Kev, you don’t realise the impact you have had on me and the whole MND community.”

The money raised will go to MND Association and the Leeds Hospitals Charity to build a new care home in the name of Rob Burrow, who was awarded an MBE in 2020 for his services to rugby league and motor neurone disease.

Burrow is considered to be one of the greatest players in league after spending 16 years at Leeds, helping the club to win the Super League Grand Final eight times, as well as two Challenge Cups before retiring in 2017.