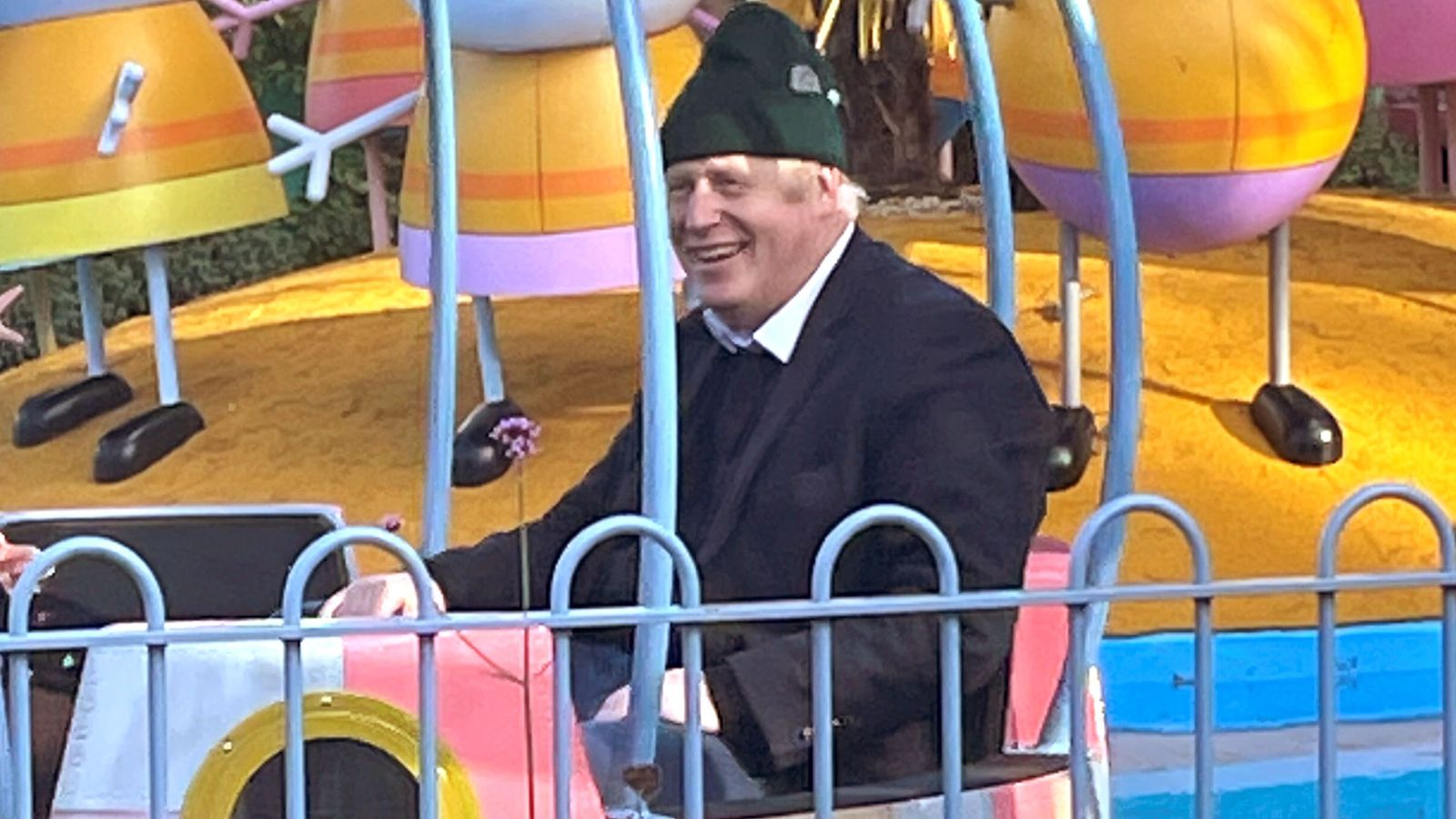 Tory criticism of Boris Johnson’s leadership is mounting after his speech about Peppa Pig World and a revolt over social care, with senior Conservative Jeremy Hunt admitting it has “been a bad month” for the government.

The former health secretary told Sky News Monday was not a good moment for Mr Johnson after a speech to business leaders in which he mimicked a car engine noise, compared himself to Moses, lost his place for an awkward 21 seconds and enthusiastically spoke about Peppa Pig World.

Mr Hunt told Sky News’ Kay Burley: “You’re talking to the former foreign secretary who once called his Chinese wife Japanese and you know, I got through that one.

“We all have bad moments and yesterday (Monday) was not a great one for the prime minister.

“It’s been a bad month for the government, I will absolutely concede that.

“And not just trivial issues like speeches going wrong but on much more serious issues like parliamentary standards.

“But I think in the end this government will be judged – we will be judged because I am a Tory MP – on whether the reforms we have done have made a difference to a lot of ordinary people.”

“He’s given hundreds of speeches. I don’t think it’s unusual for people on rare occasions to lose their place,” he said.

Asked if the PM was okay, the spokesman said: “The PM is very much focused on delivering for the public.”

Mr Hunt, chair of the Health and Social Care Committee, was one of dozens of Tory MPs who abstained from voting on a change to social care funding.

He told Sky News the amendment to how the promised £86,000 lifetime cap on care costs is reached “is not as good as I hoped for”.

It got voted through by a small majority, with 19 Conservatives voting against the government in another blow for Mr Johnson.

In the weeks before the vote, his government took a battering over standards after Tory MPs were whipped to support rejecting suspending now ex-Tory MP Owen Paterson for breaching lobbying rules before making a U-turn.

The downgrading of HS2 and Northern Powerhouse Rail has also attracted criticism from within his own ranks.

A senior Downing Street source told the BBC: “There is a lot of concern inside the building about the PM… it’s just not working.”

However, leader of the House of Commons Jacob Rees-Mogg told Sky News Mr Johnson is “the greatest prime minister ever” and “everyone loves Peppa Pig”.