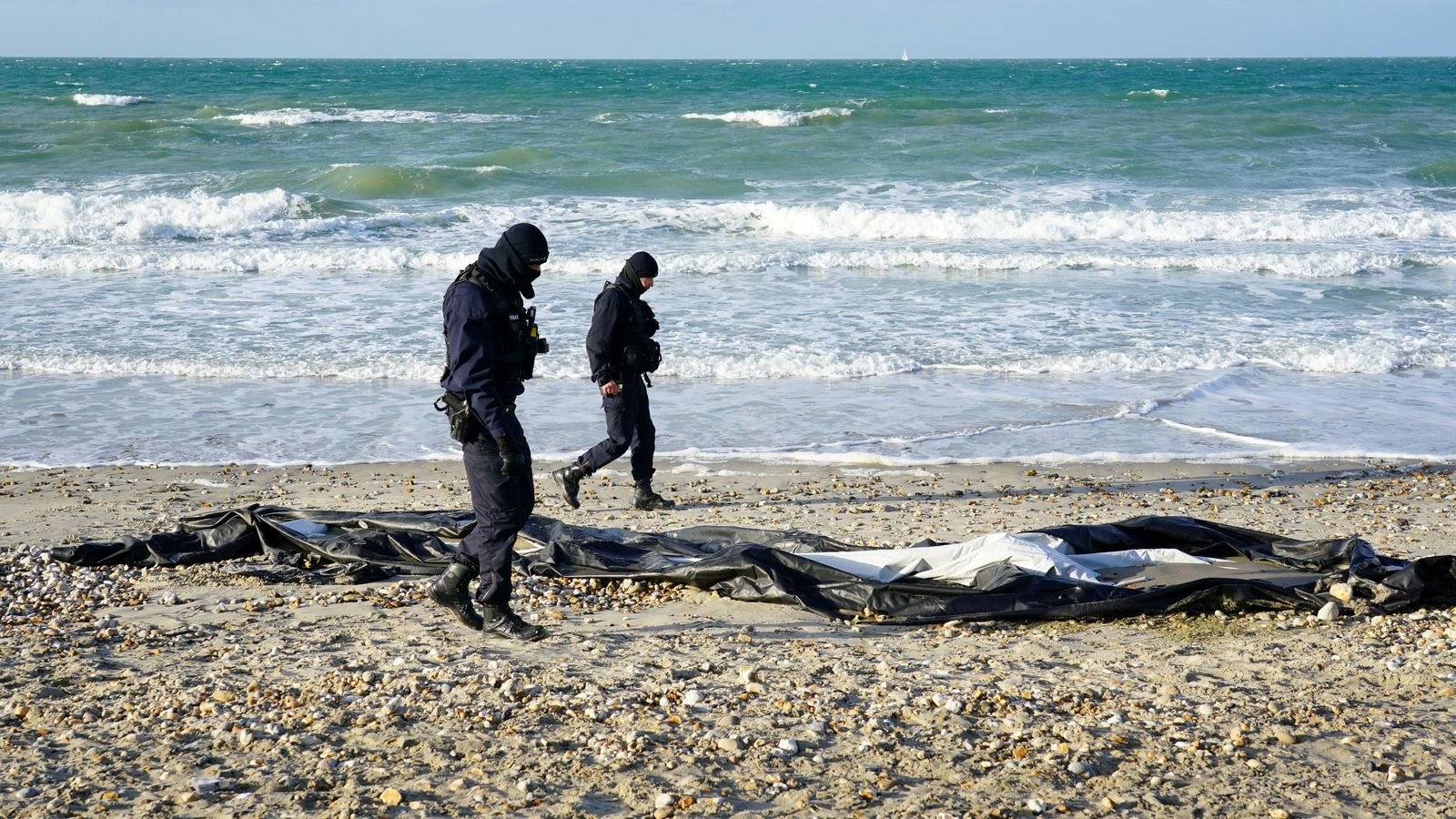 British patrols along the French coast are needed to prevent migrant boats from attempting to cross the Channel, the prime minister has told France after 27 people died near Calais.

Five women and a girl were among the victims after their boat capsized in the water. One of the dead women was later reported to have been pregnant.

Boris Johnson spoke to Emmanuel Macron on Wednesday evening in the wake of the tragedy – the worst incident of its kind in the Channel since the current migrant crisis began.

He said Wednesday’s deaths showed the two countries need to deepen their cooperation when dealing with the issue.

“It is the case that in the past we have offered to host and to help with joint patrols,” he told BBC2’s Newsnight on Wednesday.

“I think that could be invaluable in helping to address this issue. I really do hope that the French will reconsider that offer.”

Downing Street has said it agreed to “keep all options on the table”.

Following the leaders’ phone call, a Downing Street spokesperson said they “agreed on the urgency” of stepping up joint efforts to stop smuggling gangs.

The migrant crisis has become an increasingly tense subject for the UK and France.

Following a meeting of the Cobra emergencies committee, Mr Johnson said it was clear French patrols “haven’t been enough”, despite £54 million of UK support.

Conditions in the Channel were cool but calm on Wednesday, which may explain why so many people braved the crossing to the UK.

The deaths occurred after a “very frail” inflatable dinghy capsized, with fishermen reporting more than a dozen bodies motionless in the sea. Private ambulances arrived at a Calais warehouse on Wednesday evening, where identification of the victims is ongoing.

Mr Darmanin described the boat as “like a pool you blow up in your garden”.

The Dover Strait is the world’s busiest shipping lane and more than 25,700 people have completed the dangerous journey to the UK this year.

That’s three times the total for 2020, according to data compiled by PA news agency.

Meanwhile, more than 47,000 attempted crossings have taken place, with 7,800 migrants rescued from the water since 1 January 2021, according to the French president.

Mr Macron said: “France will not let the Channel become a graveyard.”

He has called for an emergency meeting of European ministers and an “immediate strengthening” of Frontex, the EU’s border agency.

He also said France had been working with the UK “for several months” to fight people smugglers and that 1,552 had been arrested.

Enver Solomon, chief executive of the Refugee Council urged the government to rethink its approach to migration.

“Surely a tragedy of this magnitude is the wake up call our government needs to change its approach and finally commit to an expansion of safe routes for those men, women, and children in desperate need of protection,” he said.