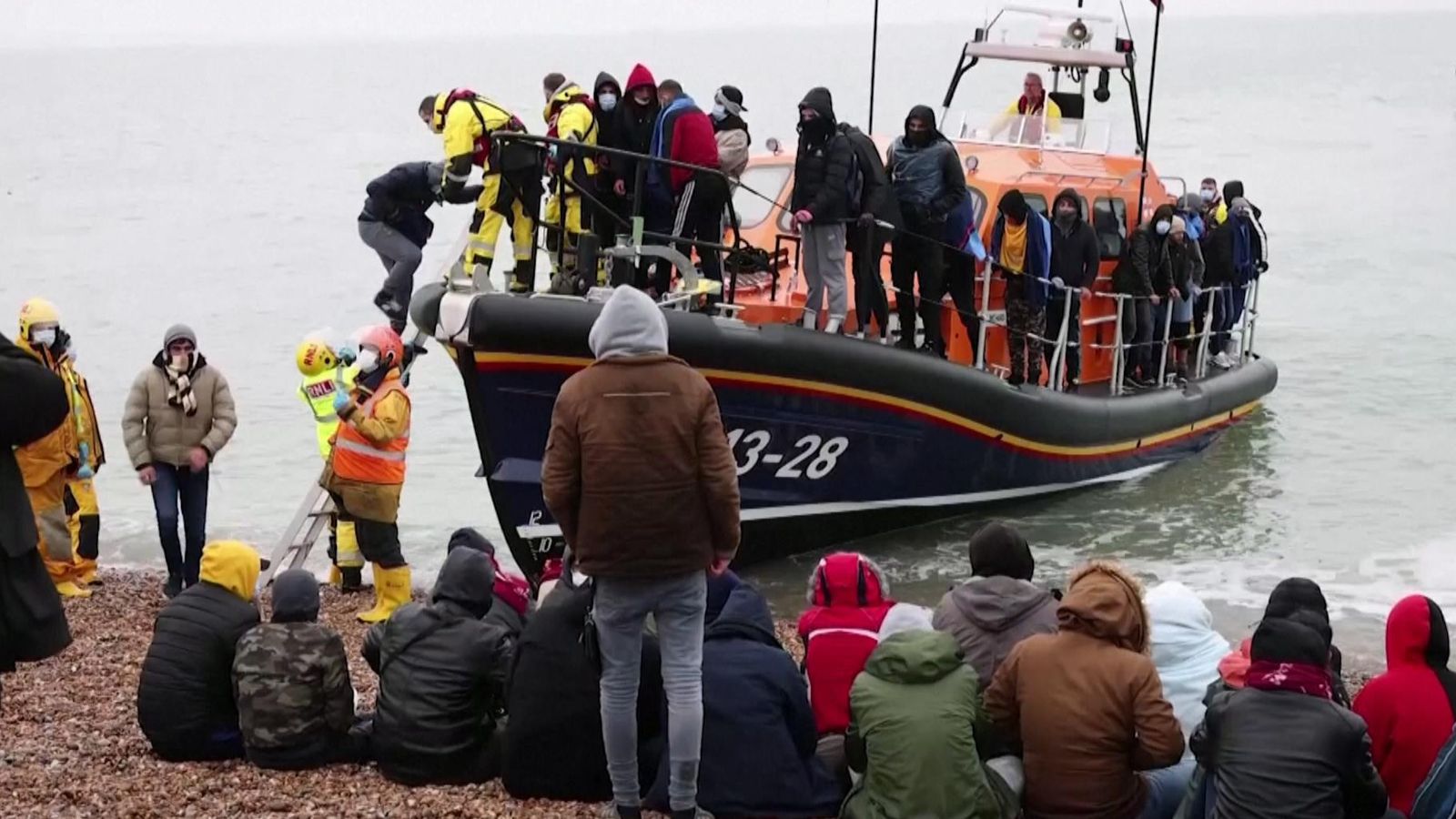 The home secretary has said it was a “dreadful shock which was not a surprise” after 27 people died as they tried to cross the Channel last night.

Priti Patel said the deaths of the migrants is “a reminder of how vulnerable people are put at peril by criminal gangs” charging to send groups across the sea to the UK in small dinghies meant for far fewer occupants.

“There is no quick fix,” she added in a statement to the Commons.

“This is about addressing long-term pull factors, smashing the criminal gangs that treat human beings as cargo and tackling supply chains.”

Ms Patel said she has offered British police and Border Force to join patrols with the French but nothing has so far come of that.

Moments after her public offer, the French foreign ministry said it will stick to the Le Touquet agreement, which allows French border checks in the port of Dover and British border checks in Calais and Dunkirk so people crossing the Channel legally do not have to go through two sets of border control measures.

Ms Patel emphasised that the UK needs to work with other countries, especially France, to tackle the small boats crisis as “we cannot do it alone”.

She said more than 20,000 crossings have been stopped this year while the UK has dismantled 17 organised criminal groups and secured more than 400 arrests and 65 convictions, however as the crisis continues she said “we need to do more together.

The deaths of the people, which included a pregnant woman, trying to make the treacherous crossing to the UK has prompted a blame game on both sides of the Channel.

Both French and British politicians have said they need to co-operate but they cannot agree on how that happens.

French President Emmanuel Macron spoke to Boris Johnson on Wednesday evening when the pair agreed to “keep all options on the table” to break up human trafficking gangs responsible for placing desperate people at risk in the world’s busiest shipping lane.

Moments before Ms Patel spoke in the Commons, Mr Macron said he was going to ask for extra help from the UK, the Netherlands, Germany, Belgium and the European Commission “because all these men and these women don’t want to stay in France”.

“We tell them they’re obviously able to do so, and there are centres in Calais and Dunkirk where they can go, but we’re going to reinforce in fact saving them at sea,” he said.

He said a series of meetings will take place with Ms Patel “in the next hours, in the next days”.

The French interior minister was less diplomatic, attacking the UK’s migration approach and saying migrants are “often attracted” to the UK’s job market.

He also suggested that by hiring people living in the country illegally, British employers are encouraging illegal migration to English shores.

“English employers use this labour to make the things that the English manufacture and consume,” Mr Darmanin said.

“We say reform your labour market. Tell English employers that we need them to be as patriotic as the Conservative government.”

After an emergency COBRA meeting on Wednesday night, Mr Johnson said it is clear French operations to stop the migrant boats leaving “haven’t been enough” despite £54 million of UK support.

He added that the traffickers are “literally getting away with murder”.

More migrants were seen arriving on Kent’s shores on Thursday as the cold but clear blue skies continued ahead of forecasted heavy winds and rain.

This year, more than 25,700 people have made the dangerous journey across the Dover Strait – the world’s busiest shipping lane – to the UK in small boats, three times the total for the whole of 2020.

Alexandria Ocasio-Cortez slams GOP in House floor speech
Why is the UK economy predicted to perform so badly?
Dog walker died from ‘multiple penetrating bites to neck’
CNN reporter has close call with Russian missile
Analysis: Does the UK spend enough of GDP on defence?