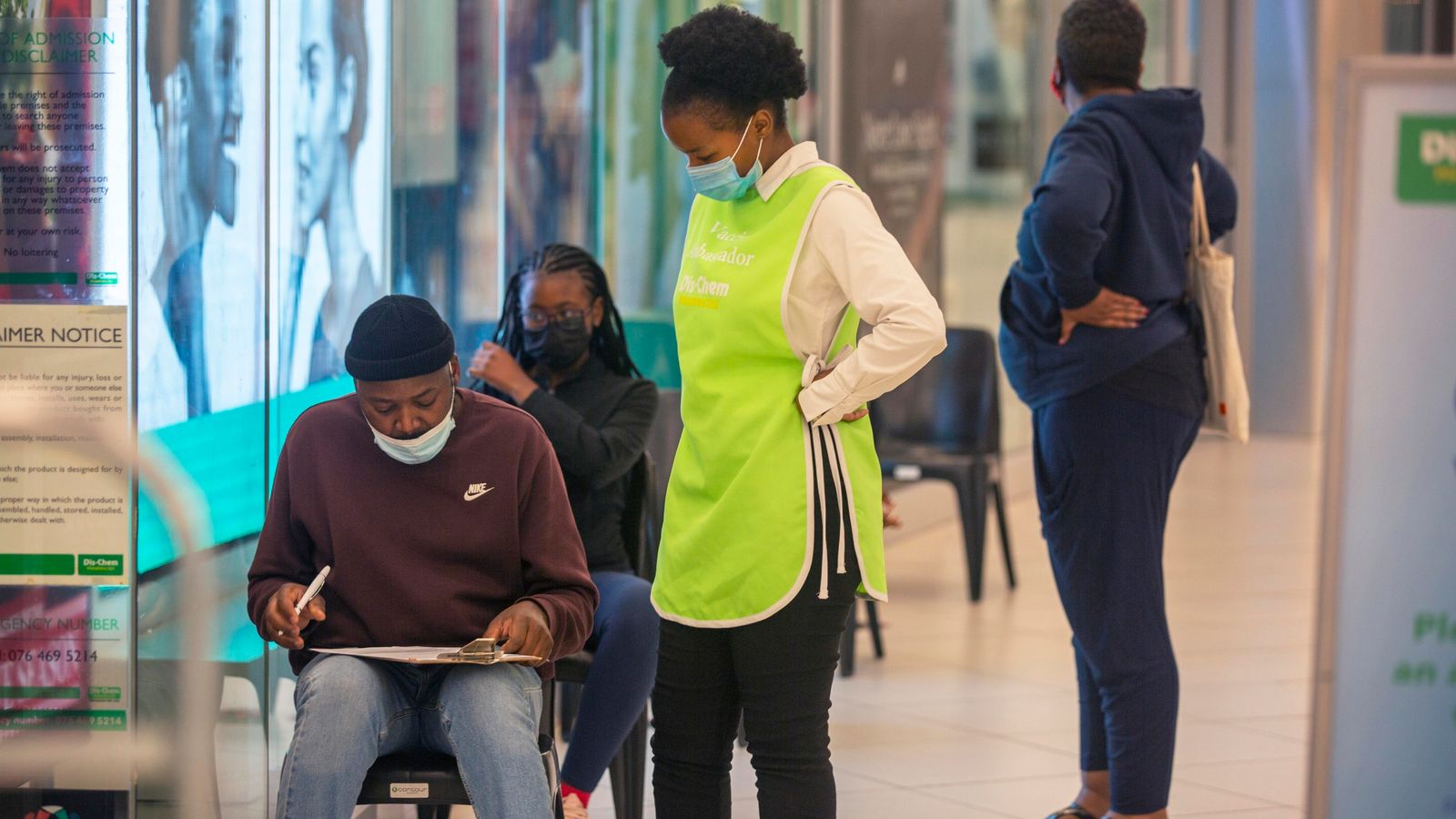 No cases of the new COVID variant have been detected in the UK, but it is highly likely it has now spread beyond southern Africa, the health secretary has said.

Sajid Javid warned the new strain could be more transmissible than the Delta variant and there is a “possibility it might have a different impact on individuals” who get the virus.

He said the UK remains in a “strong position” due to the high vaccination take-up but said the new variant, named B.1.1.529, has an “unusually large number of mutations”.

The health secretary said it “may also impact the effectiveness of one of our major treatments, Ronapreve”, an antibody treatment being used in the NHS.

Mr Javid said: “There are no detected cases of this variant in the UK at this time. But this new variant is of huge international concern.”

He said the UK was the first country to identify “the potential threat of this new variant and to alert international partners”.

He told the Commons the variant has many features of Alpha, Beta and Delta strains but it is not yet known if it causes more severe illness.

The health secretary was making a statement to the Commons an hour before travel restrictions are brought in for six southern African countries following detection of the new variant.

Flights from South Africa, Namibia, Lesotho, Botswana, Eswatini and Zimbabwe will be suspended from 12pm today until 4am on Sunday.

From Sunday onwards, new arrivals of UK and Irish residents into the UK from those countries will be required to quarantine in hotels after they were placed on the red list on Thursday night.

Non UK and Ireland residents will not be allowed in from those countries.

Several other countries have also restricted travel from those six African nations and more are announcing restrictions as Friday goes on.

Mr Javid confirmed the government is still following Plan A for managing COVID-19 this autumn and winter but warned “if we need to go further, we will”.

Why is the UK economy predicted to perform so badly?
Who are the key players in the Russia-Ukraine crisis?
Putin’s threat over Western arms supplies
No 10’s defence of Dominic Raab bullying allegations under scrutiny
‘It’s bad news for the UK economy’ as IMF predicts shrinkage of 0.6%