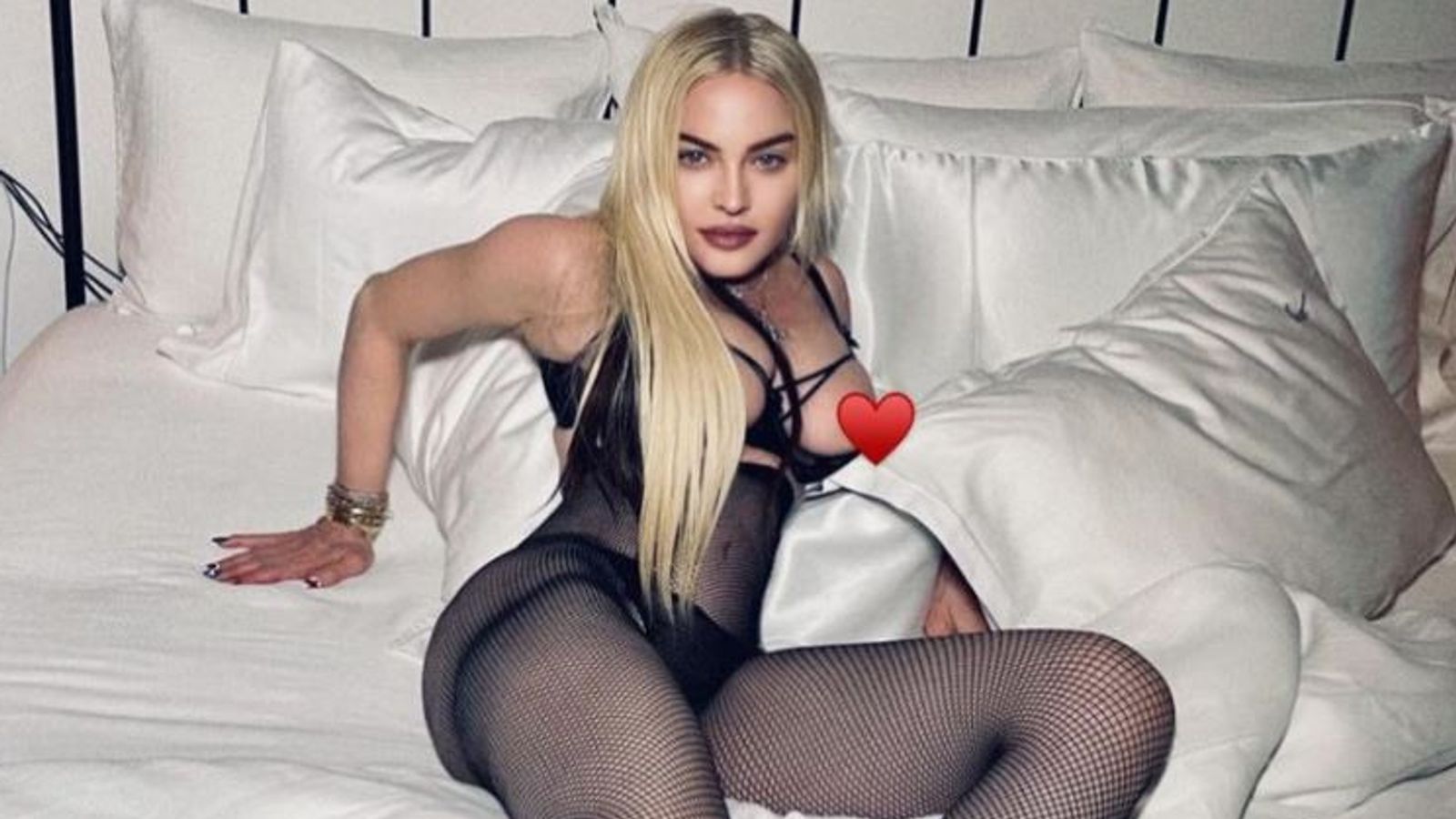 Madonna has hit out at Instagram for taking down provocative photographs in which her nipple was exposed.

The 63-year-old star had shared a series of risqué pictures of herself on and underneath a bed, wearing a cut-out bra, a thong, fishnet tights and high heels, which made headlines earlier in the week.

Resharing the images with a few well-placed emojis on Thursday, Madonna said the originals had been removed “without warning or notification” and that Instagram had told her management it was because “a small portion” of the star’s nipple was exposed.

According to Instagram’s community guidelines, nudity is banned but there are exceptions for photos for health reasons, such as post-mastectomy scarring, and women breastfeeding. Nudity in photos of paintings and sculptures is allowed, too.

“And what about a woman’s ass which is never censored anywhere. Giving thanks that I have managed to maintain my sanity through four decades of censorship…… sexism……ageism and misogyny.”

As well as her music, Madonna is almost as famous for pushing boundaries with fashion and her choices of explicit outfits over the decades.

In the early days of her career, she pioneered the “underwear as outerwear” trend by wearing a corset body suit with conical bra cups, designed by Jean Paul Gaultier.

And in 2016, the star attended the Met Gala in a bondage-inspired Givenchy outfit featuring leather, lace, thigh-high boots, a thong and nipple pasties.

In 2020, the photo-sharing app updated its rules to allow pictures of women holding, cupping or wrapping their arms around their breasts.

After reinstating the images, it said exceptions could be made “to allow nudity in certain circumstances, which includes when there’s clear artistic context”.