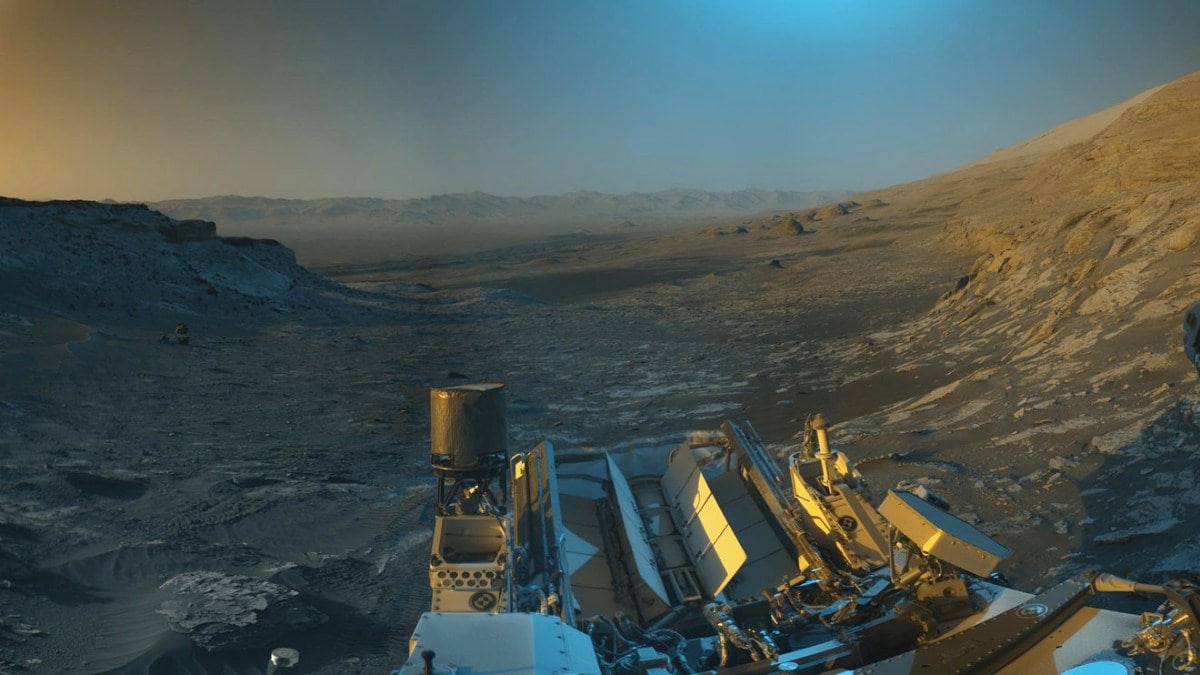 NASA’s Curiosity rover celebrated the 10th anniversary of its launch on November 26 by sending a spectacular postcard from the Red Planet. The rover had captured two black-and-white images of the thrilling Martian landscape while it was perched on the side of Mount Sharp. NASA scientists combined the two images and added colour to them and then shared the composite image on the space agency’s Instagram account. In the caption, NASA said the Curiosity rover was “thinking of you” and so sent this postcard. “Keeping in touch with loved ones is important,” it added.

Usually, Curiosity, which was launched exactly 10 years ago in 2011, captures a 360-degree view of its surroundings with its navigation cameras, before sending the panoramic image to Earth. These images are usually sent in a compressed, low-quality format so that they are easier to send to Earth.

But this time it was different. When the team behind the rover saw the landscape ahead of Mount Sharp, a 5km-tall mountain, they decided it was worth taking the picture in the highest quality.

NASA said in the caption that the beauty of the landscape was so inspiring that the mission team “decided to add a little flair” by combining the images taken at two different times of the day and adding colour to create a rare postcard.

Separately, NASA’s Jet Propulsion Laboratory (JPL), which leads the Curiosity mission, said in a statement that the blue, orange and green tints are not what the human eye would see. Instead, they represent the scene as viewed at different times of the day. Elements from the morning scene were depicted in blue, the afternoon scene in orange, and a combination of both in green.

Mount Sharp lies inside Gale Crater, a 154km-wide basin formed by an ancient impact. Gale Crater’s distant rim is visible on the horizon.