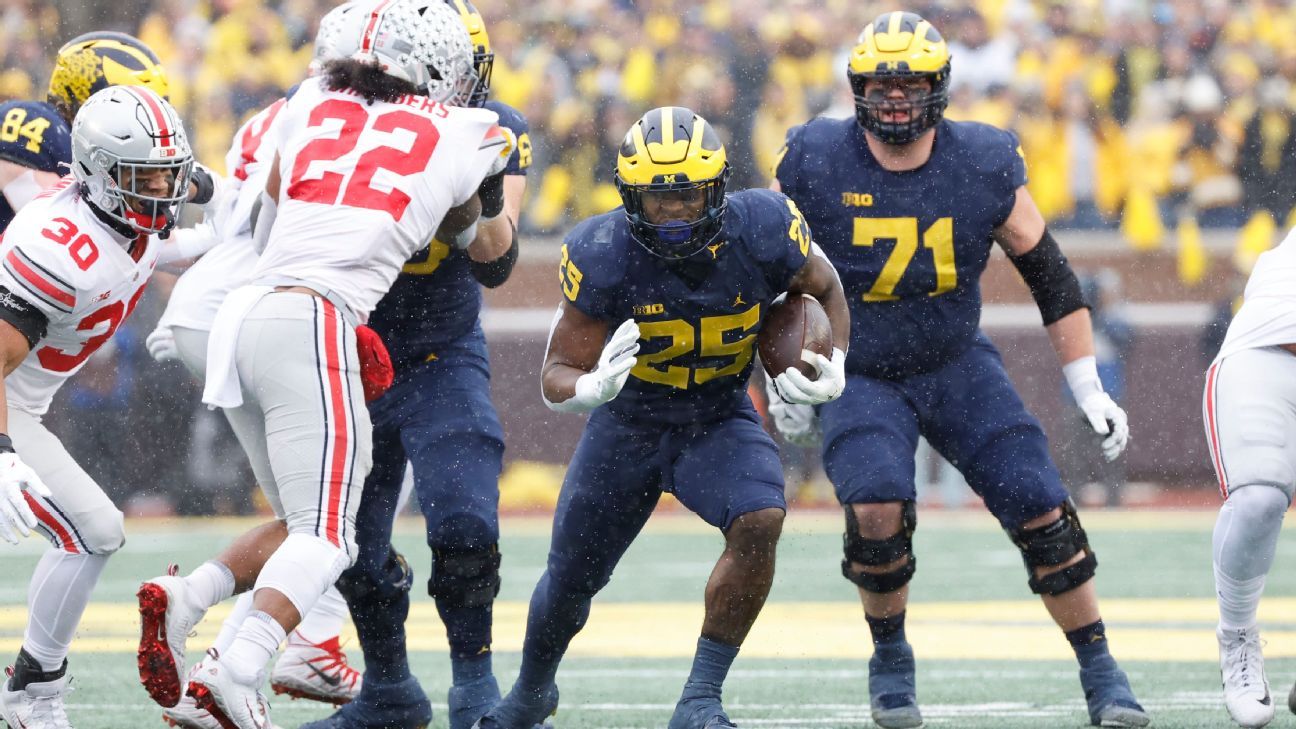 The No. 2 Ohio State Buckeyes vs. the No. 5 Michigan Wolverines. College football doesn’t get much better than a classic rivalry with humongous national championship implications.

For Michigan to win it will have to snap an eight-game losing streak to the Buckeyes and find ways to stop an Ohio State offense that has scored 50 or more points six times this season. OSU quarterback C.J. Stroud is tied for fourth in the country with 36 passing touchdowns. He throws to receivers Jaxon Smith-Njigba, Garrett Wilson and Chris Olave, the only trio in the Big Ten to have multiple 100-yard receiving games.

The Wolverines’ defense, however, has been solid. They are 11th in total defense and are averaging 16.3 points per game this season.

On Saturday, someone might join players like Desmond Howard, Troy Smith, Tim Biakabutuka and Maurice Clarett, former Wolverines and Buckeyes who became school legends for their performances in this game.

Here are the best plays and moments from this year’s edition of The Game:

Michigan gets tricky to score first

Nice start, No. 5 @UMichFootball.@AJHenning3 gets the scoring started with his first career TD in The Game 〽️. pic.twitter.com/G2sw1o7CVc

That moment when you put the Wolverines on the scoreboard first.

A proposal and some pregame hype

We have a proposal on the field before the game pic.twitter.com/ZGOuYpP5f0

We’ve been waiting for this one. 💥

🔥 up the engines. #GoBucks pic.twitter.com/vwjmwOinEc

📍The Buckeyes have arrived. #GoBucks pic.twitter.com/GlM63xLiII

The Nature Boy is ready

.@TomBrady, From One GOAT To Another, GO BLUE! @UMichFootball pic.twitter.com/VeRCrsnRtJ