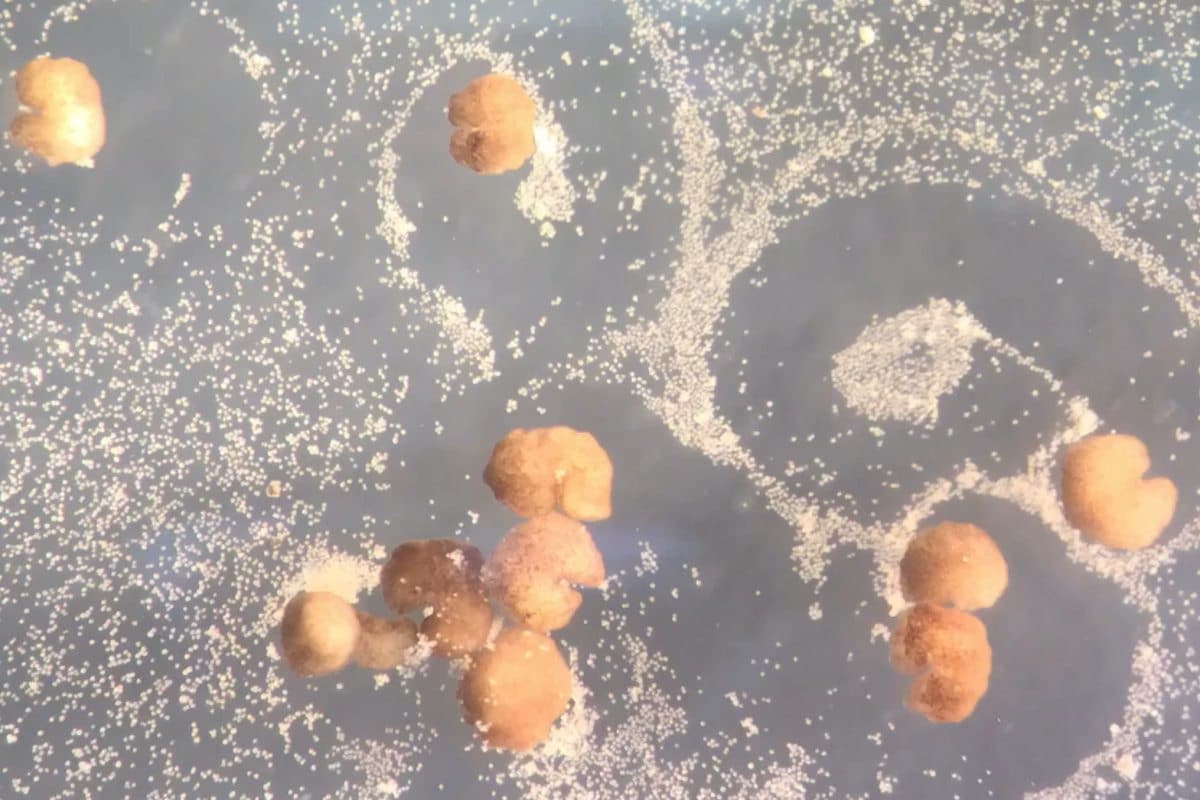 Artificial Intelligence has come a long way to explore the possibilities hidden in the world of robots. AI has enabled robots to walk, swim, and communicate. Now, they are even able to replicate themselves. New research shows that living robots can biologically replicate themselves in a unique way. The discovery was made by the scientists, who came up with the first living robots — called Xenobots — from frog cells in 2020. These tiny computer-designed robots can swim to find and gather new single cells around them. Then, these parent Xenobots assemble the baby robots inside their mouths. The new robots soon grow up to look and move like their parent robots. The replicating process continues over generations of Xenobots.

The results of the new research were published on November 29, 2021, in the Proceedings of the National Academy of Sciences. According to the University of Vermont, the embryonic cells used in Xenobots would develop into the skin in the Xenopus laevis frog. “But we’re putting them into a novel context, ” said Michael Levin, a professor of biology and director of the Allen Discovery Center at Tufts University and co-leader of the new research. He added, “We’re giving them a chance to reimagine their multicellularity.”

Co-author Douglas Blackiston, the senior scientist at Tufts University, said, “People have thought for quite a long time that we’ve worked out all the ways that life can reproduce or replicate. But this is something that’s never been observed before.”

Scientists had the full, unaltered frog genome but they had no idea that these could work together to make self-replicating copies of themselves. “These are frog cells replicating in a way that is very different from how frogs do it. No animal or plant known to science replicates in this way,” said Sam Kriegman, the lead author on the new study.

Xenobots are spherical robots made of about 3,000 frog cells. For these robots to replicate in a self-sustaining manner, they had to be built in shapes that were most efficient. An artificial intelligence program working on the Deep Green supercomputer cluster at UVM’s Vermont Advanced Computing Core found a way to facilitate motion-based “kinematic” replication. That’s when the robots were provided with a PacMan-like mouth.

Scientists believe that this new discovery about self-replicating robots will further our understanding of regenerative medicine. It’ll also help speed up solutions based on AI.

Nadhim Zahawi : ‘It’s obvious Zahawi can’t stay on’ – Labour leader
What has Belarus got to do with the Russia-Ukraine conflict?
How Andrew Yang wants to fix the US economy
Cost of living: Vulnerable people find every action has a ‘price tag’
What is the UN Security Council?