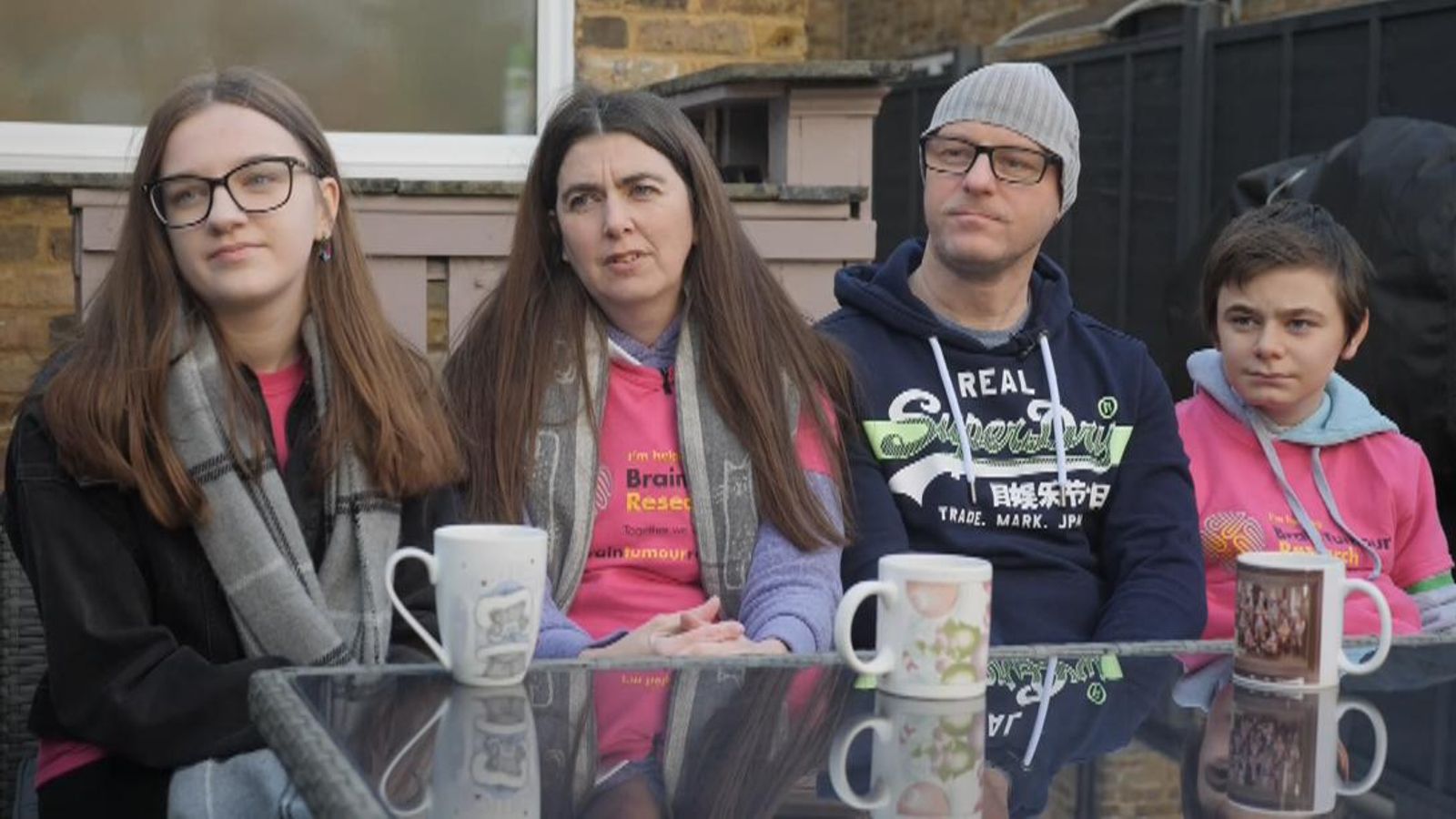 A family of four is gearing up for a second Christmas shielding at home after the father was told he had a brain tumour.

Greg Priddy was diagnosed with cancer at the end of November last year, after his strange behaviour and sudden weakness on his left side prompted his wife to make him seek medical help.

“It was a shock,” he said. “It’s not the kind of news you expect to hear. Because of COVID, I was on my own when I was told the news. I had to tell Jo over the phone and struggled to get the words out.

“The first few days when I was in hospital, all sorts of things are going through your mind… how long have I got? Is it terminal? Am I going to see the kids grow up?”

High dose chemotherapy and a stem cell transplant stripped his immune system and doctors suggested they shield even when it was no longer government advice.

The family agreed and haven’t left home since.

“It’s the hardest thing I’ve ever had to do in my life,” said Greg’s wife, Jo.

“Obviously, we’re missing our friends and family but more, it’s the children missing school and their friends.”

Amelia is 16 and due to take her GCSEs in the summer and Wills is 13.

“It’d be great to have the actual teachers teach me instead of just staring at the laptop trying to get my head around it, but the teachers have been really, really good,” said Amelia.

“Obviously it’s hard not being able to see anyone, not be able to go out, but knowing that it’s going to protect my dad from catching whatever’s out there and just keeping him safe, it does tell you that you are doing a good thing.”

Instead of moping around, the children have fundraised for Brain Tumour Research, making more than £13,000 so far.

Hugh Adams from the charity describes what they have achieved as “extraordinary”.

“They’ve been faced with the toughest of situations following the brain tumour diagnosis and have responded with amazing tenacity and endurance,” he said.

“We’re really, really proud that they’ve chosen to support Brain Tumour Research at this time by doing fundraising to just raise awareness of what’s going on, but also most importantly, protecting themselves.”

Amelia loves to perform and she choreographed 20 dances as requested by friends and family in 20 days to raise money.

And Wills has worn a mini track in the lawn running a mile a day… upped to four miles daily in a festive outfit until Christmas.

His mum has made the costumes and he only finds out what he’s wearing when he opens each door of a special advent calendar.

“It makes me want to make sure everyone in the world knows about how bad brain tumours are,” said Wills.

“When he was in hospital, what I could think about is doing my run.”

It’s also keeping the keen rugby player fit for when he can get back on the pitch.

Greg knows the sacrifice his family has made and describes himself as “very, very lucky”.

“I never said can you do this for me? They opted to do it,” he said.

Next month, once Greg’s immune system is back in action, they’ll finally leave the house but will still need to be cautious.

The family wants everyone to get vaccinated and follow the rules to keep vulnerable people like Greg safe, especially when so little is known about the new Omicron variant.

It’s something Hugh Adams from the charity understands.

“If you needed a reason about why you should shield and protect those who are immunosuppressed or more vulnerable, you could not have a better example than what’s happening with the Priddys,” he said.

“What a wonderful story and what an example they’re setting in terms of how we should all be behaving at this time.”

The good news is, Greg’s currently in remission.

For the family it makes the sacrifice of the past year all worth it… but they can’t wait to be free.