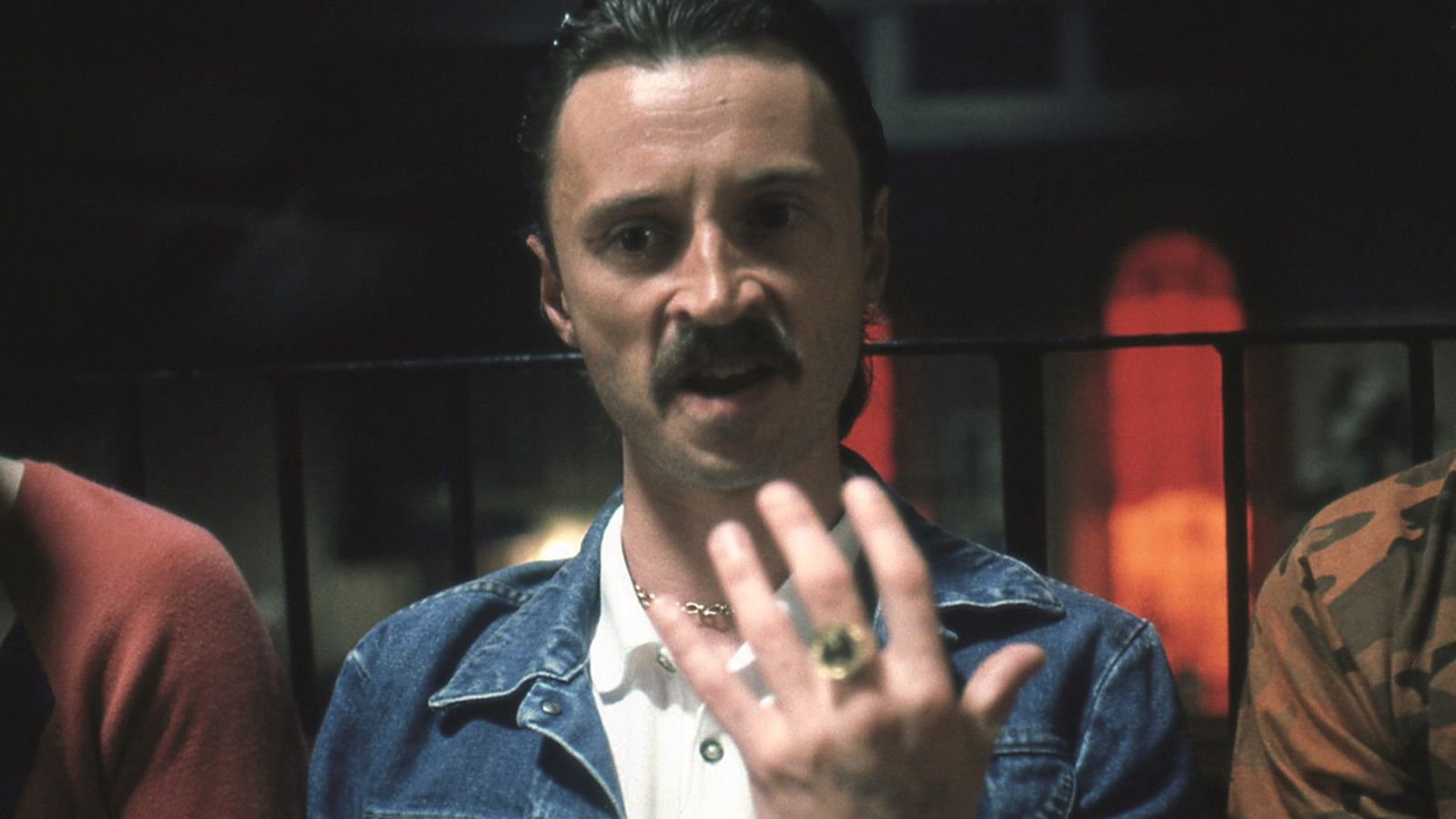 Robert Carlyle has revealed details about a show set to bring back Trainspotting’s Begbie – as a new book tells the stories behind how the cult classic film was made.

The actor is set to reprise the role of the violent psychopath for a new series based on another Irvine Welsh novel, The Blade Artist, which will follow Begbie years after the events of the seminal 1996 film in which he made the character famous.

It comes as a new “definitive” book on the making of Trainspotting, featuring contributions from Welsh, director Danny Boyle and stars including Ewan McGregor, Ewen Bremner and Kelly Macdonald, as well as Carlyle, is set to be released.

#25 Trainspotting features behind-the-scenes photos and interviews on all aspects of creating the modern-day classic – from the stars on what it was like to tell the story to an interview with underwater cinematographer Mike Valentine on what has to be the worst toilet scene ever committed to film.

Carlyle, who went on to star in films including The Full Monty, James Bond’s The World Is Not Enough and The 51st State and most recently appeared on screen in political thriller series COBRA, has said he feels “blessed” to have been involved – and told Sky News he is looking forward to bringing Begbie back.

“It’s a way off at the moment, I would think probably the way these things go, 18 months or so maybe down the line,” he says of the new series. “It’s based on Irvine Welsh’s novel, The Blade Artist, which kind of takes on Begbie’s story well after the whole Trainspotting events have passed by.

“He has discovered art while he’s in prison, his form of art is sculpture. And he ends up marrying his art therapist from the prison, which I guess, you know, that’s a kind of well-worn path that happens a lot. I’ve investigated and studied that, that happens. He’s ended up in California, he’s in California with a wife, children, his artwork has been taken by the kind of glitterati of the day.

“So he’s a kind of cause celebre suddenly, but very quickly, within 10 pages of the book, he gets a phone call from back home and his son has been murdered by a gang. So he has to go back, and as he goes back, it just spirals out of control.”

Trainspotting was the story of the horrors and hedonism of heroin addiction set in 1980s Leith in Edinburgh, an anarchic tale of a disenfranchised generation set to a soundtrack of Iggy Pop, Underworld, Pulp and Lou Reed, that became a cultural phenomenon when it was released 25 years ago.

Choose Life, the monologue by McGregor’s character Mark Renton, remains instantly quotable and the film’s famous posters recently inspired a united campaign by northern newspapers over the decision to scrap the eastern leg of the HS2 rail project between Birmingham and Leeds.

Carlyle pulled off the feat of portraying a horrible, psychotic hardman who was, despite it all, beloved by audiences. Begbie is the character that keeps on going, he says.

“I get, you know, daily almost, sometimes, I get someone coming up saying ‘Begbie’ and they want to talk about the character,” the actor says. “He’s just transcended, far and away, from what I ever expected. I always say this, and it’s true, that I genuinely just feel privileged, you know, that I got the opportunity to play that part.”

Carlyle describes the new book, #25 Trainspotting, by author Jay Glennie, as a thorough guide to the making of the film, while Welsh himself has called it “the definitive work on the movie”.

Glennie, who has written similar books on Raging Bull and The Deer Hunter in collaboration with Robert De Niro, recalls how the actor told him he was unsure about playing Begbie at first due his stature in the book.

“He’s huge in the book,” says Glennie. “But [Boyle] said to him, ‘no, no, no, small psychos are the best’. And that, to me, is just Danny’s great direction. He’d seen, you know, the small guys in these gangs are normally the most psychotic.”

Of Carlyle’s performance, Glennie says: “He could have been a very dour, evil person. But he’s one of the most lovable, most memorable characters. That’s not often the case when a nasty piece of work like Begbie comes on to the scene.”

#25 Trainspotting, by Jay Glennie, is released on 6 December