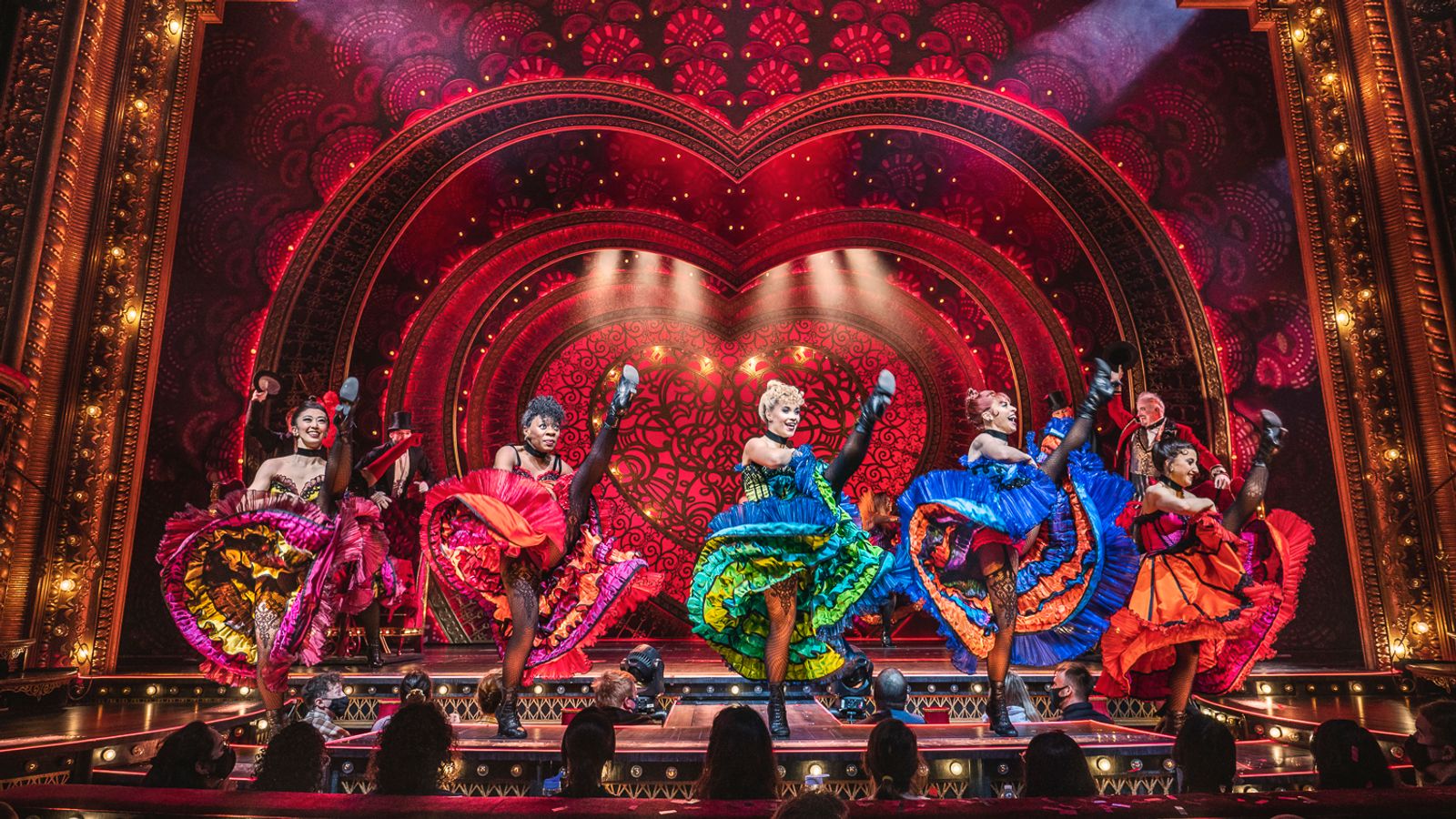 Moulin Rouge, one of the most hotly-anticipated musicals to hit the West End in recent years, will finally throw open its doors next week after months of uncertainty in the industry.

It comes amid renewed fears over safety and keeping shows on stage as a new coronavirus variant emerges.

The production, at London’s Piccadilly Theatre, became the first in the West End to make masks mandatory as part of the booking terms and conditions – so by purchasing a ticket, people are agreeing to cover their faces during the show or could be asked to leave.

Other theatres around England are also beginning to follow suit, as the latest COVID-19 variant Omicron flares up, with the Society Of London Theatre encouraging audiences to stay safe over the winter as part of its See It Safely campaign.

Government advice currently says that close contacts of those who have caught Omicron must self-isolate too, regardless of vaccination status – a worry for those involved in this huge production.

“If somebody gets Omicron, then no matter what, it just shuts the show,” lead actor Jamie Bogyo (who plays Christian) explained to Sky News.

“Just because of the way the rules are for the next at least two and a half weeks.”

The threat of having to close down a show due to one case of Omicron harks back to what happened in the summer, when the so-called pingdemic took Cinderella, Hairspray and Lion King off stage for several days, despite the lifting of restrictions, prompting Lord Andrew Lloyd Webber to publicly criticise the government over its rules.

The cast and production crew at Moulin Rouge are doing everything in their power to mitigate risks – including daily testing and constant mask-wearing.

In fact, the only time the cast are allowed to take theirs off is when they step on to stage.

“We even have masks to wear when we’re walking around from stage left to stage right. It’s a lot,” Bogyo added.

“People are trying to figure it out…they’re doing everything they can to a certain point – I don’t know what more they can do. We just have to take a bit of a leap of faith.”

But as ever, The Show Must Go On, Come What May, with Liisi LaFontaine (the show’s Satine) defiantly adding: “If it does shut down, we’ll come back stronger than ever.”

The show itself, which has won a plethora of awards on Broadway, is an adaptation of Baz Luhrmann’s 2001 movie musical of the same name, which starred Ewan McGregor, Nicole Kidman and Jim Broadbent.

It tells the story of Christian, a writer who travels to France to join the Bohemian revolution but ends up writing a play to get the ailing Moulin Rouge back on its feet – while falling in love with dancer and courtesan Satine.

The Piccadilly Theatre in the heart of London’s West End has been transformed into the Parisian venue, which will immerse audiences even before the actors hit the stage.

“Immersive is absolutely the word of what we were sort of going for,” director Alex Timbers told Sky News.

“That movie feels so immersive, so we said ‘how do we sort of knock down the footlights and put ramps and runways into the audience, and wrap the theatre in design and have a can-can dancer racing by your legs as they come to the stage?’

“And that’s the kind of electric feeling… that we’re really going for here.”

Moulin Rouge! The Musical opens on 8 December at the Piccadilly Theatre, and is currently in previews.