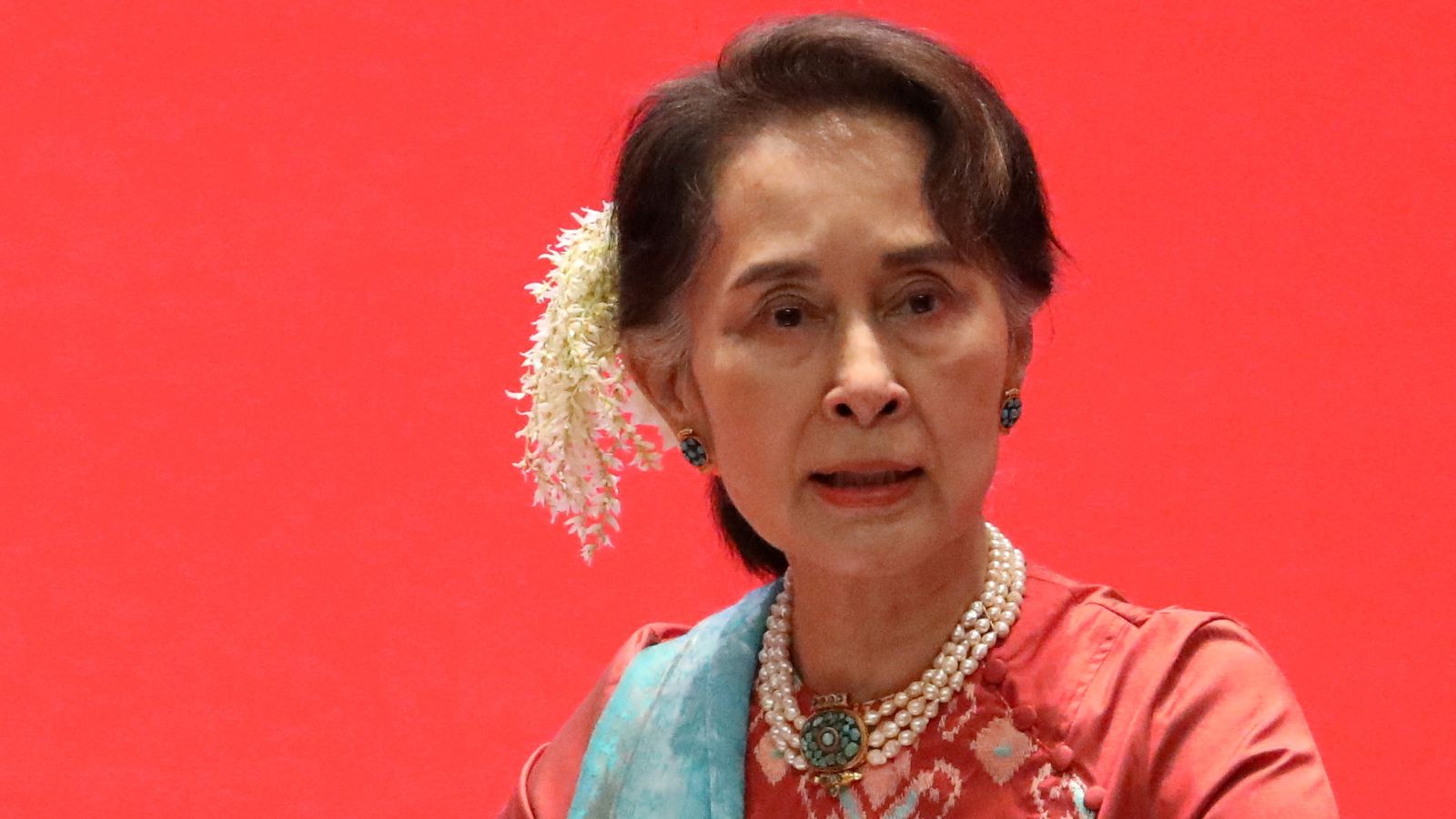 Myanmar’s deposed leader Aung San Suu Kyi has received a four-year jail sentence as a court delivers the first verdicts in a number of cases which could see her imprisoned for decades.

The 76-year-old has been in detention since 1 February when the military seized power in a coup.

Ms Suu Kyi has been charged with a range of offences including corruption, possessing unregistered walkie-talkies, and violating the official secrets act.

Combined, it is estimated the charges carry maximum jail sentences of more than 100 years.

The trials have been held behind closed doors and Ms Suu Kyi has not been seen in public since her detention.

She received the four-year term on Monday on charges of incitement and breaking COVID-19 restrictions.

Myanmar‘s ousted president Win Myint was given the same jail sentence, while Dr Myo Aung, the former mayor of Naypyidaw, was given a two-year sentence.

Journalists are barred from entering the court and Ms Suu Kyi’s lawyers have been banned from speaking to the press.

Supporters of Ms Suu Kyi claim the charges are bogus and an attempt to block her from returning to power.

Richard Horsey, an expert at International Crisis Group told Sky News “This is the first of many charges against Aung San Suu Kyi to be heard.

“This is not a legal process, it is retribution against Aung San Suu Kyi – basically, Min Aung Hlaing flexing his muscles.”

Amnesty International’s deputy regional director for campaigns, Ming Yu Hah, said: “The harsh sentences handed down to Aung San Suu Kyi on these bogus charges are the latest example of the military’s determination to eliminate all opposition and suffocate freedoms in Myanmar.

“The court’s farcical and corrupt decision is part of a devastating pattern of arbitrary punishment that has seen more than 1,300 people killed and thousands arrested since the military coup in February.

“There are many detainees without the profile of Aung San Suu Kyi who currently face the terrifying prospect of years behind bars simply for peacefully exercising their human rights. They must not be forgotten and left to their fate.

“As violence escalates, displacing tens of thousands of people and setting up a humanitarian crisis in the middle of an ongoing pandemic, the situation in Myanmar today is alarming in the extreme. Without a decisive, unified and swift international response this can and will get worse.”

At the time of publication, the military spokesperson couldn’t be reached for comment but has previously said Ms Suu Kyi would be afforded due process by an independent judiciary.

The military later alleged the victory was a result of election fraud and claimed it needed to take over the running of the country, overthrowing the democratically elected government.

More than 10,000 people have been arrested since the coup and more than 1,300 have been killed, according to figures from the Assistance Association for Political Prisoners Burma (AAPPB).

Many of the dead were shot by security forces as they took part in pro-democracy protests.

On Sunday, it was reported that five people died and at least 15 people were arrested after junta forces rammed a car into anti-coup protestors in Yangon.

The UN, UK and US are among those to have repeatedly condemned the ongoing violence and called for the immediate release of political prisoners.