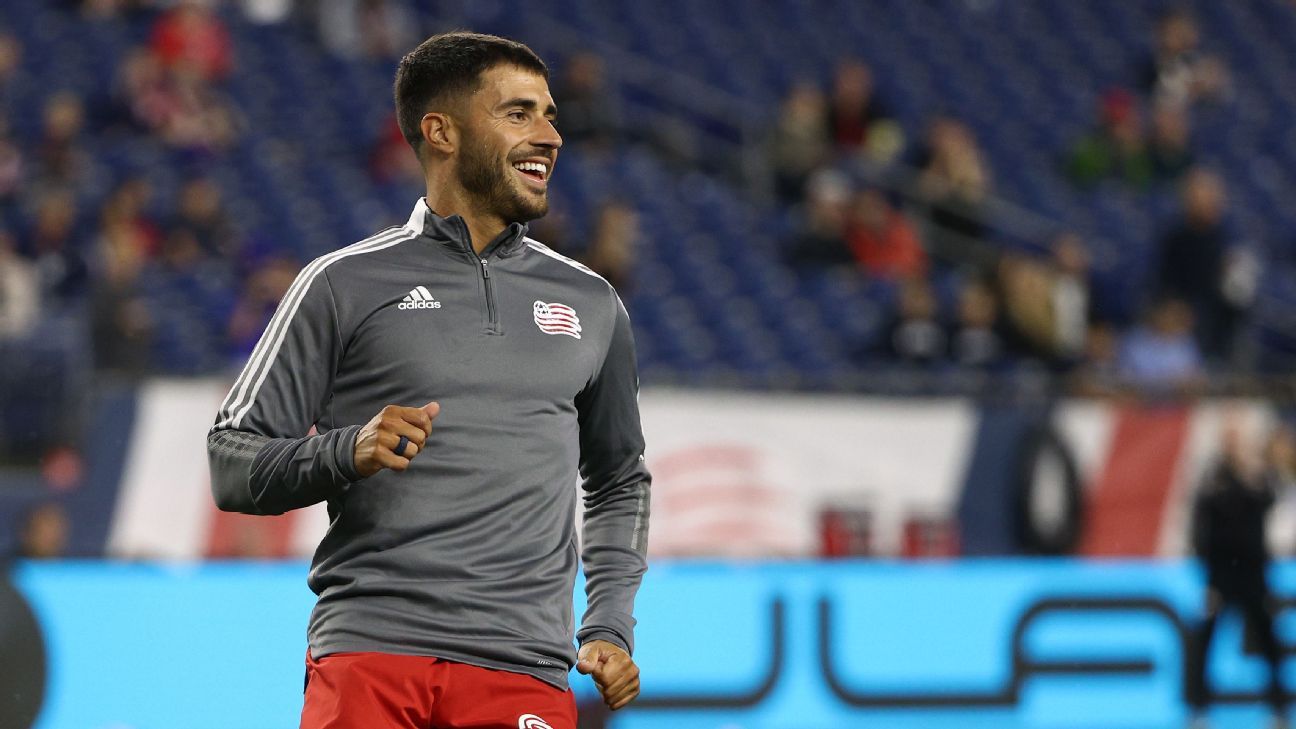 Professional soccer players are in constant search of the perfect situation. It’s one where the player’s talent, role, the team, the manager and the city all come together to allow that performer to show the best version of his or her self.

For some, that goal is achieved early in their careers. For others, it never arrives. For New England Revolution midfielder Carles Gil, it meant a meandering path through several clubs in multiple countries, but he’s found his comfort zone at last, and after a stellar season for the Revs, it culminated with Tuesday’s announcement of him earning Major League Soccer‘s MVP award for 2021.

“I’m very happy, but also for my team, my teammates,” Gil told ESPN. “I think this trophy has my name because it’s an individual trophy. But we make this together, no? Because we had an amazing regular season.”

There is also gratitude for what his move to New England has meant for him and his career.

“When I arrived, I was in a moment where I didn’t have this confidence,” he said. “I didn’t enjoy playing football, and [New England] changed all of these things.”

Gil’s soccer journey began as a 5-year-old with hometown club Valencia, Spain. Among the youth coaches who noticed him was former U.S. assistant and newly appointed FC Dallas manager Nico Estevez. While Estevez spent more time coaching Gil’s brother Ignacio, he recalls that Carles was a late bloomer due to his smaller frame. Some clubs wouldn’t have the kind of patience to bring a smaller-sized player along, but Valencia’s experience with another diminutive playmaker in David Silva meant they gave Gil the time he needed.

His size had its advantages, too.

“When you play against pretty physical players, you need to be smarter than them, you need to read the game quicker than the others,” Estevez told ESPN prior to taking over at Dallas. “You need to find a way that you can survive.”

Estevez notes that the demands of a club like Valencia are high. Fans love nothing more than to see a player from the academy break through, but the club is also expected to play in the Champions League and contend for titles. Then there is the competition for places.

“Even Isco had to go to Malaga, and then he went to Madrid,” said Estevez. “Portu had to go to Albacete, Girona, and now Real Sociedad. Juan Bernat is the one that could make it because his position in the first team as a full-back, there was a need in that moment. It’s difficult that you are going to get minutes with the first team, and it was the same for Carles.”

Gil was loaned to Elche for two seasons, including a successful promotion campaign in 2012-13, but it wasn’t enough to make a consistent breakthrough with Los Murcielagos, and midway through the 2014-15 campaign he secured a move to Aston Villa. Gil admitted that the expectations of playing for his hometown club weighed heavy.

“It was difficult for me. I was so young. It was too much pressure for me,” said Gil about his time with Valencia. “I played in my country, my city, being close to my family, my friends. I don’t know why, but I feel pressure, I didn’t feel comfortable. At Valencia, we had an important team, with Rodrigo, Alvaro Negredo, Andre Gomes, so it was very difficult to have minutes. And that’s why I left Valencia. I needed to change because I didn’t feel good.”

His time with Villa didn’t go much better. Manager Paul Lambert was fired shortly after Gil arrived, and replacement Tim Sherwood preferred a more physical presence in the midst of a relegation battle. While the club avoided the drop that season, it wasn’t as fortunate the following campaign.

A move to Deportivo La Coruna followed, but the search for the perfect situation once again proved elusive. He endured another relegation at the conclusion of the 2017-18 season, and he barely saw the field under then-manager Clarence Seedorf. His playing time increased in Spain‘s second tier, but his joy for the game was waning.

“Football is so physical, and sometimes it doesn’t happen that you win, [even if] you work hard,” he said. “It doesn’t only depend on you, but it was a difficult moment for me.”

When news of Gil’s unhappiness reached then-New England manager Brad Friedel, he sprang into action. Friedel mined his contacts at Villa, and they vouched for Gil’s ability and professionalism, although the deal nearly died several times over the financial terms.

“Carles had to bend a lot to get the deal done,” said Friedel, grateful to have a playmaker on the team at last. “He sees things two or three passes earlier than most. He has a really quick shift. You know he’s left footed, and more times than not he’s going to go to his left foot, but he does it so quickly and with such guile it’s difficult to stop.”

But the deal eventually got over the finish line, and despite the team’s early struggles that season, Gil soon won over his teammates, not only with his ability and competitiveness, but with his near complete lack of ego. New England forward Teal Bunbury recalls meeting Gil for the first time during the team’s training camp in Marbella, Spain, and was immediately taken with the Spaniard.

“He had this humble kind of confidence about him, and I just remember him coming up and saying, ‘Hey,’ and in my mind, I’m like, ‘Oh, I’m really gonna like this guy,'” Bunbury said. “I just liked his demeanor. A lot of designated players have come and gone, and I feel like, in that moment, he was going to be a special type of DP. Then we saw him training, I was like, ‘Oh, wow, this guy is next level, this guy is a DP that we need on this team, something really special.'”

Gil has backed up the DP tag at every stage, winning the league’s Newcomer of the Year award in 2019. His numbers this season were borderline staggering. His 20 assists led the league, and were it not for an injury in the latter half of the regular season, he might have threatened Carlos Valderrama’s single-season assist record of 26. Gil’s 136 chances created, per ESPN Stats & Information, were miles ahead of second place Emanuel Reynoso of Minnesota United, who had 97.

Major League Soccer is here! Coverage of all 27 teams with live games, replays, highlights.
Sign up now to stream soccer on ESPN+

It has helped that in New England, everything has lined up for Gil. He’s surrounded by talented players like Adam Buksa, Gustavo Bou and — up until now — Tajon Buchanan. That the Revs are one of the league’s top teams means he spends considerable time on the ball. He has a manager in Bruce Arena willing to give him full attacking responsibilities, although Gil’s defensive work rate is impressive as well.

“He gives me confidence to be an important part of the group,” said Gil about Arena. “I think that’s why I have this big moment with him.”

And it must be said, he’s in a league that is a level below LaLiga and the Premier League. The spaces are a little easier to find, defensive pressure is slower to arrive. His past experience living in England made it easier to adapt to living in the U.S., although he’s quick to credit his teammates for helping in that process.

Estevez said that Gil is “finding the peace in his mind.” Gil doesn’t argue, although the fact that the Revs, in the midst of a record-setting season, didn’t win MLS Cup still drives him.

“In football, you never know. Sometimes you are looking for the perfect team, the perfect place, and you don’t find it because it’s not only you, it’s many things,” he said. “I find the perfect place to be happy, to enjoy, to improve, to try to do my best football. And yes, now of course, I want to rest to be ready for next season. We did a good job. We didn’t finish like we wanted, but I think this club every year is improving. Hopefully next year we are a better team.”

With Gil at the controls, that seems likely.

Hear what Putin critic thinks could lead to Putin’s downfall
Ukraine Invasion: All the latest developments
US Coast Guard says this ship off Hawaii coast is a Russian spy ship
PMQs: Sky’s Beth Rigby on another ‘uncomfortable’ PMQs for Rishi Sunak
Ukraine War: Will Germany send tanks to Ukraine?