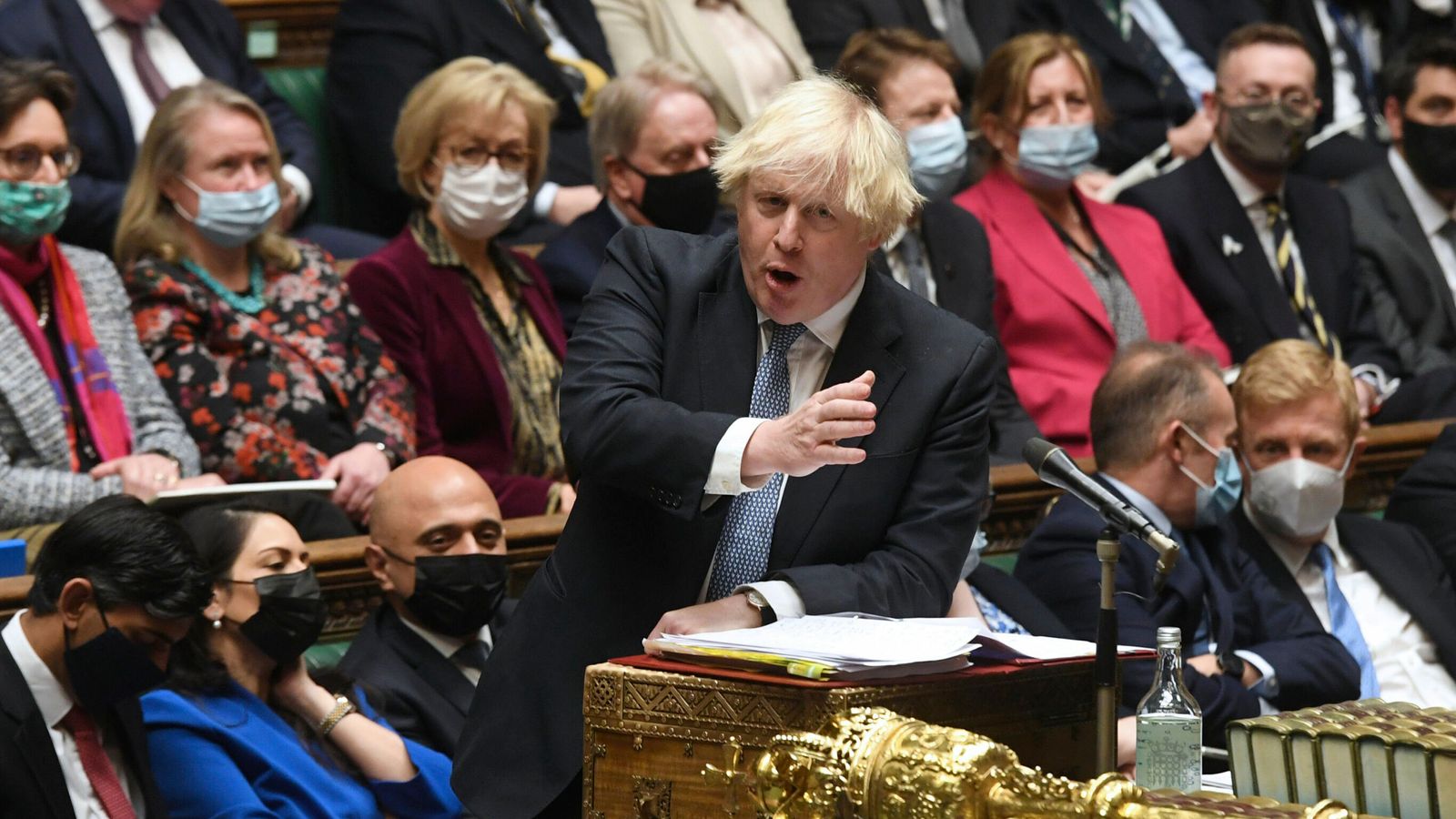 Boris Johnson is facing mounting pressure from senior backbenchers over an alleged lockdown Downing Street Christmas party and the move to “Plan B” COVID restrictions.

Conservative former chief whip Mark Harper led the criticism against the government as Health Secretary Sajid Javid told the Commons further measures were being brought in from Friday, including vaccine passports, a work from home mandate and extended face covering rules.

Mr Harper, chair of the COVID Recovery Group, told the Commons the government’s credibility over the last few weeks – over the Owen Paterson lobbying row and a Downing Street Christmas party last year – “has taken a hit”.

“Why should people at home listening to the prime minster and the secretary of state do things that people working in Number 10 Downing Street are not prepared to do?” he asked.

Shouts of “resign” and “what a load of old tripe” echoed around the Commons as Mr Javid laid out the new rules, while the PM carried out a news conference at the same time.

Mr Johnson said he was “very very sorry” to see his adviser, Allegra Stratton, resign on Wednesday afternoon after a leaked video showed her joking about a Christmas party at Downing Street days after a sizeable shindig was said to have happened while London was in Tier 3 restrictions, with households not allowed to mix indoors.

And a Conservative party spokesperson has confirmed that four Conservative Campaign headquarters staff have been disciplined after it became aware of a social gathering organised by the Shaun Bailey London mayoral campaign had taken place on 14 December last year.

But Ms Stratton’s resignation did not appear to relieve pressure on the PM or the government from within its own party.

Tory MP William Wragg was heard shouting “resign” at Mr Javid after the health secretary confirmed the NHS COVID pass would be needed to enter nightclubs or large events.

And former cabinet minister Greg Clark said Mr Javid had “reversed his position and jumped the gun” as he said the data on hospital admissions “is not available yet”. 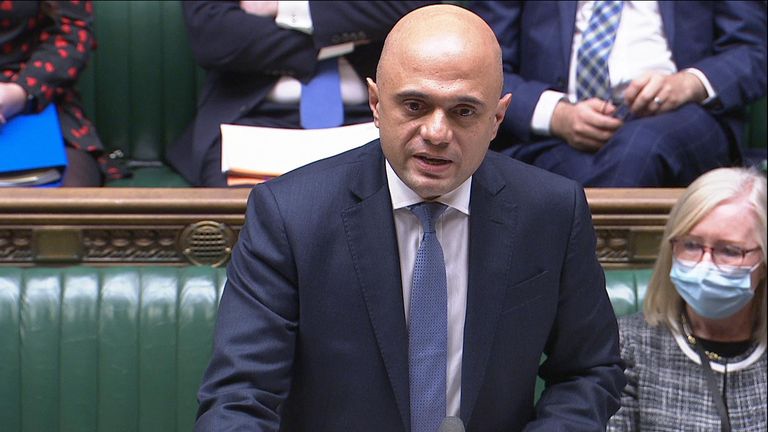 He said: “Vaccinated people can still catch and transmit the disease, and there is a sizeable chance that passports will introduce a false sense of security, giving exactly the reverse result to which the secretary of state intends, so why is he using them?”

“Can I remind the secretary of state that in March 2020 we were asked to impose restrictions for three weeks while the health service capacity was increased.” 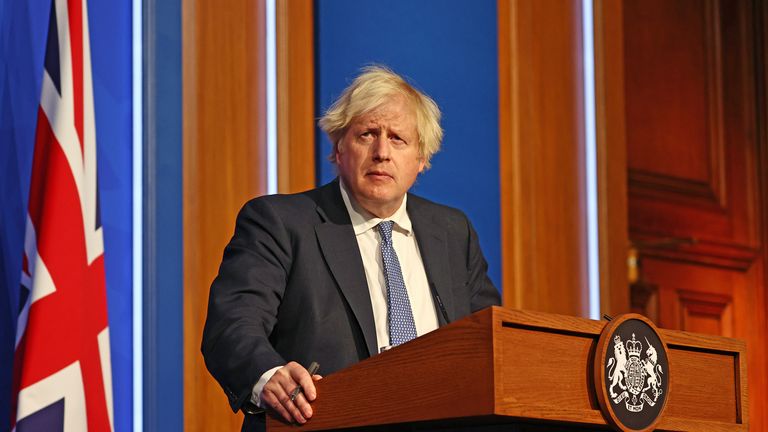 Former GP and cabinet minister Dr Liam Fox said the data so far means it is “difficult to justify these extra measures” but he did welcome daily tests instead of isolation for people who have come into contact with someone infected with the Omicron variant.

“In the bigger picture we cannot allow permanent threats of overloading the NHS as a means to maintain semi-permanent restrictions on our people,” he said.

But Labour supported the new measures, with shadow health secretary Wes Streeting saying Mr Javid “is not the risk to public health” as he called on Tory MPs to “think about and search their own consciences” over the PM’s leadership

“His contempt for the public won’t be forgotten.”

‘I will regret those remarks for the rest of my days’

Commons leader Jacob Rees-Mogg, who is not a supporter of restrictions, will no doubt face questions on the new measures when he leads business questions in the Commons this morning.

MPs will get the chance to debate the measures next Tuesday, although the mask and work from home mandate will already have come into play by then.

The measures will expire six weeks later, but will be reviewed in the first week of January.