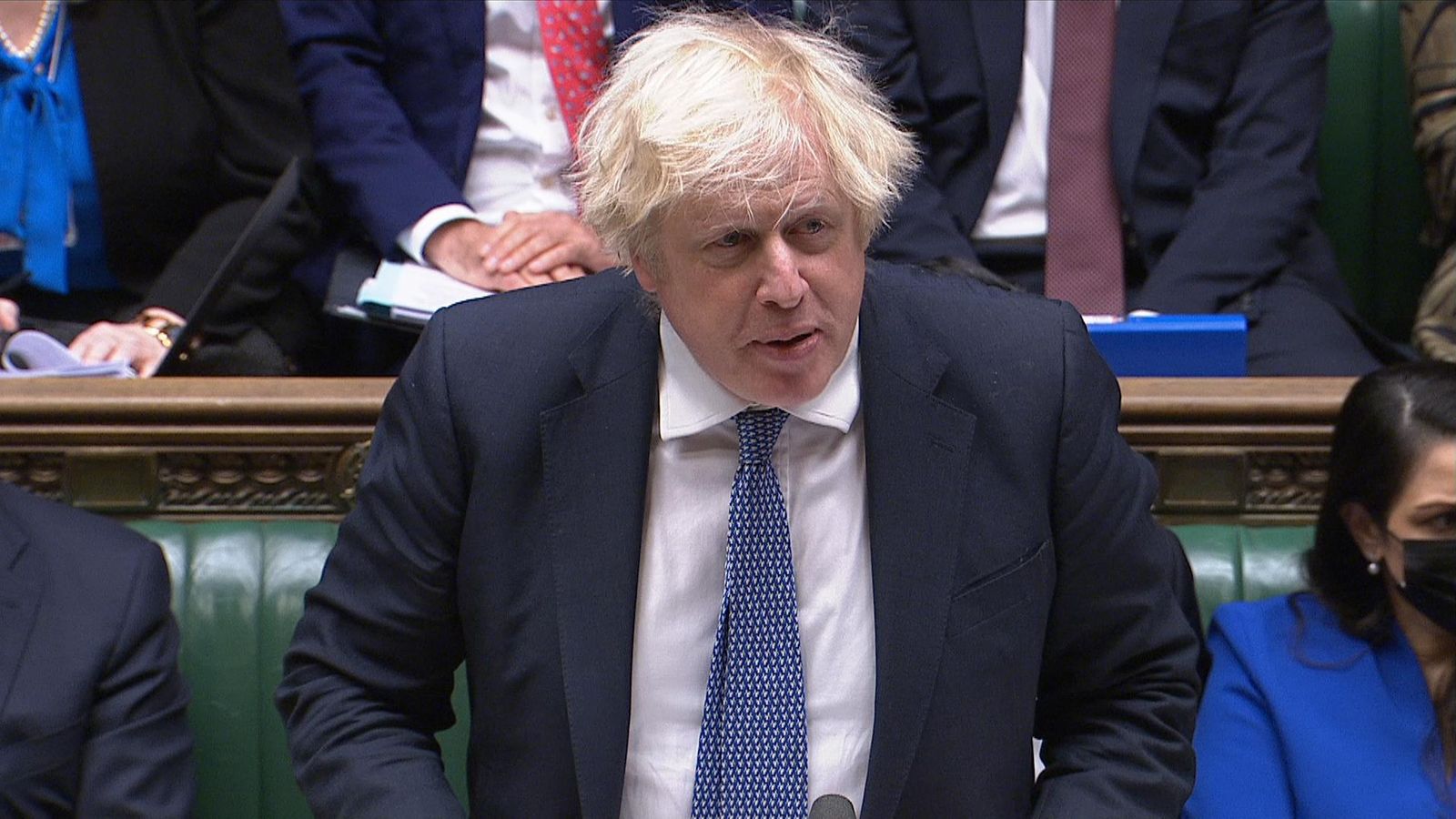 Fewer than one in 10 people believe Number 10’s claim that no party took place in Downing Street last December during lockdown.

An Opinium poll for Sky News found 64% think a party did take place, 9% said it did not take place and 27% did not know.

This suggests the public is sceptical of assurances by Boris Johnson and the Downing Street spokesman over the last week that there was no party on 18 December last year while London was in Tier 3 restrictions.

Today at Prime Minister’s Questions, Mr Johnson said he had asked Cabinet Secretary Simon Case, who was not at the party, whether he was misled.

Afterwards, Number 10 softened its response about the party, refusing to repeat that there was “no party” – a denial they were offering as recently as yesterday.

Instead, when asked if there was a party, the Number 10 spokesman said: “You heard what we said on this before.

“The prime minister was assured there was no party but in light of the video he asked the Cabinet Secretary to establish the facts.”


This new response suggests the possibility that Mr Johnson was misled about whether there was a party.

The poll, taken yesterday and today, reveals even 55% of Tory voters think there was a party in the face of the denials.

Separately, 65% of adults believe that COVID rules were not followed at the time.

Mr Johnson’s integrity has been called into question, according to the poll.

There were 63% of voters saying Mr Johnson was not telling the truth about what happened, with 12% saying he is. And 46% of Tory voters do not believe Mr Johnson, the poll found.


Number 10 said the investigation into what happened in Downing Street in December will be conducted by Cabinet Office officials reporting to Mr Case.

The spokesman was unable to say how long it would take, or whether it would be ready before Christmas.

“We want this as soon as possible,” he said.

Mr Johnson’s official spokesman and his political press secretary also both refused to answer questions about whether they personally attended the party, saying that they would “not get into individual cases”.

Downing Street acknowledged that Mr Case’s investigation would not look at other events in Number 10 that winter.

Reports suggest some of the parties took place in Mr Johnson’s personal flat, though his wife’s spokeswoman has denied this.

The Opinium poll also found a majority – 53% – of voters now think that Mr Johnson should resign as prime minister, up five percentage points from a fortnight ago.

And 28% think he should stay in his job, down three percentage points, while 21% say they do not know.

Opinium interviewed 1,116 adults across the UK online on 7 and 8 December for Sky News.