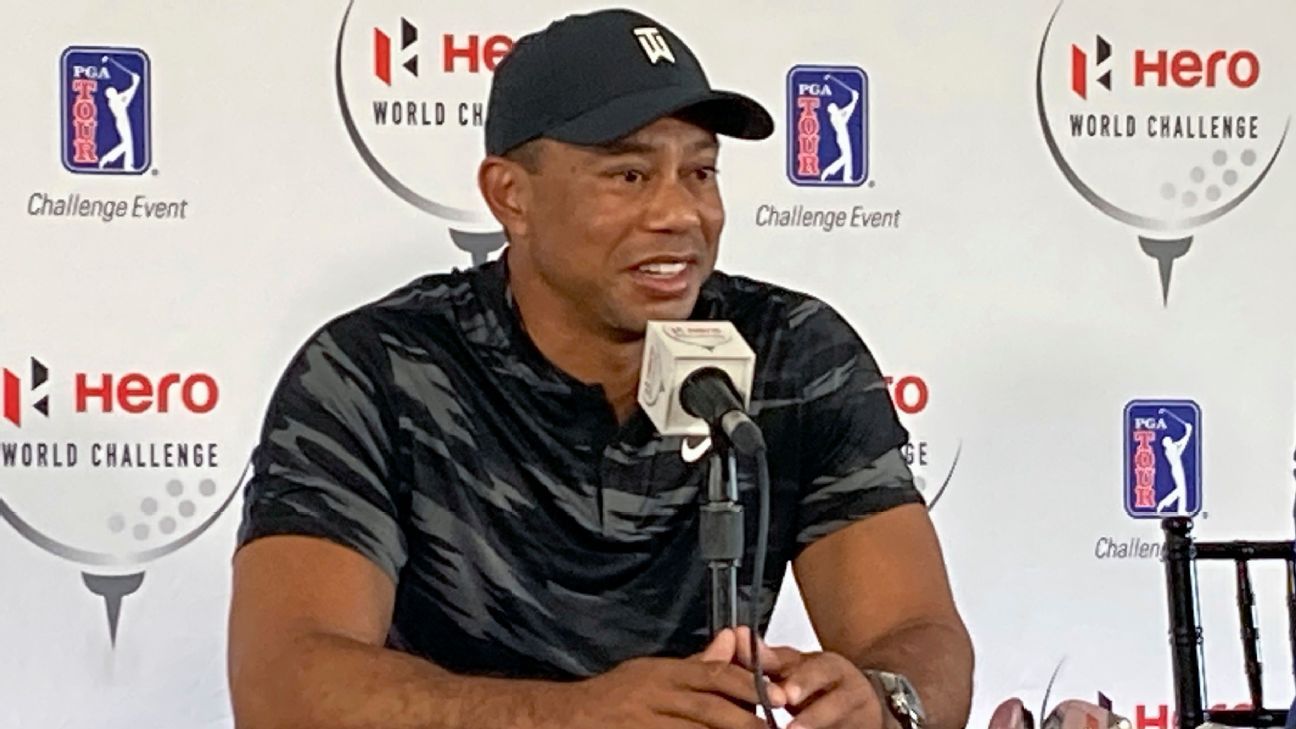 Tiger Woods said Wednesday he will play with his 12-year-old son, Charlie, next week in the PNC Championship.

“Although it’s been a long and challenging year, I am very excited to close it out by competing in the PNC Championship with my son Charlie,” Woods tweeted. “I’m playing as a Dad and couldn’t be more excited and proud.”

The 36-hole event begins Dec. 18 and is for major champions and a family member.

Last year, Woods and Charlie tied for seventh. It was the last time he played competitively before his Feb. 23 car crash that had him hospitalized and led to months of rehab on his right leg and foot.

Last week, Woods said he had a “long way to go” before he would be ready for PGA Tour gold but acknowledged “hit and giggle” events could work. Woods will be able to use a golf cart.

“We have been liaising with Tiger and his team for some time and are delighted that he has now decided to make his return to competitive golf at the PNC Championship,” Alastair Johnston of IMG, the executive chairman of the event, said in a statement.

The PNC Championship was formerly known as the Father-Son Challenge until it changed the title to be more inclusive of family members. For the first time in its 24 years, the tournament has a current No. 1 player in the field, Nelly Korda, who will be playing with her father Petr, a former Australian Open tennis champion.

Lee Trevino is playing again and has never missed the tournament since it began in 1995. Justin Thomas returns as the defending champion with his father, Mike, a longtime PGA professional.

Fans are returning to the Ritz Carlton Golf Club Orlando, and it already is close to a sellout because organizers limit ticket sales to preserve the intimate nature of the event.

The Associated Press contributed to this report.

US Coast Guard says this ship off Hawaii coast is a Russian spy ship
Calls for energy firms not to force people on to prepayment meters
Santos’ lies cast harsh spotlight on a powerful Republican
Man escapes feared Russian agency, reveals what Russian spies are saying
How Andrew Yang wants to fix the US economy