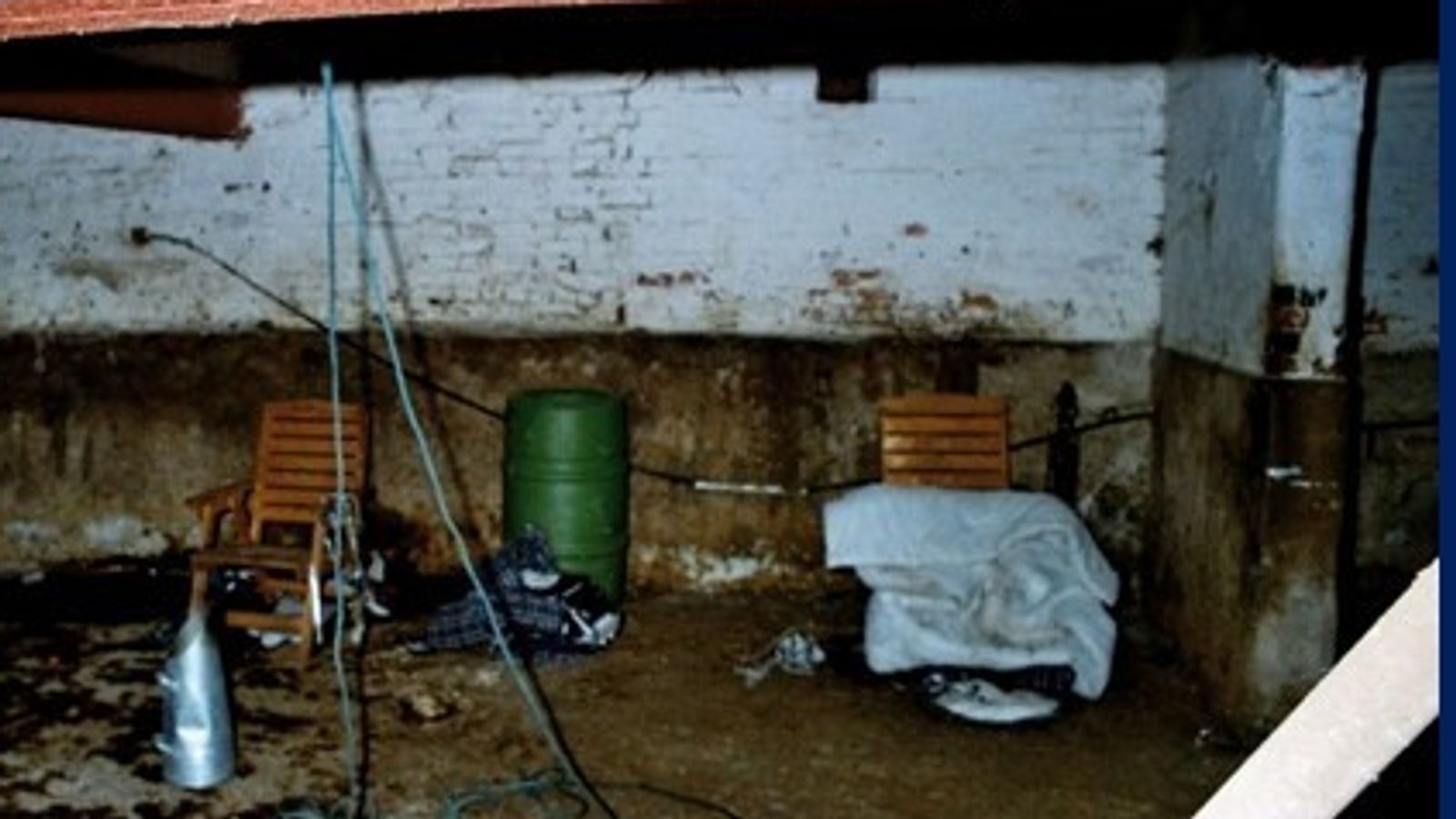 An undercover TV researcher has been found guilty of the torture and murder of a father of two at a cannabis farm.

Christopher Guest More was convicted of killing Brian Waters at Chester Crown Court – more than 18 years after the murder.

More, who had done undercover work with journalist Donal McIntyre, was arrested in Malta in 2019, where had been living under the name Andrew Lamb.

On Thursday, the 43-year-old was also found guilty of conspiracy to cause grievous bodily harm to Suleman Razak, who worked on Burnt House Farm in Tabley, near Knutsford, Cheshire, and was tortured at the same time as the 2003 killing.

Mr Waters was a drug dealer growing cannabis at the farm, which was discovered by More after he followed the victim’s 25-year-old son Gavin.

Tied up, beaten and suspended from the rafters

On 19 June 2003, Mr Waters was tortured and killed at the farm in front of his 21-year-old daughter Natalie, and Gavin, while his wife Julie was abducted from the family home and driven to the location.

Mr Waters and Mr Razak, who survived the four-hour ordeal, were tied up and suspended from rafters, beaten, dropped in barrels of liquid, had staple guns used on their bodies and were assaulted with a metal bar.

When police arrived at the scene, following a call made from a phone box, they found a bag containing cigarette ends, drinks bottles, and even a bag of faeces which all had traces of More’s DNA.

What does More say?

The researcher claimed he had befriended drug dealer John Wilson, one of three men already convicted of the murder because he thought he could sell a story on him being a police informant to the media.

He said he thought Wilson might lead him to a cannabis farm which he could film for a Dispatches documentary.

James Raven, who did television work with More, and Otis Matthews have also been convicted of murder at earlier trials.

Giving evidence, More, who had been working as a yacht captain and businessman in Malta, claimed he had gone to the farm that morning to steal cannabis equipment but left when he had an argument with Raven and realised Wilson, who was not at the scene, had discovered he was working undercover.

He left the country for Spain two days later and, after travelling to South Africa, Mozambique and Turkey, settled in Malta.

‘We never gave up hope’

In a statement, the family of Mr Waters said: “We will never be able to forget events of that day and, even now, more than 18 years down the line, we feel the pain on a daily basis with constant flashbacks.

“But we never gave up hope and the verdict today marks the end of an incredibly painful journey in our lives.”