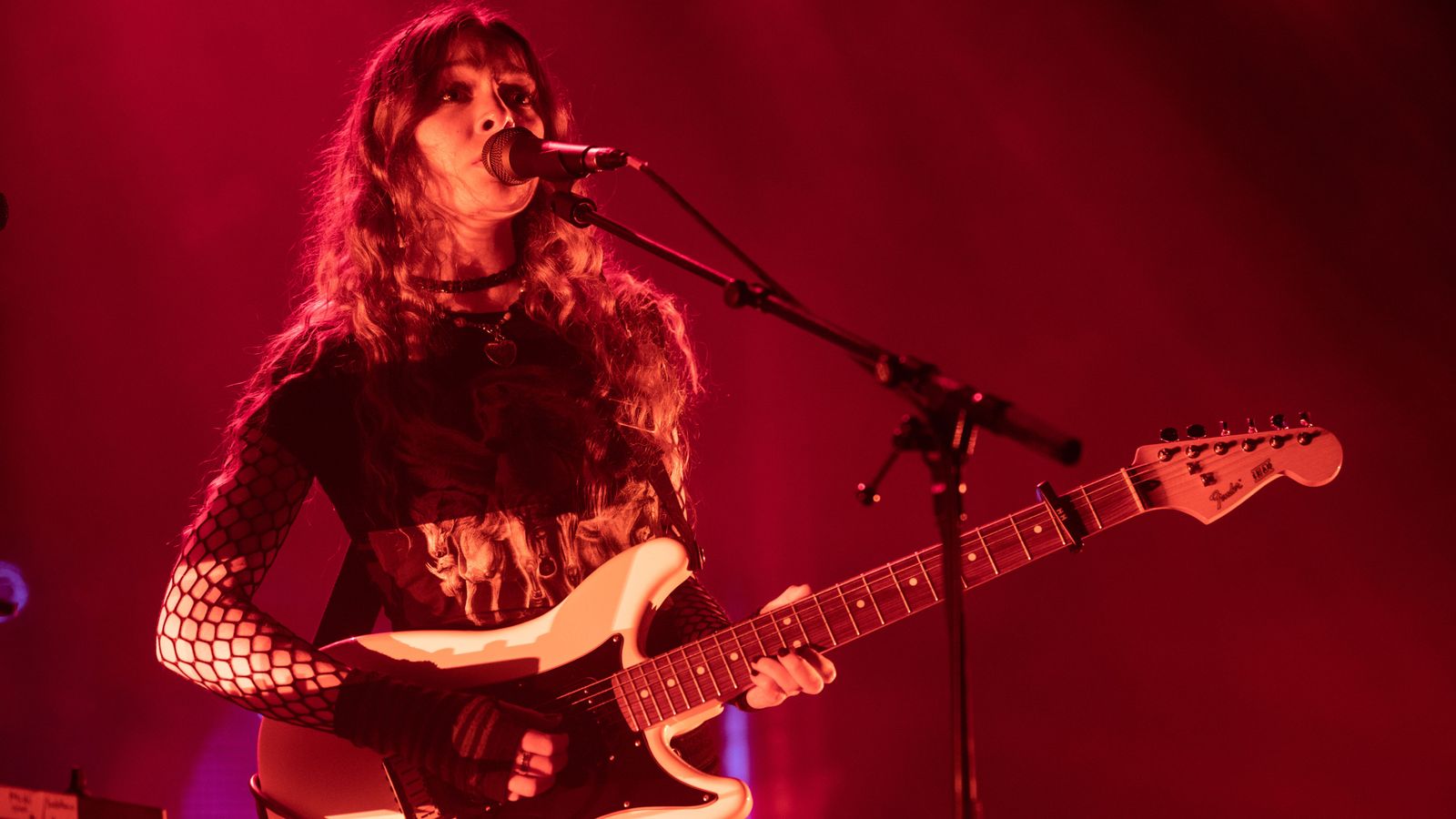 Holly Humberstone has won the 2022 Brits Rising Star award ahead of the main ceremony next year.

The award, which in the past has been won by the likes of Adele and Sam Smith, recognises those who are likely to go on to have successful careers in music.

The 21-year-old, from Grantham in Lincolnshire, said: “I remember watching the Brits with my parents each year and being totally awe-struck by the artists coming together in what felt like another universe.

“Now to be named the Brits Rising Star and nominated alongside two other incredible women, with the songs that started within those four walls at home is so mad.

“It just doesn’t feel real. This year has been a wild ride and a year of firsts, and I am so grateful and thankful for everyone who has helped make this happen.

“It is something I never thought I would be able to experience, I am extremely lucky, I do not know how to go about processing it.

“Everyone experiences some kind of imposter syndrome, I am definitely feeling it. This award is a chance to reflect since releasing music, feeling proud of myself and appreciate that it is my job and I am so lucky.

“I was so excited and hyped just to be nominated, I was just gassed to be included as part of that sick group.”

Her win caps off an exciting year for Humberstone

Humberstone broke through in recent years with her EP Falling Asleep At The Wheel, and has had more than 200 million streams of her music across the world.

She has already bagged the Ivor Novello rising star award, the runner-up spot in the BBC Sound of 2021 and the YouTube artist on the rise crown, and has performed on The Late Late Show With James Corden and Later… With Jools Holland.

News of the win was broken to her by former winner Sam Fender while they collaborated on a new version of his track Seventeen Going Under, while Clara Amfo on BBC Radio One revealed the news on her show on Thursday evening.

Next year’s Brit Awards will take place at its home in the O2 Arena in east London on 8 February, with Amfo, Mo Gilligan and Maya Jama stepping in to host.

Male and female categories have been scrapped for the first time by the organisers, with statuettes going to artist and international artist of the year instead.

There will also be new categories at the revamped ceremony, including hip-hop/grime/ rap act, alternative/rock act, dance act and pop/RnB act.

What is the UN Security Council?
What has Belarus got to do with the Russia-Ukraine conflict?
Russian teen faces years in jail over social media post
Former CIA director: US is sending ‘unhelpful message’ to allies
Child prodigy may make Grammy history