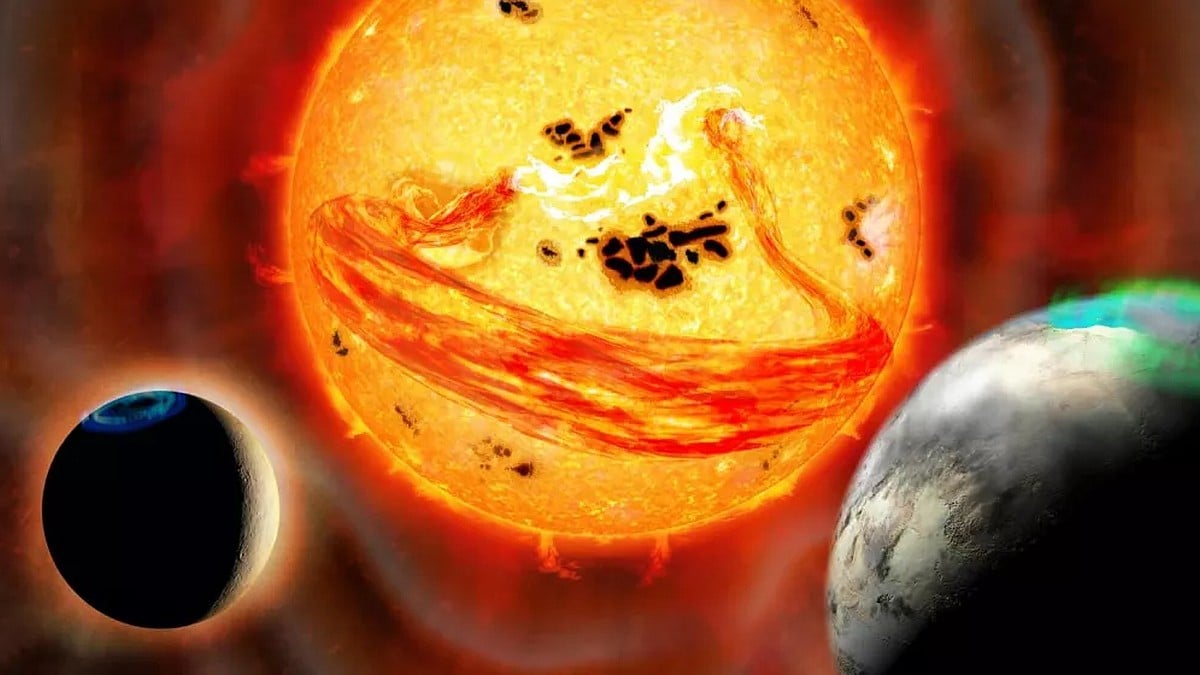 A star younger than our Sun but similar in size has got scientists worried and they say everyone should be worried too. The star, called EK Draconis, is located dozens of lights years away from us and has been spewing out massive fireworks. Scientists recently watched it having an energy blast and ejecting charged particles so powerful that the Sun has never experienced. The Sun often triggers solar storms after coronal mass ejections (CMEs). But this star experienced an energy blast at least 10 times bigger than the biggest CME the Sun has ever recorded, the scientists said. They added that the Sun too can experience a blast of this magnitude; it could be even worse.

When the Sun has CMEs, it sends out highly charged particles into space and towards Earth along with the solar winds. These solar storms can cause damage to satellites and power grids if they remain powerful enough after reaching the Earth’s atmosphere.

For the study, scientists watched EK Draconis through telescopes last year. The study linked the superflare with the ejection and suggested the same could happen on Earth. But, they added, the Sun is more calm and such extremes are unlikely.

The researchers, including astrophysicist Yuta Notsu of the University of Colorado Boulder, have published their findings in the journal Nature Astronomy.

“This kind of big mass ejection could, theoretically, also occur on our sun,” said Notsu in a statement. “This observation may help us to better understand how similar events may have affected Earth and even Mars over billions of years.”

While this study serves as a warning, what it also does is throws open the question about how did the Sun behave when it was younger and more likely to experience such powerful eruptions.

PMQs: Sky’s Beth Rigby on another ‘uncomfortable’ PMQs for Rishi Sunak
What is the UN Security Council?
Child prodigy may make Grammy history
Ukraine War: ‘This is such a stupid tank’: Commander’s plea for modern tanks on Bakhmut frontline
What has Belarus got to do with the Russia-Ukraine conflict?