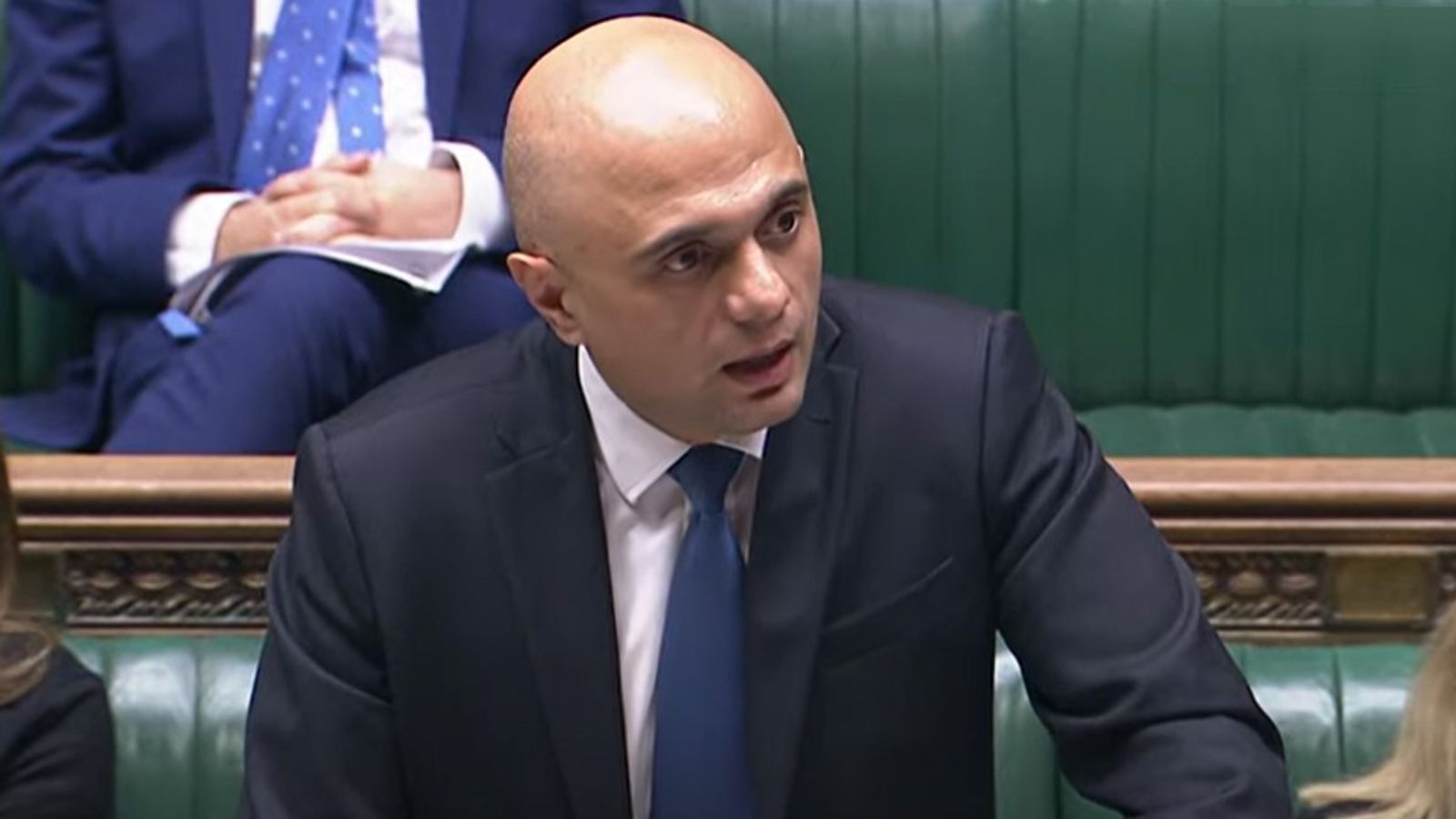 The health secretary has said the Omicron variant now represents more than 20% of COVID cases in England.

Sajid Javid said the UK Health Security Agency (UKHSA) estimates that the current number of daily infections is around 200,000.

He also said Omicron, which is thought to be much more transmissible than previous variants, represents more than 44% of infections in London and it is expected to become the dominant variant in the capital “in the next 48 hours”.

Latest COVID updates from the UK and around the world

“There are now 4,713 confirmed cases of Omicron in the UK,” Mr Javid told MPs.

Speaking in the House of Commons on Monday, Mr Javid updated MPs on new changes to COVID passports in England.

Mr Javid said there are currently 10 people in England who have been admitted to hospital with Omicron, while one person with the variant has died.

“It’s vital we remember that hospitalisations and deaths lag infections by around two weeks so we can expect those numbers to dramatically increase in the days and weeks that lie ahead,” he added.

The health secretary also said from Tuesday, fully vaccinated contacts of someone who tests positive will be able to take daily lateral flow tests instead of self-isolating.

Earlier in the day, the government website suspended orders for lateral flow tests “due to exceptionally high demand”.

Pharmacies have also run out of tests, with those that have them experiencing long queues.

However, Mr Javid said: “The UK has sufficient lateral flow tests to see us through the coming weeks.

“If anyone finds they are unable to get a kit online, they should check the website the following day or pop down to their local pharmacy and pick up a kit.”

The health secretary said two jabs are not enough to prevent symptomatic infection from Omicron but UKHSA analysis has shown a third dose is 70% effective.

He said more than 40% of adults in the UK have now had a booster and Saturday saw a record number of boosters given at more than half a million.

With the booster programme now open to all adults and the target for all adults to be boosted being brought forward to the end of this month, Mr Javid said more than 840,000 – the daily jab record – will need to be beaten every day.

He said he was confident that can happen, with more vaccination sites opening, and for longer, as well as thousands of volunteer vaccinators being trained and 42 military planning teams being drafted in to help.