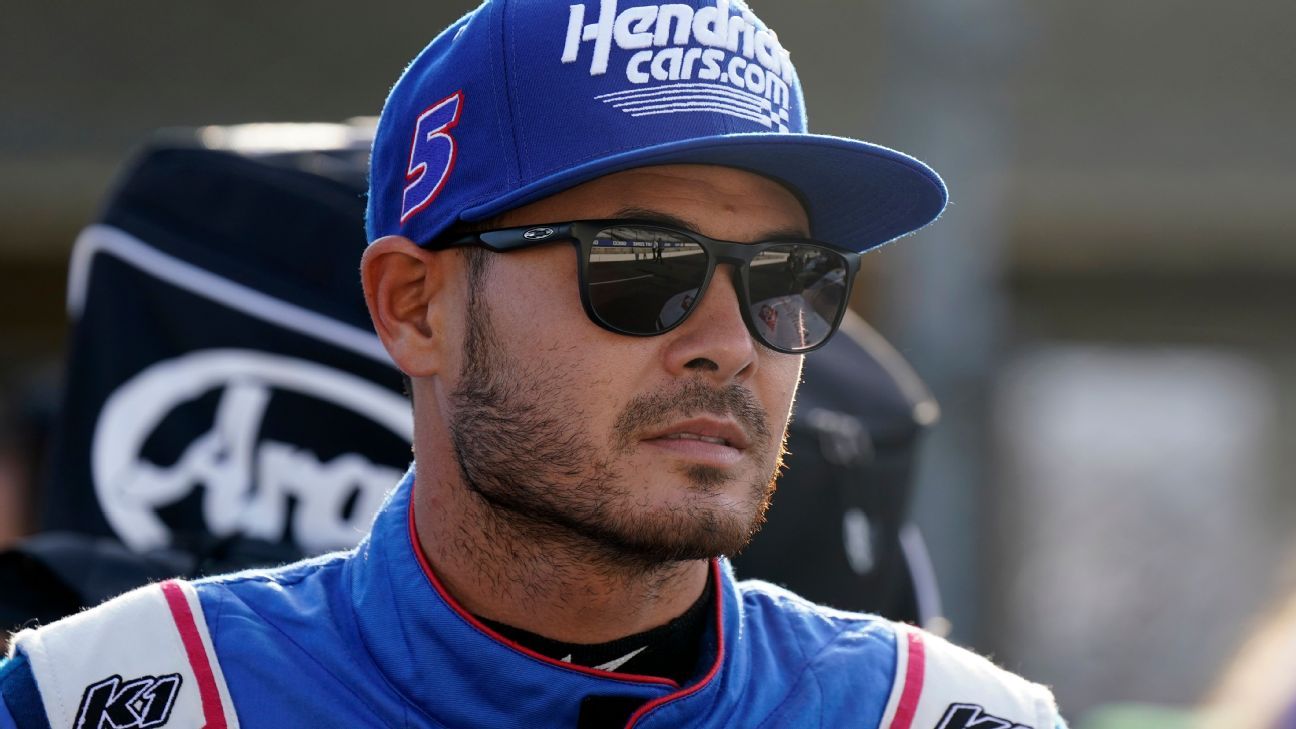 ABU DHABI, United Arab Emirates — NASCAR champion Kyle Larson‘s first Formula One race was the season finale, and he is as conflicted as anyone over the controversial ending of the Abu Dhabi Grand Prix.

“The race fan in me was like, ‘Man, I wish there would be a caution and this thing can get exciting in the end and produce some drama,'” Larson told The Associated Press. “And then it happened. Then I was like, ‘Well, I don’t know if that was particularly fair.'”

Hamilton led 51 of the 58 laps, and the race had been a bit of the bust after F1’s spectacular season. The seven-time champion seemed so in control that Larson and his group had already headed for the exits when the yellow flew with five laps go. They watched the finish on viewing screens placed around Yas Marina Circuit and on their phones.

Mercedes filed two protests on behalf of Hamilton after the finish, which were both dismissed. Mercedes has now taken the case to the International Court of Appeal.

“It sounds like they bent the rules a little bit to get a green finish, and it seems like that was their main goal,” Larson said. “I don’t really know F1 well enough, but it doesn’t seem like they did it to help Max or anything like that. But they did make it exciting.”

Larson and Verstappen shared similarities in their seasons in that both won a series-high 10 races, both led the most laps and both won their first championship after late cautions and pit stops for tires. Larson in November needed a late caution at Phoenix Raceway to get back into contention, and his Hendrick Motorsports crew performed its fastest pit stop of the season to get him back on track in the lead. Larson led the final 28 laps for the win.

He has since been feted at NASCAR’s season-ending championship celebration, run eight dirt races — winning three — and made his way to the Middle East to represent NASCAR, Hendrick Motorsports and HendrickCars.com, the online sales arm that sponsored him this year when he returned from a nearly seasonlong suspension for using a racial slur. HendrickCars.com has since signed a full season sponsorship package through 2023 for Larson, who has also been extended at Hendrick for two years.

“It sounds like they bent the rules a little bit to get a green finish, and it seems like that was their main goal. I don’t really know F1 well enough, but it doesn’t seem like they did it to help Max [Verstappen] or anything like that. But they did make it exciting.”

Kyle Larson, on the finish of the Abu Dhabi Grand Prix

In Abu Dhabi, Larson ran into Fernando Alonso before he even entered the gate and Sergio Perez as soon as he got into the paddock. Alpine reserve driver Daniil Kvyat, who attended his first NASCAR race the week before the Cup Series championship in Virginia, recognized Larson immediately.

“I want to go NASCAR racing!” Kvyat told him.

Funny, Larson was wondering how he could get into Formula One. When Nikita Mazepin tested positive for COVID-19 before Sunday’s race and Haas fielded only one car, Larson told Haas boss Guenther Steiner, “I should have brought my helmet.”

Steiner reached for his phone, joking, “Watch how quickly I can make something happen.”

Alas, Larson is like nearly every other American race car driver in that he doesn’t have the FIA super license needed to compete in F1 and has no idea how to get one.

Larson was surprised when IndyCar driver Pato O’Ward both recognized him and knew about his NASCAR season and then took time to drive Larson around the track in a McLaren 720S. The papaya orange McLaren was screaming around the 3.2-mile circuit Sunday.

“It’s way different riding in a passenger seat. You just feel like you are getting slung around the entire time,” Larson said. “I never got to focus on the track or figure out what the corners were like. I wish I had got to do three or five consecutive laps and I would have gotten more comfortable in the passenger seat. He did a great job. Had I been in the driver seat and he was the passenger seat, I would have tried just as hard to slide the car all over the place.”

He also regretted not getting more time to speak with O’Ward, who was an IndyCar championship contender last season and on Tuesday completed his first test in a Formula One car.

“I wanted to hang out with him because I wanted to ask him what is his path? He’s an IndyCar driver, how is he going to make it to Formula One?” Larson said. “He’s giving me a ride-along, and I’m curious, ‘Is this part of his path?’ I just wanted to learn his story.”

Larson said he would like to attend his next F1 race as a fan — not the NASCAR champion on a VIP pass — to enjoy the atmosphere of a grand prix weekend. On vacation until Friday, his regular experiences have been limited to tourist-type things throughout Dubai.

He visited the Burj Khalifa skyscraper and the Dubai Mall, was planning a trip to Expo 2020, and took an excursion into the desert to ride a camel, sandboard and see a fire show. It’s a great time to be the NASCAR champ, even if the ride into the desert through the dunes didn’t go over so well with the best current driver on dirt.

“I definitely didn’t like the dunes,” Larson said. “I got really sick. Well, not really sick, but very queasy sitting in the third row. No more of that for me.”

‘I don’t know how I am coping’
Head of Epsom College found dead with husband and daughter
Dog walker died from ‘multiple penetrating bites to neck’
‘I’m asking the questions’: Sciutto pushes back on GOP lawmaker over debt ceiling
Why is the UK economy predicted to perform so badly?