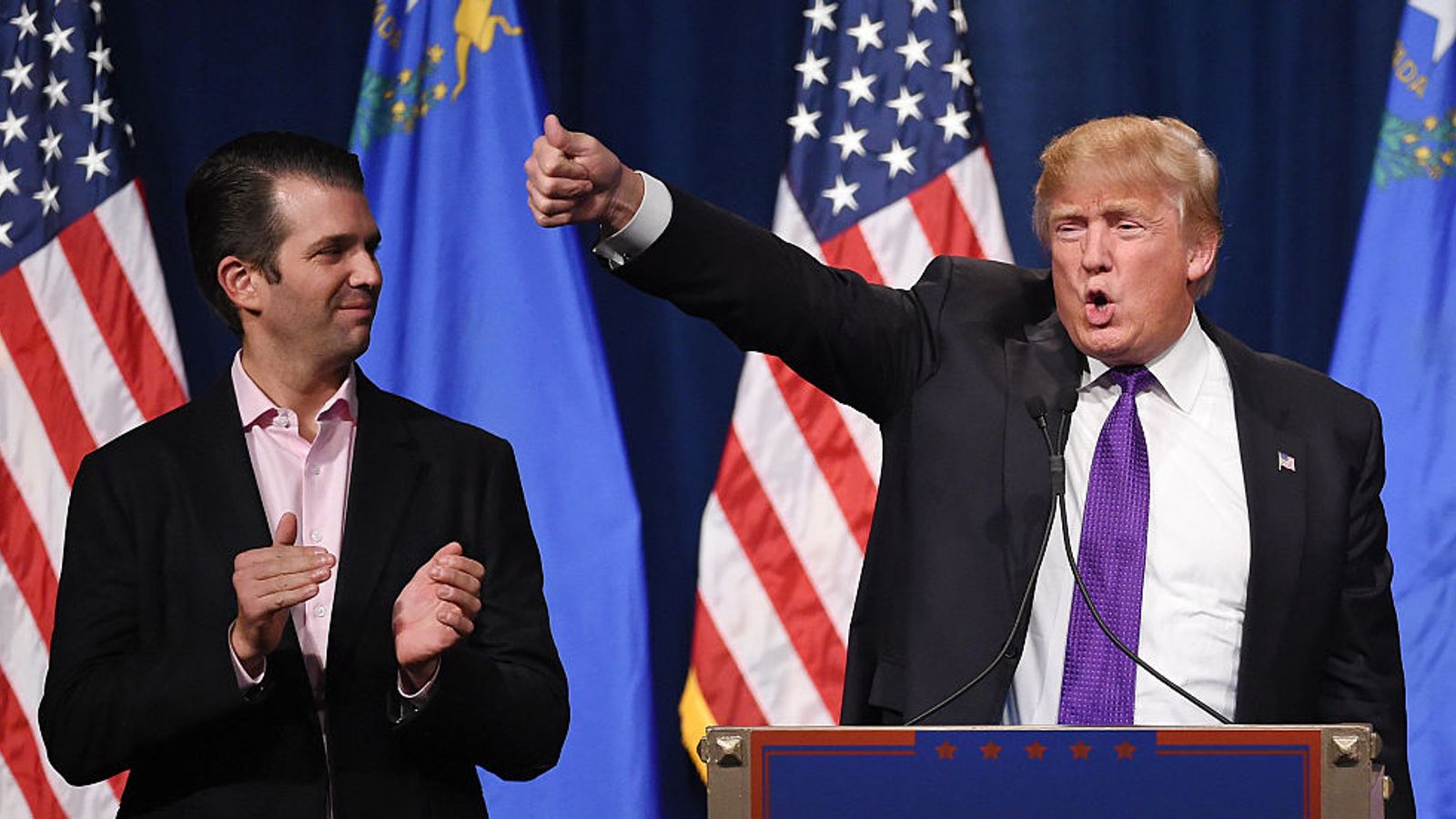 Donald Trump Jr texted the White House chief of staff during the Capitol riot, telling him his father had to “condemn this s*** ASAP”, a committee has said.

Details of the message were revealed by the panel investigating the storming of the building by Trump supporters earlier this year.

The 6 January committee said the texts were sent to Mark Meadows, Mr Trump’s then chief of staff and close confidante.

“We need an Oval Office address,” Mr Trump Jr texted. “He has to lead now. It has gone too far and gotten out of hand.”

He added: “He’s got to condemn this s*** ASAP. The Capitol Police tweet is not enough.”

In response to one of the messages, Mr Meadows is said to have replied: “I’m pushing it hard. I agree.”

The US Capitol riots saw Trump supporters break in to the building at the heart of American democracy and run amok.

More on Us Capitol Riots

Politicians were forced to run for safety and five people died as the mob tried to disrupt the certification of Joe Biden’s election victory.

Mr Trump was accused of sparking the disorder by claiming the election was rigged, and at a rally on the day of the mayhem told them to “fight like hell”.

However, he was later acquitted on a single impeachment charge of inciting the violence.

Messages from Fox News hosts to Mr Meadows also urged the president to intervene, according to excerpts read out by committee member Liz Cheney.

One message – said to be from the channel’s Laura Ingraham – pleaded: “Mark, the president needs to tell people in the Capitol to go home.

“This is hurting all of us. He is destroying his legacy.”

On Tuesday, the House of Representatives found Mr Meadows in contempt of Congress after he stopped cooperating with the inquiry.

It is the first time a former member has been found in contempt since the 1830s.

The texts from Mr Trump Jr were read out as the committee debated the contempt move – which later passed 222 votes to 208.

Mr Meadows’ attorney, George Terwilliger, said in a statement that his client had had provided documents to the panel and insisted he should not be forced to appear for interview.

Former Trump chief strategist Steve Bannon was also found in contempt in October after refusing to provide documents and refusing to appear for a deposition.

He claims his communications are protected by a legal doctrine of executive privilege.

If convicted, both men could each face up to one year behind bars on each charge.