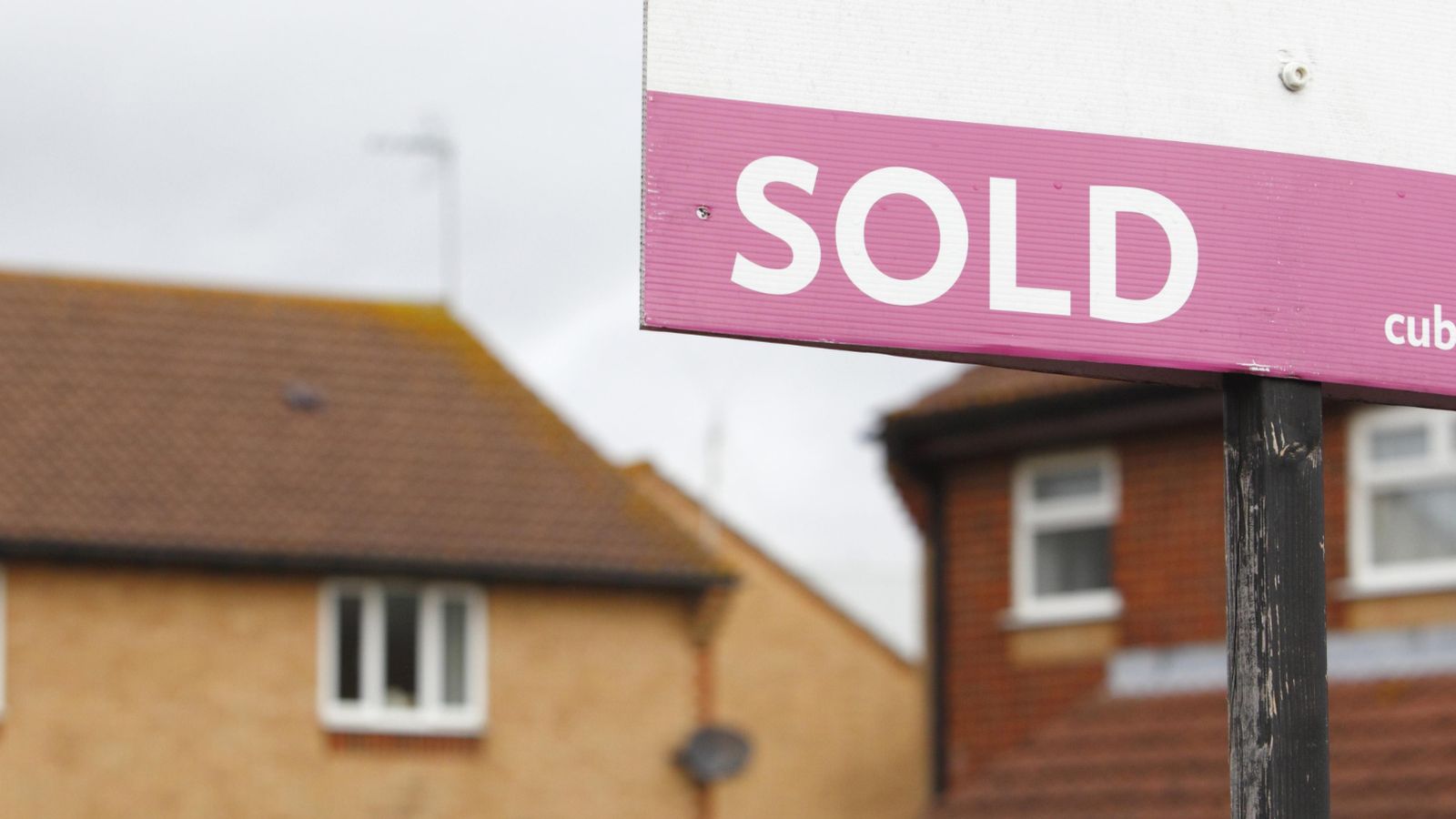 The Bank of England’s interest rate hike will add to monthly mortgage payments for millions of borrowers.

Industry body UK Finance estimates that 26% of home loans are on variable rates, translating to around two million.

Of those, some 850,000 have tracker deals directly linked to the Bank rate, whose monthly repayments will typically rise by £15.45 per month as rates rise by 0.15 percentage points – based on an average outstanding balance of just under £124,000.

Interest rates: ‘We have to act’

There are also 1.1 million borrowers on lenders’ standard variable rates (SVRs), which might be expected to be increased too in response to any Bank of England hike.

A hike of the same size for them would typically add £9.58 per month, based on an average outstanding balance of just under £77,000.

The 74% of home loans where rates have been fixed for a set period – which include 96% of those taken out since 2019 – will not be affected immediately.

However, those borrowers may face a shock when their fixed terms, typically of two or five year duration, come to an end.

Analysis by financial information website Defaqto last month showed that, in anticipation of a rate hike – which ultimately came in December rather than November – ultra-low rate fixed deals had been disappearing from the market in recent months.

Laura Suter, head of personal finance at AJ Bell, said: “Mortgage companies have been quick to hike their rates even before the official increase in base rate and they’ll be even quicker to pull cheaper deals now.

“Many homeowners have only ever known rock-bottom mortgage rates and need to prepare themselves for rising costs.

“Anyone who signed up to a two-year fixed rate deal earlier this year, nabbing a record low rate, will face a stark rise when they come to re-mortgage in the first half of 2023.”

Ms Suter said that, based on figures produced by the Office for Budget Responsibility, someone with £250,000 borrowed who fixed earlier this year to renew in two years would typically see £600 a year added to their mortgage costs when they do so.

The higher costs come at a time when rising prices from energy bills and fuel to food and clothes have already pushed inflation to a ten-year high, with more expected to come in the new year as well as a national insurance hike.

Meanwhile, savers squeezed by ultra-low rates – which mean the value of their nest eggs is not keeping up with inflation – may take some comfort from the rate rise.

That compares with 0.64% and 0.94% averages for those two savings product types three years ago.

But Rachel Springall, finance expert at Moneyfacts, warned that savers may have to wait to see any benefit from the Bank of England move.

“This base rate change may take a few months to trickle down to savers who have a variable rate deal, but there is also no guarantee the rate will be passed onto them in full, or at all,” she said.

Putin’s threat over Western arms supplies
Why is the UK economy predicted to perform so badly?
‘He didn’t just break the law he broke my heart’: Navy veteran on George Santos
Mike Tyson: ‘Don Lemon full of s***t’
‘I don’t know how I am coping’