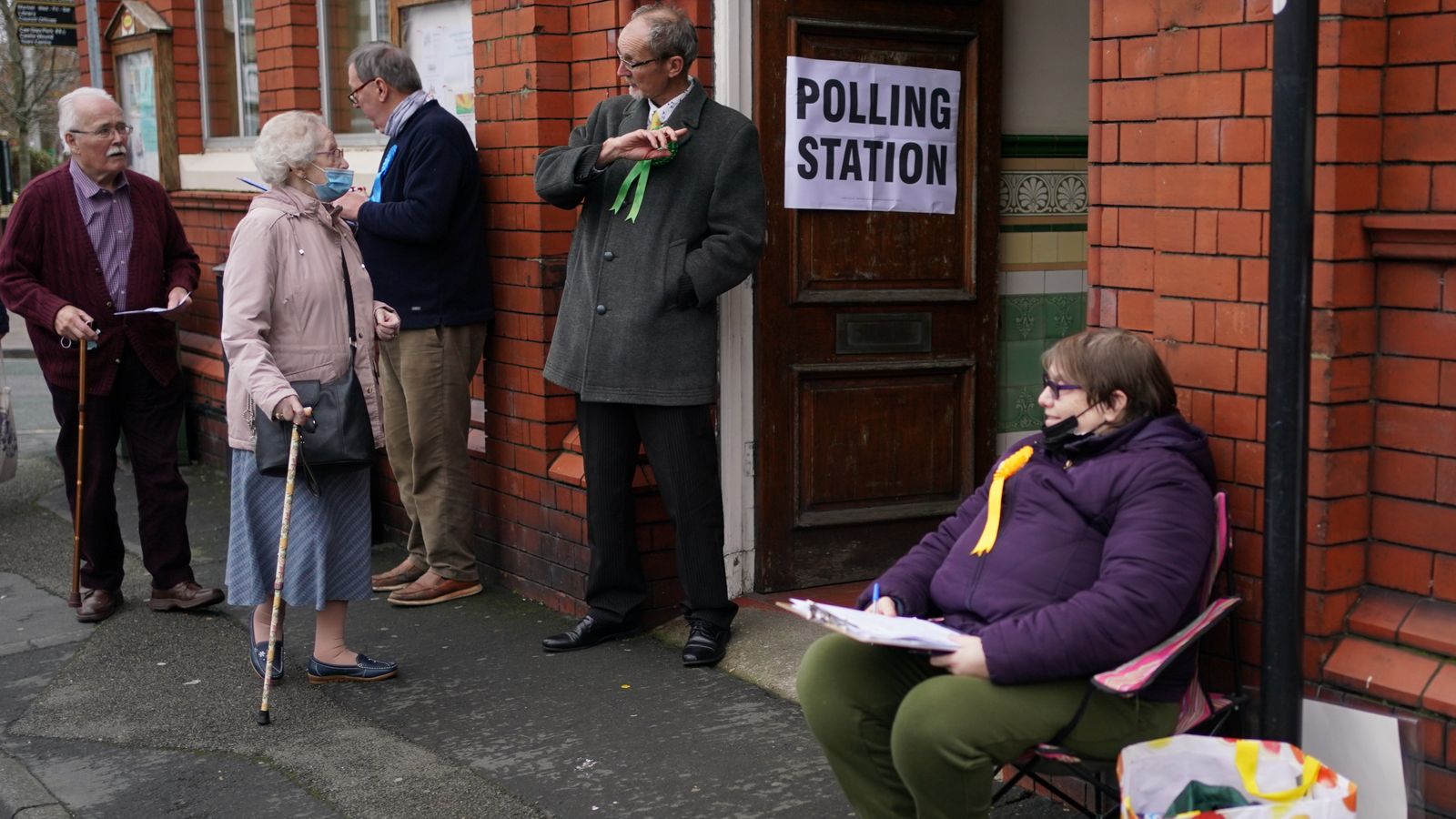 The Conservatives are facing a nervous wait as votes are counted overnight in the North Shropshire by-election, with Prime Minister Boris Johnson hoping his party can hold on to what has been a long-time Tory safe seat.

Between 7am to 10pm on Thursday, voters in the constituency cast their ballots to decide on a new local MP following Owen Paterson‘s decision to quit the House of Commons last month.

A result in the by-election is due to be declared in the early hours of Friday morning.

The lobbying furore prompted a Westminster sleaze scandal as fresh scrutiny was thrust on MPs’ outside earnings.

Mr Paterson won the North Shropshire seat for the Conservatives at the 2019 general election with a near-23,000 majority.

The constituency has never been held by anyone apart from the Conservatives, with it remarked that it is a seat where they normally “weigh the Tory vote”.

However, the prime minister will be anxious that the circumstances of Mr Paterson’s resignation – as well as recent allegations of COVID lockdown-busting parties in Downing Street – could see the Conservatives struggle to hold on to the constituency.

The Liberal Democrats were this week installed as favourites to win the by-election by some bookmakers, although party sources played down their chances of springing an upset.

Yet Sir Ed Davey’s party will have been buoyed by their historic win at the Chesham and Amersham by-election in June – a seat that had previously been a Conservative stronghold since its creation in 1974.

Following that success, Sir Ed claimed the Tories’ “blue wall” in its traditional heartlands was “beginning to crumble” under Mr Johnson’s leadership.

The Lib Dems had urged Labour supporters to lend them their votes in North Shropshire, in a bid to unseat the Conservatives and strike a blow against the prime minister.

But suggestions of a “gentleman’s agreement” between the Lib Dems and Labour over the by-election has been denied.

Should the Conservatives lose in North Shropshire, it will raise further questions over Mr Johnson’s leadership.

Tory MPs have recently expressed their unhappiness at the prime minister’s handling of the row over Mr Paterson’s lobbying and the allegations of parties being held in Downing Street during times of strict COVID rules.

This week, Mr Johnson saw more than 100 Tory MPs vote against a key measure of his “Plan B” for dealing with coronavirus this winter – the largest Conservative rebellion under his premiership since the 2019 election.

He is up against the Liberal Democrats’ Helen Morgan, a local chartered accountant who previously contested the seat at the 2019 election, as well as Labour’s candidate Ben Wood, who went to school in the constituency.

Both will also be hoping to become the newest MP in the Commons.

As the votes are counted overnight, the Green Party’s Duncan Kerr, Reform UK’s Kirsty Walmsley, The Reclaim Party’s Martin Daubney and UKIP’s Andrea Allen will also be looking for success.

As will the other candidates, including independents Suzie Smith Akers and Yolande Kenward, James Elliot of the Heritage Party, Russell Dean of The Party Party, a Rejoin EU candidate known as Boris Been-Bunged, Lord Howling Hope of the Official Monster Raving Loony Party, and Earl Elvis Phillipe Jesse of the Freedom Alliance.

The North Shropshire contest is the second by-election in two weeks, following Conservative candidate Louie French’s victory in Old Bexley and Sidcup at the beginning of December.

That vote was triggered by the death of former MP and cabinet minister James Brokenshire.

Mortgage burdens head for their highest levels since the 80s
Nadhim Zahawi sacked as Tory chairman over tax affairs row
Trump stops to retrieve Marine’s hat
Why is the UK economy predicted to perform so badly?
Memphis ‘Scorpion Unit’ under scrutiny after Tyre Nichols’ death