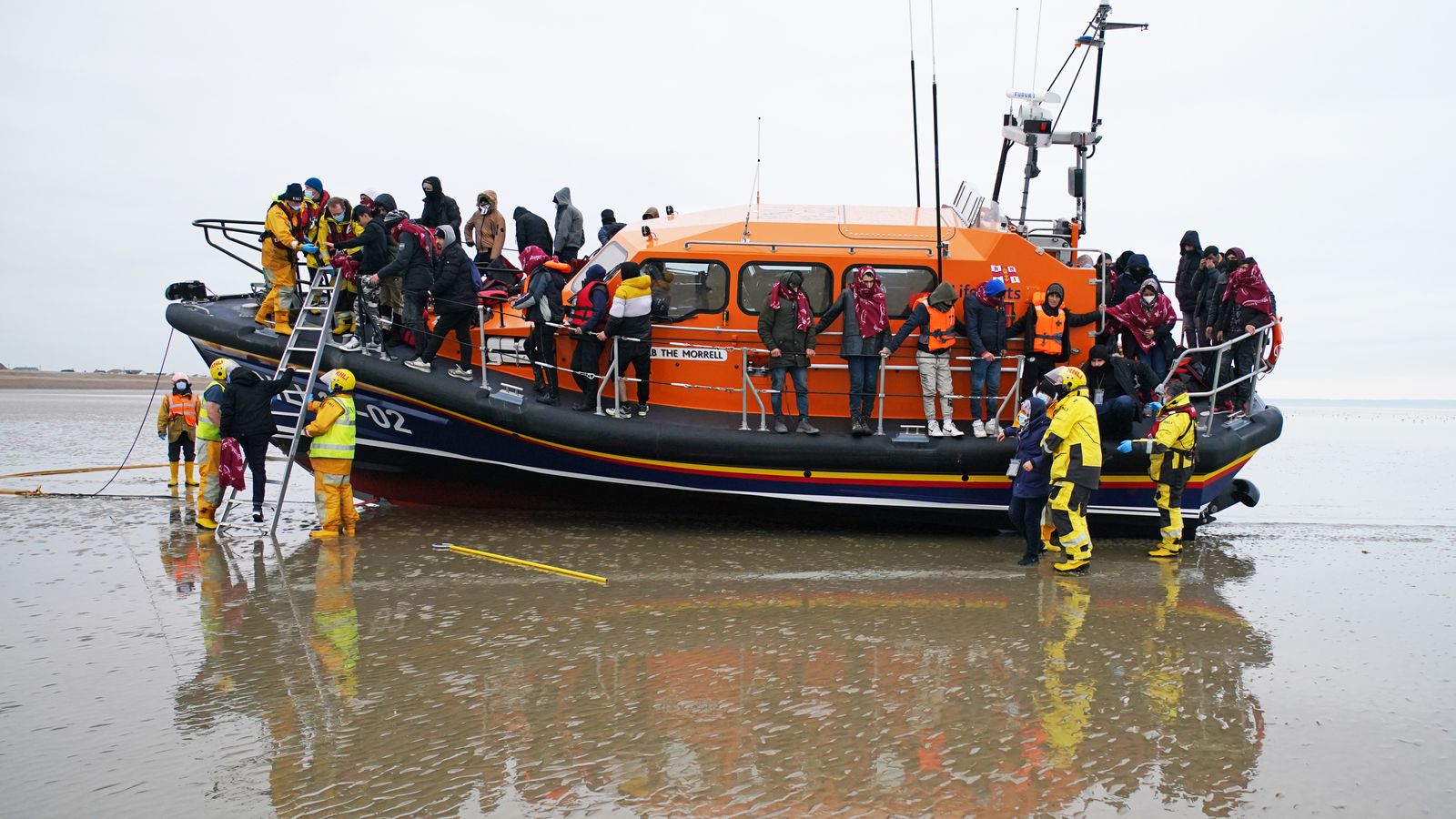 The Kurdish travel agent, responsible for 10 of the people who died crossing the Channel last month, has told Sky News he thinks about the dead every day and defended his role in the network.

“Even if we don’t participate, the process will still happen,” he said.

“As an agency in Kurdistan and Iraq, we only hold the money. They (the migrants) deposit the money here. A relative of the person comes and says I will put this amount of money for a certain smuggler to help my son cross from Turkey to Italy, Belarus to Germany or France to Britain, for example.

“They only keep the money with us. When they arrive at the destination, we then give the smuggler the money. If they don’t arrive, the family will ask for the money back.

Asked whether he feels guilty for what happened last month, the agent said it was painful for the whole community.

“Believe me, I have thought of them for so many nights and so many days. I would always call France to check up on their situation and see where they were,” he said.

“The difficulty of life in the country, most of the people that leave here have degrees. They have finished their education. They threw themselves in the water because they didn’t have any other option, it makes you realise the pain of not benefiting from all the resources in your country.

“You raise them since childhood, and watch them grow and then you send them to drown with your own money. It hurts you that they are all your people, you know them, they are your friends, and we all looked at them as if they were our own brothers.”

Almost all those who died in Channel tragedy have been identified

The agents are the money middlemen in the global smuggling network. They mostly work from small offices in towns around the Middle East – they are trusted by the smugglers and by the migrants and their families.

They rarely ever give interviews on camera. Speaking from a town in the Kurdish-controlled north, the agent said that he protected the families’ investments and stopped smugglers stealing from families.

“There weren’t always agencies or mobile phones, but people still left through smuggling from here. People had no option but to put the money in their pockets and give it to the smuggler there,” he said

“Most times the smuggler hid from them after taking the money and they never arrived at their destination. The migrant had no option but to either take the money with them or their relatives had to find the smuggler’s house and take the money there.

“We made it easy for both sides, ensuring the money will not be lost.”

The agent is constantly on the phone when we are in his office. He is arranging the crossing of five young Kurds that night. They’ll each pay between £2,000 and £2,300 to cross.

“We don’t have a permanent connection with them, they call us and it’s not on a daily basis. For example, it depends on work.

“If the weather is good today then they will call. They change their phone numbers every day. He calls me with a number today and a different one after two days.

“We don’t have their numbers but they call us later saying I am this person, giving us names of people that have brought in their money to be deposited.”