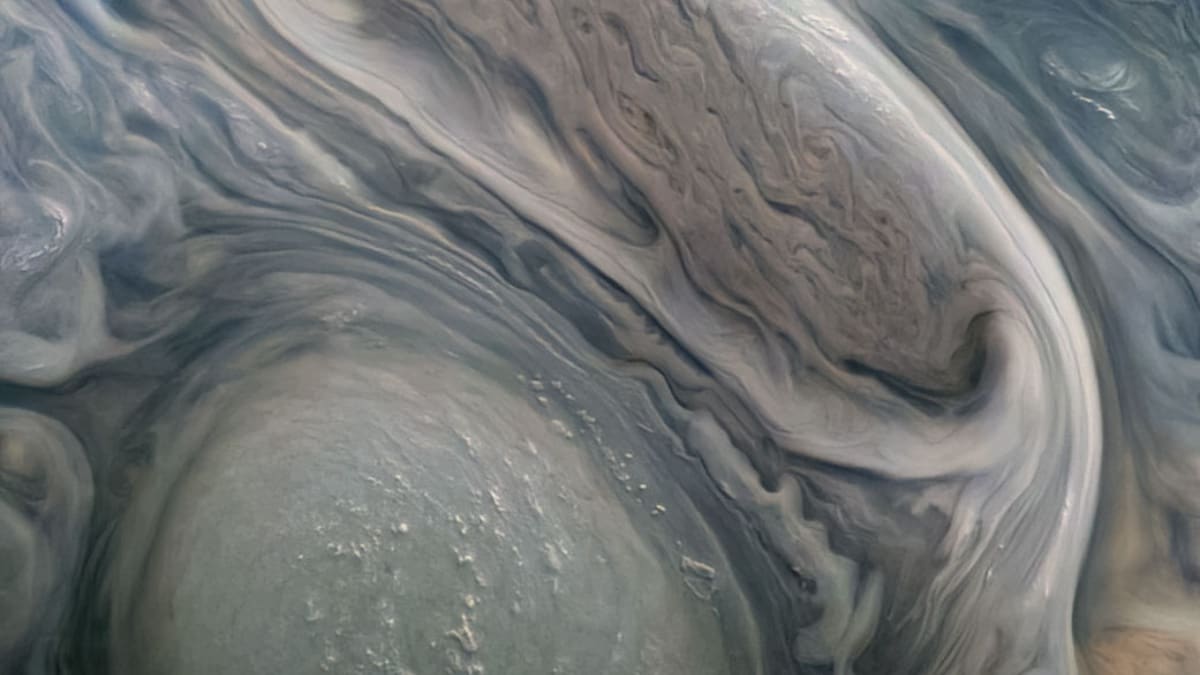 From our Moon to Mars to Jupiter, researchers are baring all guns to find more about the world around us. While the current focus is on the Moon and Mars, there already is a probe orbiting Jupiter. Named Juno, the probe’s goal is to understand the origin and evolution of the solar system’s largest planet. Following a flyby of Jupiter’s moon Ganymede earlier this year, Juno managed to capture some rare insights and sounds of the planet and its largest moon.

The photographs of the gas giant’s “surface” are incredible, but the real holiday treat for space enthusiasts is the sound of Ganymede. NASA’s Jet Propulsion Laboratory (JPL) has released the 50-second audio track on YouTube.

The sound was captured by Juno’s Waves instrument. There is a sudden jump in the pitch around the 30-second mark. Researchers have explained that the abrupt change represents the spacecraft’s move from one region of Ganymede’s magnetosphere to another.

“This soundtrack is just wild enough to make you feel as if you were riding along as Juno sails past Ganymede for the first time in more than two decades,” said Juno Principal Investigator Scott Bolton in a statement.

Another investigator, William Kurth, said the sudden change in frequency of the sound could be due to passing from the nightside to the dayside of Ganymede.