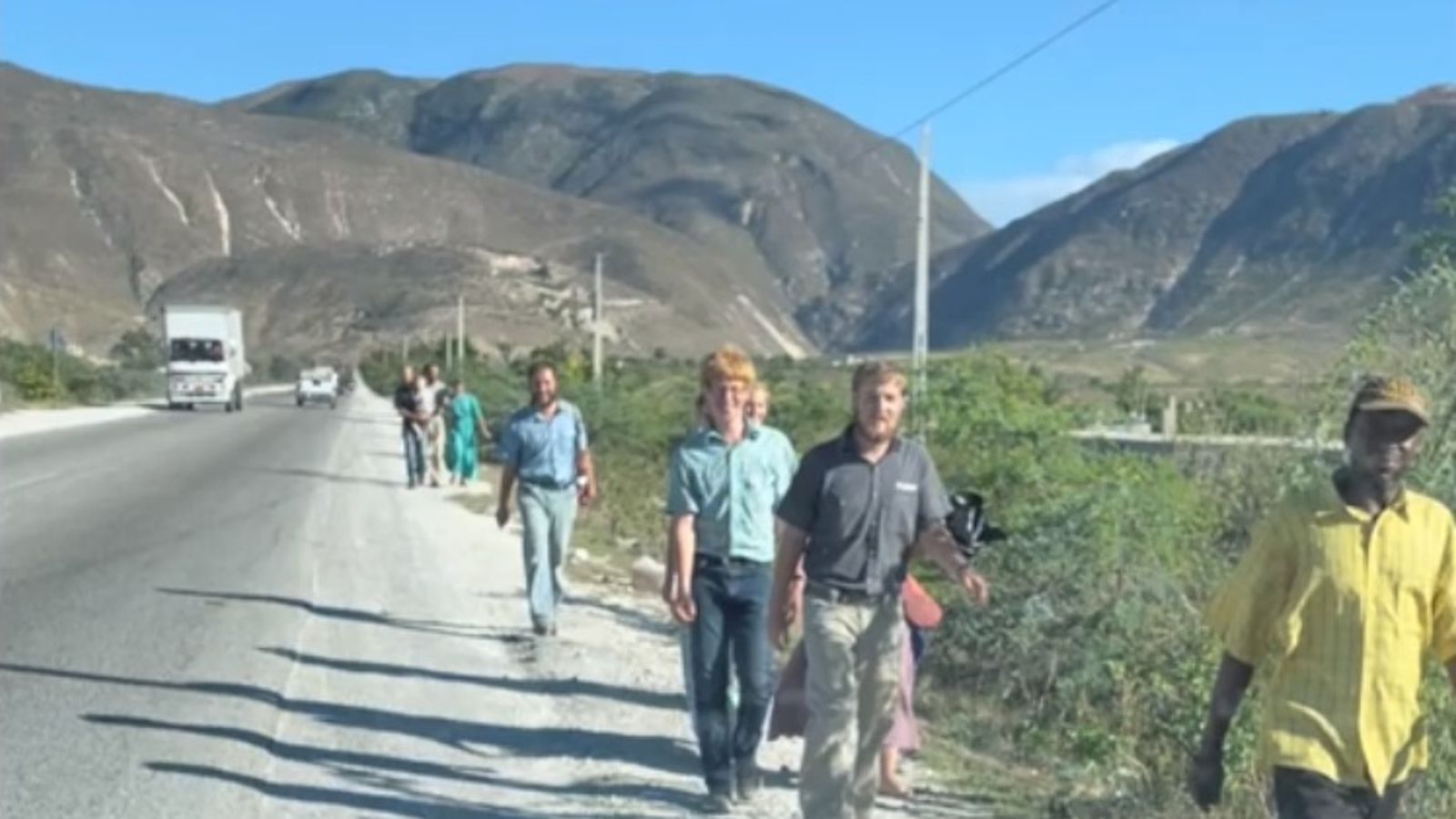 A group of missionaries, who trekked for up to 10 miles by moonlight with a baby and a toddler to escape their kidnappers in Haiti, are being reunited with their families in America.

The 12 people, from Christian Aid Ministries, a US-based church, took their chance to slip past guards on 15 December and used stars and a mountain to navigate their way.

Weston Showalter, a spokesman for the organisation, told a news conference in Ohio: “Travelling through woods and thickets, working through thorns and briars, one of the hostages said and I quote, ‘two hours were through fierce brambles, we were in gang territory the whole hike’.

“The moon provided light for their path. During times they weren’t sure where to go. They stopped and what do you think they did? They prayed, ‘God, show us where to go’.”

The 10-month-old baby girl was wrapped in clothing to protect her, and the three-year-old boy was carried by the group until dawn, when they found someone to call the police for them.

They were flown back to Florida on a US coastguard flight.

The group were among 17 missionaries abducted at a road block after they visited an orphanage in Ganthier, east of the capital Port-au-Prince in October.

The gang responsible, 400 Mazowo, demanded millions of dollars for their release.

After negotiations, two of the hostages were freed in November, and three more earlier this month. It’s not known whether a ransom was paid.

The group’s work had included delivering medicines to malnourished children, and rebuilding homes after the earthquake in August.

Haitians who had benefitted were amongst those who went on to the streets to protest and demand the release of the 16 Americans and one Canadian.

The country has one of the highest rates of kidnapping in the world as rival gangs try to capitalise on the lawlessness following the assassination of president Jovenel Moise in July.

One of the missionaries, Matt Miller, who was released last month, told NBC News they forgave their abductors.

The gang had provided the missionaries with food, clean drinking water and baby formula. Christian Aid Ministries said that although their staff had been threatened, they were all in good health and not physically hurt.