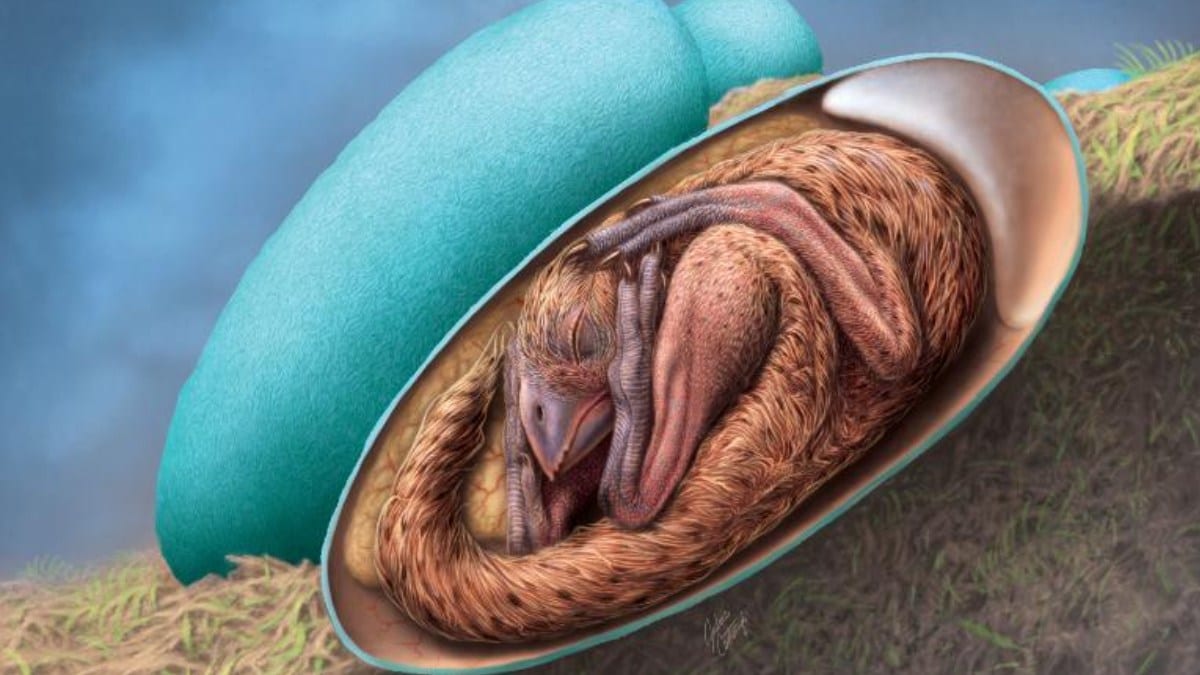 Paleontologists have found a never-seen-before fossil of a complete baby dinosaur curled up inside its egg. The fossil showed the remarkable similarities between theropod dinosaurs and the birds they would evolve into, according to a new study. The 70-million-year-old fossilised embryo has been named “Baby Yingliang” after the museum in China which houses it. The embryo is curled up inside its 6-inch elongated eggshell. At this stage, the embryo looks like that of a modern bird, but it has small arms and claws rather than wings.

The egg is about 17cm long and the baby dinosaur curled inside it is estimated to have a length of 27cm from head to tail. Researchers said had it lived, it would have grown as an adult of about 2m to 3m long. Finding embryonic dinosaur fossils are extremely rare, with such discoveries being limited to only about half a dozen sites. And, this is the first time any of them has shown signs of “tucking,” a distinctive posture usually followed by baby birds during hatching when the head is under the right arm, paleontologists said.

The findings have been published in the iScience journal this week. Study co-author Darla Zelenitsky said baby dinosaur bones are small and fragile and are only very rarely preserved as fossils, making this a very lucky find. “It is an amazing specimen. I have been working on dinosaur eggs for 25 years and have yet to see anything like it,” added Zelenitsky in an email to CNN.

Waisum Ma, the lead author of the study, said, “We were surprised to see this embryo beautifully preserved inside a dinosaur egg, lying in a bird-like posture. This posture had not been recognised in non-avian dinosaurs before.”

The fossil, found in Jiangxi province, ended up in storage for about 10 years, when Yingliang Stone Nature History Museum staff sorted the boxes and found it.

What has Belarus got to do with the Russia-Ukraine conflict?
See the chilling video Chinese protester made before her disappearance
Hear what Putin critic thinks could lead to Putin’s downfall
Man escapes feared Russian agency, reveals what Russian spies are saying
Boris Johnson confronted over ‘sleaze’ allegations