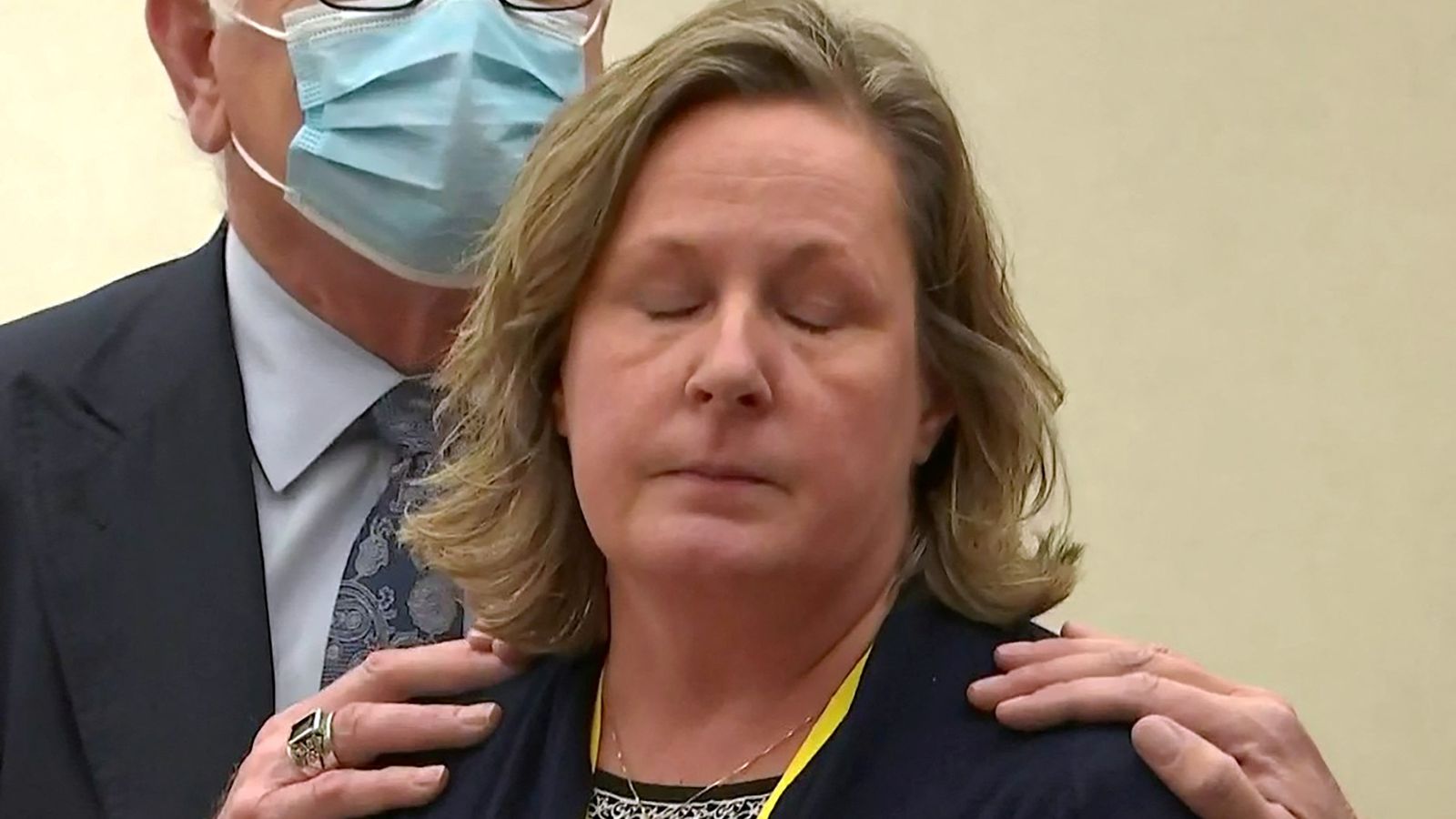 A former US police officer who said she mistakenly fired her gun instead of her Taser in the fatal shooting of a man has been found guilty of manslaughter.

Kimberly Potter was convicted over the death of 20-year-old motorist Daunte Wright during a traffic stop in April in Minneapolis.

Potter, 49, was found guilty of first degree and second degree manslaughter by a jury in Minnesota in the same courtroom that Derek Chauvin was convicted of the murder of George Floyd in April – just days after Mr Wright, 20, was shot.

April: Bodycamera footage of the incident

Body camera footage from the incident showed Mr Wright being detained, before he worked his way free and getting back into a car.

Potter drew her firearm, while saying she would use her Taser on the 20-year-old.

She then shoots him, at which point Mr Wright drives off and Potter can be heard saying “I shot him”.

She had denied the charges over the death of Mr Wright, a black motorist, who died on 11 April this year.

The guilty verdict means the jury decided Potter had used “such force and violence that death of or great bodily harm to any person was reasonably foreseeable”.

The former police officer was straight-faced as Judge Regina Chu read out the convictions.

She had earlier been emotional while giving testimony about the incident – during which she said she deeply sorry for the killing.

Mr Wright was being arrested on an outstanding weapons charge when he tried to get back into his car in the spring.

Potter testified that she was worried about the safety of her colleague when she reached for what she said she thought was her Taser.

Video footage played to the jurors showed she had her Glock pistol in her hand for five seconds before firing.

Part of the prosecution’s case highlighted Potter’s 26 years of experience – which they said made her mistake indefensible.

The officer’s defence set out to blame Mr Wright for resisting arrest and therefore creating a dangerous situation, justifying a use of force.

Following the conviction, Judge Chu said “I am going to require that she be taken into custody and held without bail.

“I cannot treat this case any differently than any other case.”

Potter faces up to 15 years behind bars when she is sentenced.

The shooting and its timing sparked several nights of protests in Minneapolis.