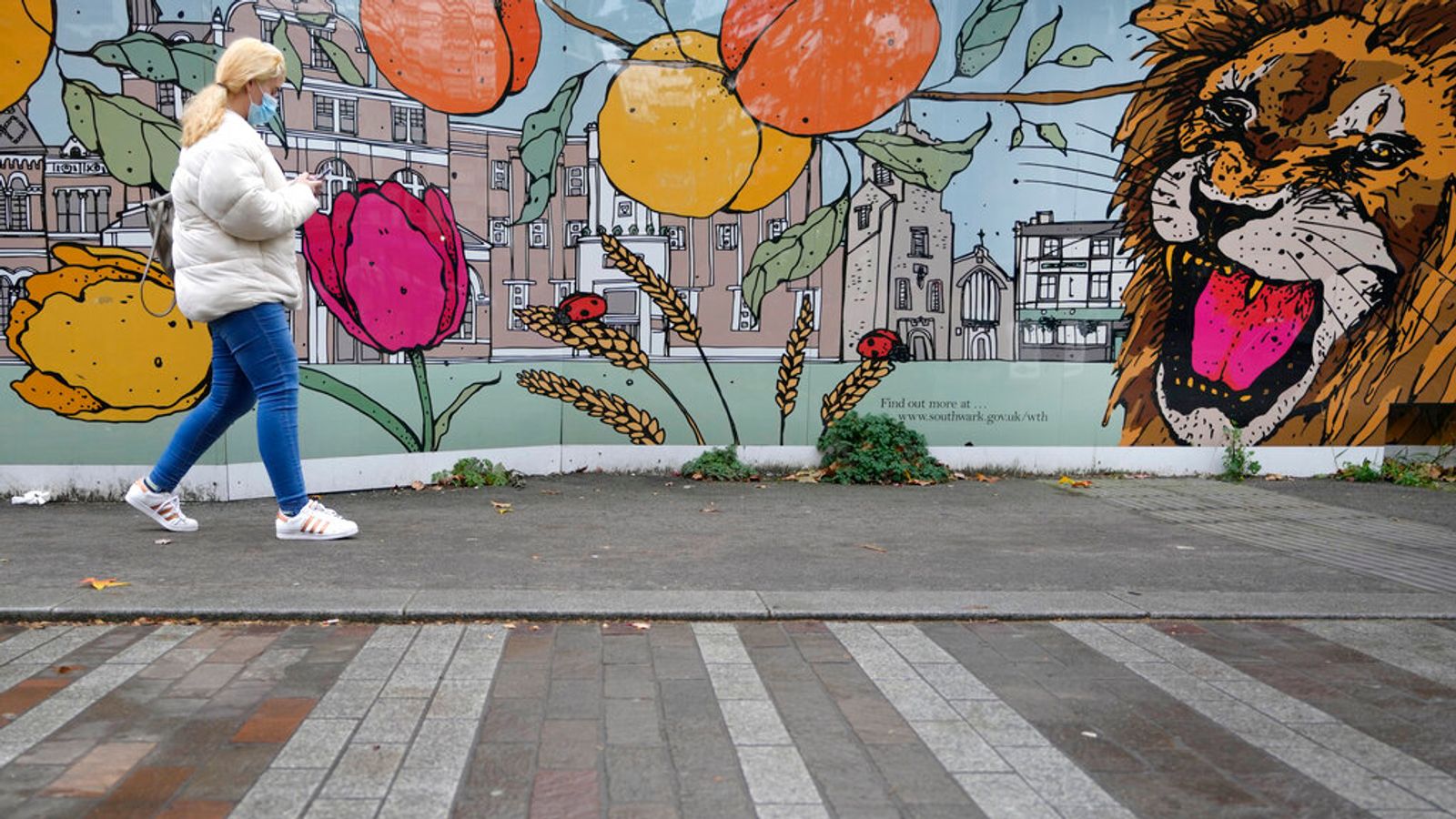 People with Omicron are significantly less likely to develop severe symptoms, but the effects of the booster vaccine wane after 10 weeks, according to new analysis by the UK Health Security Agency (UKHSA).

Early results suggest people are 30 to 45% less likely to go to A&E if they are infected with Omicron rather than Delta.

They are also 50 to 70% less likely to be admitted to hospital.

The findings are broadly similar to estimates calculated by researchers in Scotland and Imperial College London on Wednesday.

However, the results are largely based on people under the age of 40, who currently have the highest case rates of Omicron.

Live updates on COVID in the UK and around the world

The variant is still less common in those aged over 60, who are more likely to develop severe disease, and the UKHSA says further analysis will be needed in the coming weeks.

Analysis by the agency, which was formerly called Public Health England, also shows that the effect of the booster dose in protecting against the variant is already beginning to wane in some people.

It shows that 10 weeks after the booster the effect in preventing symptomatic disease dropped by 15 to 25%.

The majority of people in the high risk groups received their booster eight to 10 weeks ago. And the agency says it believes that protection against serious disease would hold up for longer.

Independent scientists have warned that even a “milder” virus that causes large numbers of cases could still lead to a surge in hospital admissions.

The UKHSA’s latest variant technical briefing also shows that 132 people had been admitted to, or transferred from emergency departments, with Omicron as of 20 December.

More than 40% of the hospital admissions were in London.

Of those patients admitted to hospital, 17 had received a booster vaccine, 74 people had two doses and 27 people were not vaccinated.

The vaccination status was unknown for six people, while eight had received a single dose.

The data comes as a further 16,817 daily Omicron cases were confirmed in the UK – the highest daily figure for the variant in the country so far.

It means the UK has so far confirmed a total of 90,906 Omicron cases.

Santos’ lies cast harsh spotlight on a powerful Republican
China’s North Pole plunges to freezing temperatures at -53C
Calls for energy firms not to force people on to prepayment meters
‘I was sad for the institution’: Nancy Pelosi speaks out about McCarthy speaker vote
Diva bear can’t stop taking selfies on wildlife cam