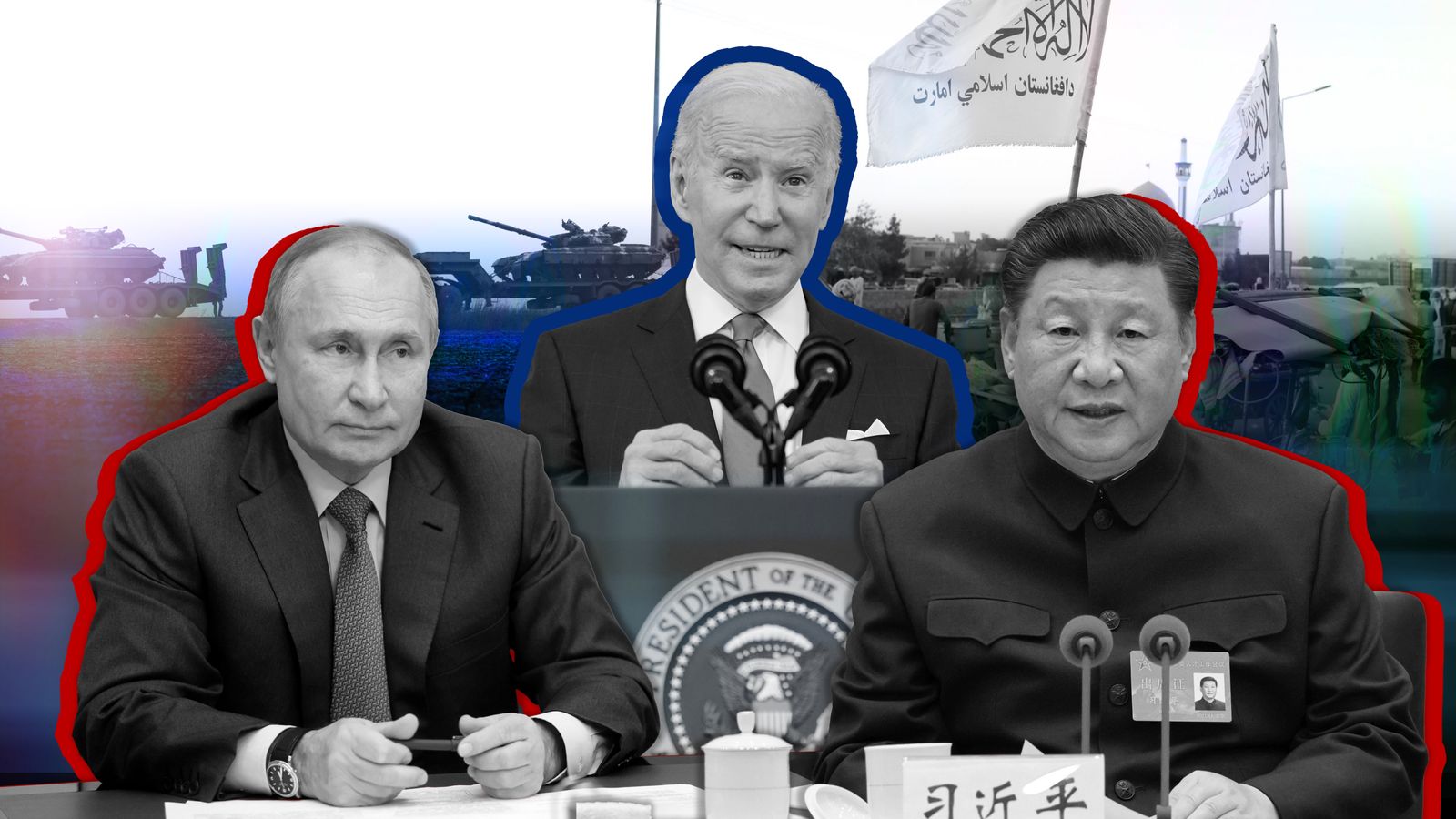 The year began with a promise.

“America is back,” proclaimed Joe Biden, taking its rightful place at the vanguard of the free world, making up for the sins of his predecessor.

The Trump presidency had ended with a desecration. Americans had turned on their holy of holies, the high temple of their democracy on Capitol Hill, encouraged by their own president and his grand fiction that the election had been stolen, fomented on social media.

The shining city on a hill invoked by Ronald Reagan was exposed as divided against itself, emboldening its enemies, causing doubt in the minds of friends and allies.

It was Joe Biden’s job to dispel those doubts. In his inauguration speech he promised to “repair alliances, and engage with the world”.

“We’ll lead not merely by the example of our power but the power of our example,” he said.

If America is back, its enemies seem unconvinced. Vladimir Putin is so sceptical he has parked heavy armour and 175,000 troops on the borders of Ukraine or thereabouts.

Iran is making wild demands, threatening the revival of an agreement meant to stop it building the bomb, and China’s president Xi Jinping is talking as if invading and taking over Taiwan is only a matter of time.

The nadir of Joe Biden’s year came in August in Afghanistan. America is not so much back as turning its back, said one British official anonymously during the debacle.

The rushed, chaotic withdrawal and the precipitate fall of Kabul to the Taliban, undermined allies’ confidence in the US.

Enemies looked on with glee. The impression that the world’s best equipped military was being sent packing by a rag-tag guerrilla army has heartened jihadists worldwide.

The implications could be most worrying for Taiwan. In October China’s president Xi Jinping declared the “reunification” with Taiwan “must be fulfilled”.

When communists took over mainland China, their nationalist enemies fled to Taiwan. If Xi Jinping can take it back, he will lay claim to greatness rivalling Mao’s. 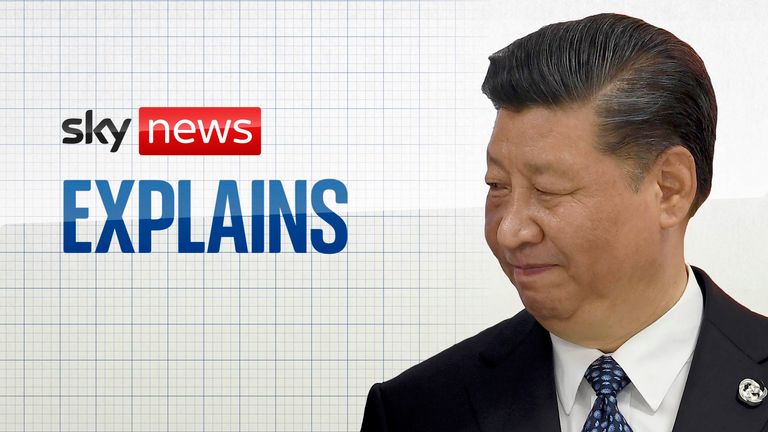 Could China go to war with Taiwan?

Deterrence to that threat relies on the prospect of America defending Taiwan along with Pacific allies.

The perception America lets down its allies, as in Afghanistan, does nothing to bolster their confidence over Taiwan, and makes China bolder.

Ironically Joe Biden justified his ill-fated, hasty retreat in Afghanistan with the need to focus on China. In truth, it was part of a steady retreat by America from the world that goes back to the last time Biden worked in the White House under Barack Obama.

There are some reasons to be cheerful about America and the world order that Donald Trump did so much to undermine.

International gatherings may have fallen short of their lofty aims of saving the planet from climate change and mankind from the pandemic.

But the allies are meeting face-to-face again and getting business done.

There have been none of the histrionics of the Trump era.

Recovering from the dislocation caused by the pandemic and the disruption of the Trump era was never going to be easy. The allies have found unity over Russia and Ukraine.

The recent G7 foreign ministers meeting in Liverpool was a paragon of swift efficient diplomacy in comparison to other summits.

But will that be enough to deter Russian military adventurism and rein in Xi Jinping’s grandiose reunification project that threatens regional stability and the fragile global economic recovery?

And on balance will their lower level counterparts in Caracas, Tehran or Damascus have been given pause for thought by the events of the past year?

And that means America and its allies will have to try much harder to keep us safe and prosperous and the world order in good shape in the year to come.

Bubbles freeze in -50C temperatures
Santos’ lies cast harsh spotlight on a powerful Republican
‘I was sad for the institution’: Nancy Pelosi speaks out about McCarthy speaker vote
Anti-government protests grip Peru for a second day
Calls for energy firms not to force people on to prepayment meters