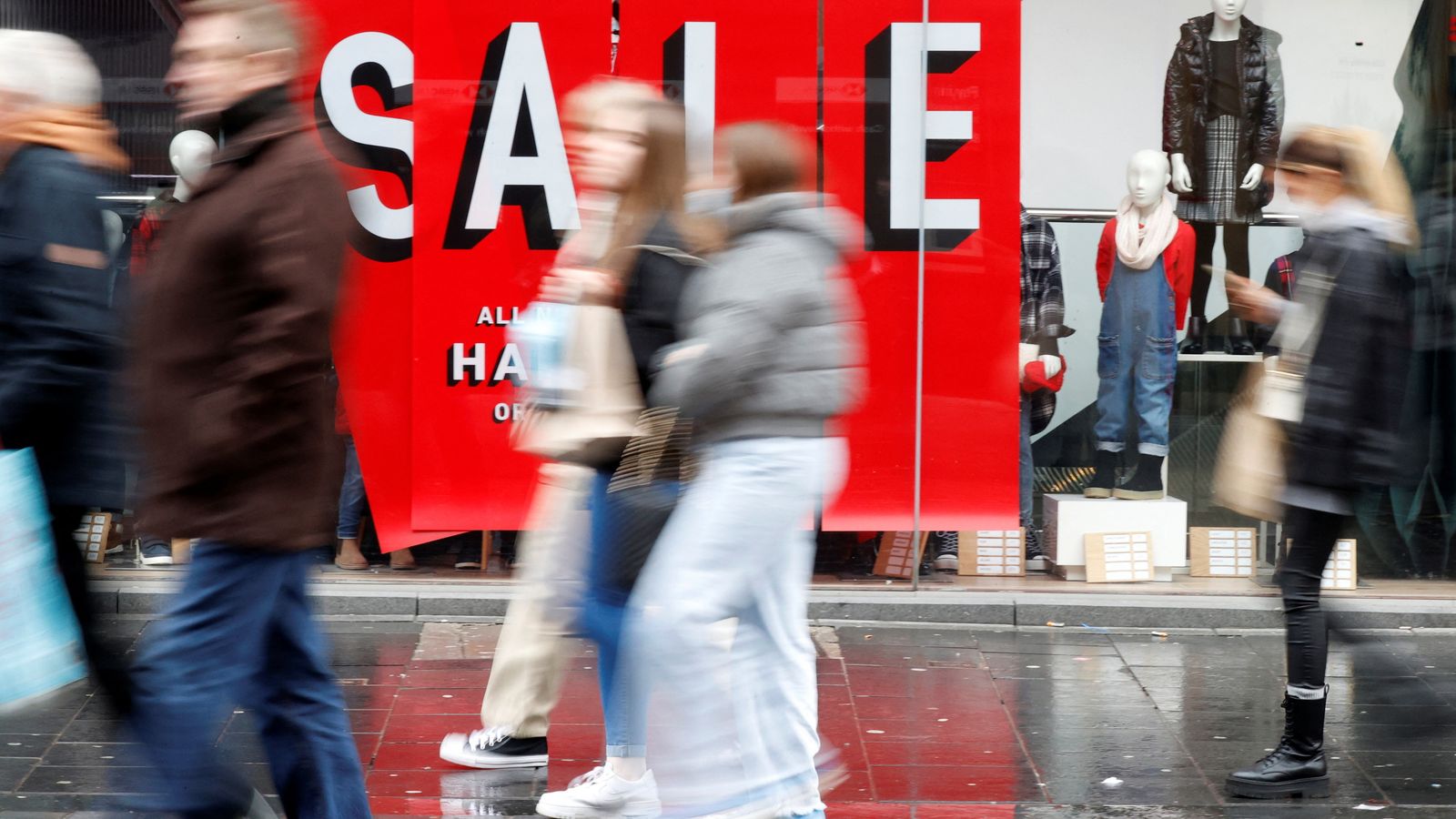 Footfall at shopping sites across the UK on Boxing Day fell to almost half of levels seen pre-pandemic, figures show.

The overall drop across all shopping sites was 41%, seemingly the result of people changing their behaviour amid concern over the Omicron variant and Sunday trading.

Diane Wehrle, insights director at industry analyst Springboard, who compile the figures, said: “A major reason for the significantly lower footfall compared with 2019 will be due to consumers’ ongoing nervousness about the COVID infection rate.

“In addition, Sunday generally has the lowest footfall on any day in the week so a comparison with 2019 when Boxing Day fell on a Thursday will always have meant that footfall would be lower than two years ago.”

The effect of coronavirus restrictions also likely explains the variations seen across the nations of the UK.

The number of shoppers fell by more than 61% in Northern Ireland, 51% in Wales, and 48% in Scotland. Each has introduced tighter restrictions in recent days compared to England, where footfall was down by only 40%.

Although some retail chains didn’t open all stores on Boxing Day, such as Next, the figures were at least higher than last year, when the country was under tighter restrictions.

It’s also thought that some people have shifted their spending online. Four in 10 respondents to a survey conducted by Barclaycard said they would buy online instead in a bid to avoid queues and crowds over the sales period.

It means it is unclear what the overall effect of people’s reluctance to shop in-person will mean for the retail sector.

British Retail Consortium spokesperson Tom Holder said: “The spread of Omicron across the UK has increased the share of spending made online as many consumers avoided town and city centres.

“While spending on travel and hospitality may be lower than their pre-pandemic levels, retailers are waiting to see whether this leads to higher spending on retail goods, particularly food and homeware.”

Putin’s threat over Western arms supplies
Police search around-the-clock for suspect in brutal kidnapping
‘He didn’t just break the law he broke my heart’: Navy veteran on George Santos
‘We believe Nicola sadly fell into river’
Analysis: Does the UK spend enough of GDP on defence?