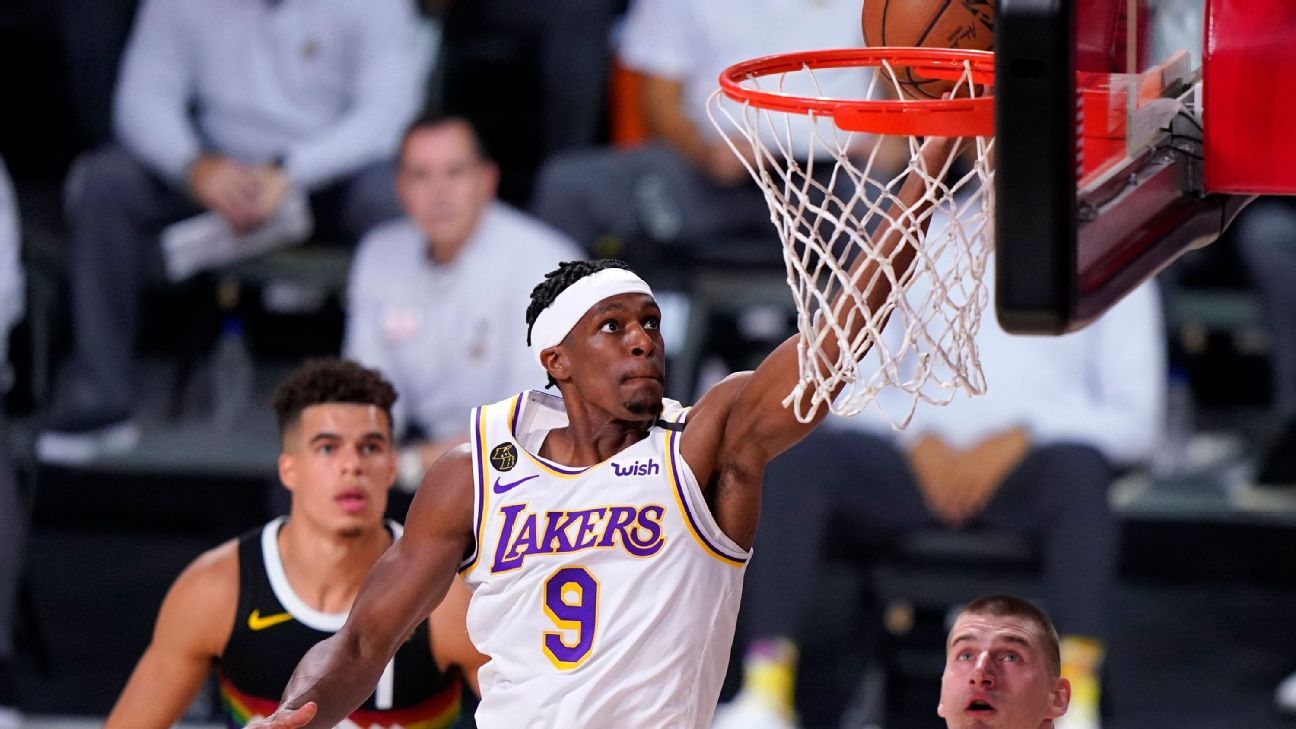 The Cleveland Cavaliers have agreed to trade Denzel Valentine to the Los Angeles Lakers in exchange for Rajon Rondo, sources told ESPN’s Adrian Wojnarowski on Friday.

The Lakers are expected to waive Valentine’s partially guaranteed deal and create an open roster spot.

Rondo is eager for the chance to play a bigger role with an ascending Cavaliers team in the absence of Ricky Rubio, sources said. He has been positive on the deal since it was presented to him as an option Thursday.

Rubio was lost for the season after suffering a torn ACL in his left knee on Tuesday.

Rondo has been in COVID-19 protocols since Sunday and will need to be cleared before joining the Cavaliers (20-14), who are in fifth place in the Eastern Conference and have been one of the NBA’s most improved teams.

Rondo, 35, is averaging 3.1 points and 3.7 assists in 16 minutes per game for the Lakers this season. This is Rondo’s 16th NBA season, which includes two championships and four All-Star appearances.

Valentine has averaged 2.9 points over just 9.3 minutes per game for the Cavs this season after signing a two-year deal in September.

What has Belarus got to do with the Russia-Ukraine conflict?
Hear what Putin critic thinks could lead to Putin’s downfall
Anti-government protests grip Peru for a second day
Sky reporter blocked from asking JK Rowling question
PMQs: Sky’s Beth Rigby on another ‘uncomfortable’ PMQs for Rishi Sunak