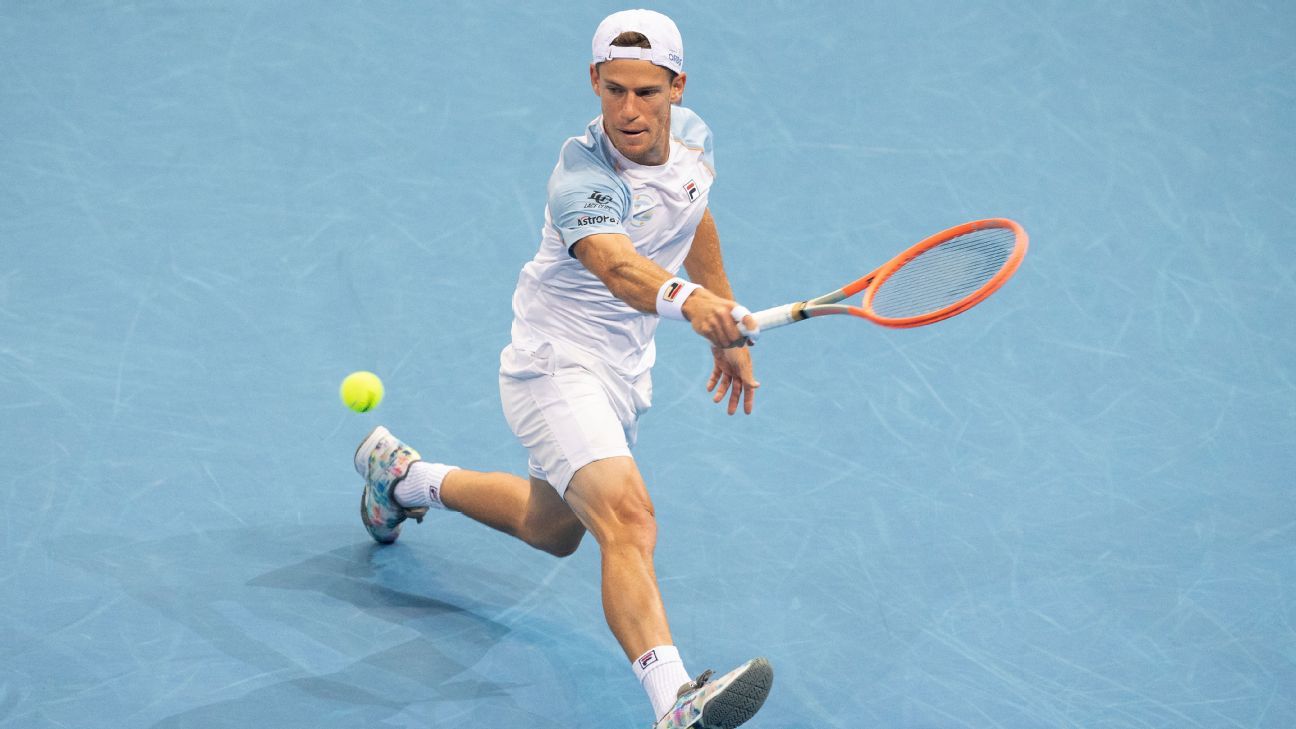 Argentina beat Georgia 3-0, while Spain easily accounted for Chile by the same margin in the opening ties of the team-based tournament being played across two Sydney stadiums.

World No. 13 Schwartzman defeated Georgia’s Nikoloz Basilashvili 6-1, 6-2, after compatriot Federico Delbonis won by the same score against Aleksandre Metreveli to give Argentina an unassailable 2-0 lead from the singles matches.

Maximo Gonzalez and Andres Molteni then gave the Argentines a clean sweep defeating Georgian pair Saba Purtseladze and Zura Tkemaladze 6-1, 6-2 in the doubles tie to give Argentina a 3-0 win.

In the day’s other tie, world No. 20 Pablo Carreno Busta gave Spain an early lead as he rallied from being a break down in both sets to defeat Chile’s Alejandro Tabilo 6-4, 7-6 (7-4).

Roberto Bautista Agut appeared in excellent form as he disposed of Chile’s world No. 17 Cristian Garin 6-0, 6-3 to seal the tie for Spain.

Alejandro Davidovich Fokina and Pedro Martinez clinched a clean sweep for Spain with a 7-6 (3), 4-6, 10-7 win over Chile’s Tomas Barrios Vera and Tabilo.

Even without Rafael Nadal, who’s preparation for the Australian Open has been disrupted by a positive test for the coronavirus, Spain showed why they are among the favored teams at the tournament.

“Today was a good start for me, a very solid game, really happy. I like these conditions,” world No. 19 Bautista Agut said.

Serbia, which is without world No. 1 Novak Djokovic, begins its tournament against Norway, led by world No. 8 Casper Ruud, later on Saturday.

Greece play Poland in the evening’s other tie, which will see the tournament’s first top-10 rubber with world No. 4 Stefanos Tsitsipas facing 9th-ranked Hubert Hurkacz.

The other eight teams begin play Sunday: Russia vs. France, Italy vs. Australia, Canada vs. the United States and Germany vs. Britain.