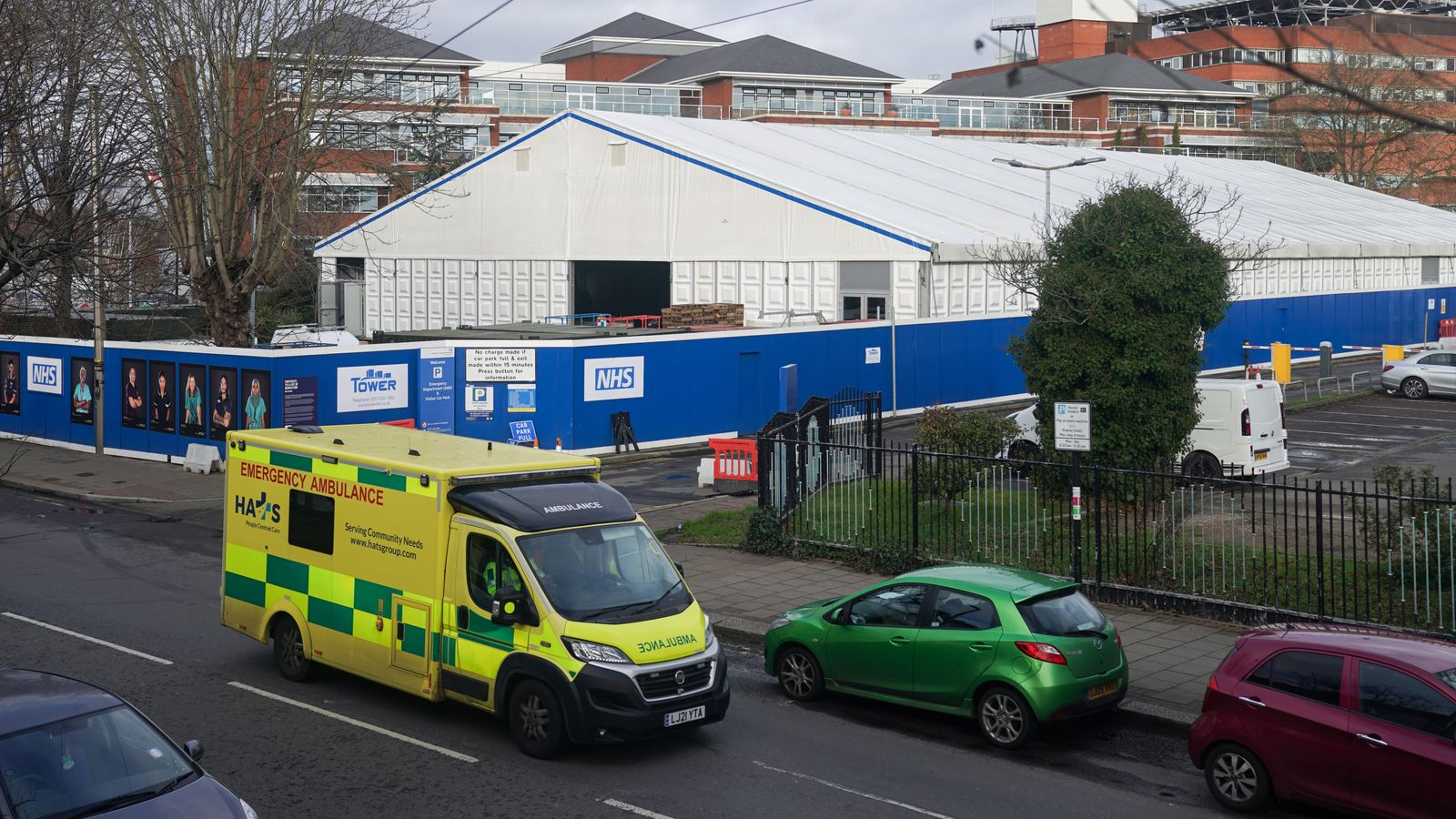 England and Wales have reported 137,583 new COVID cases and 73 coronavirus-related deaths in the latest 24-hour period, according to official data.

Figures from Scotland and Northern Ireland are going to be updated after the bank holiday weekend.

It comes after England reported a record high of 162,572 new COVID cases on New Year’s Day.

Today, the government said there was an error in how it reported cases by test type on New Year’s Eve and New Year’s Day, saying: “Because of a processing issue, positive lateral flow tests followed by a negative PCR test in England were not removed on 31 December 2021 or 1 January 2022.

Follow live COVID updates from the UK and around the world

The latest figures mean that more than 1.1 million people had a confirmed positive COVID test result between 27 December 2021 and 2 January 2022 – a 43% increase compared to the previous seven days.

The government data also shows that 981 deaths within 28 days of a positive coronavirus test over the last seven days – a 50% rise compared to the previous week.

The COVID figures come after it was announced secondary school students in England will once again be asked to wear masks in classrooms to help tackle the rise in coronavirus cases.

The government is also drawing up contingency plans over fears a quarter of public sector workers could be absent due to the Omicron wave.

Figures on Saturday showed hospital admissions in England have risen to their highest level since January 2021, while the number of NHS hospital staff absent due to the virus nearly doubled in a month.

However a cabinet minister suggested further COVID restrictions in England were not expected in the coming week thanks to people testing and getting their boosters.

Cabinet Office minister Stephen Barclay said there had been a “significant behaviour change” by the British public since Plan B measures were introduced in early December.

Those measures included wearing facemasks in most indoor public areas, increased testing, work from home guidance and COVID passes for large events and in nightclubs.

Asked whether further restrictions for England could be announced in the coming week, Mr Barclay said: “We don’t think the data supports that at this stage.

“Of course we keep the data under review but we’ve seen significant behaviour change as a result of plan B.”