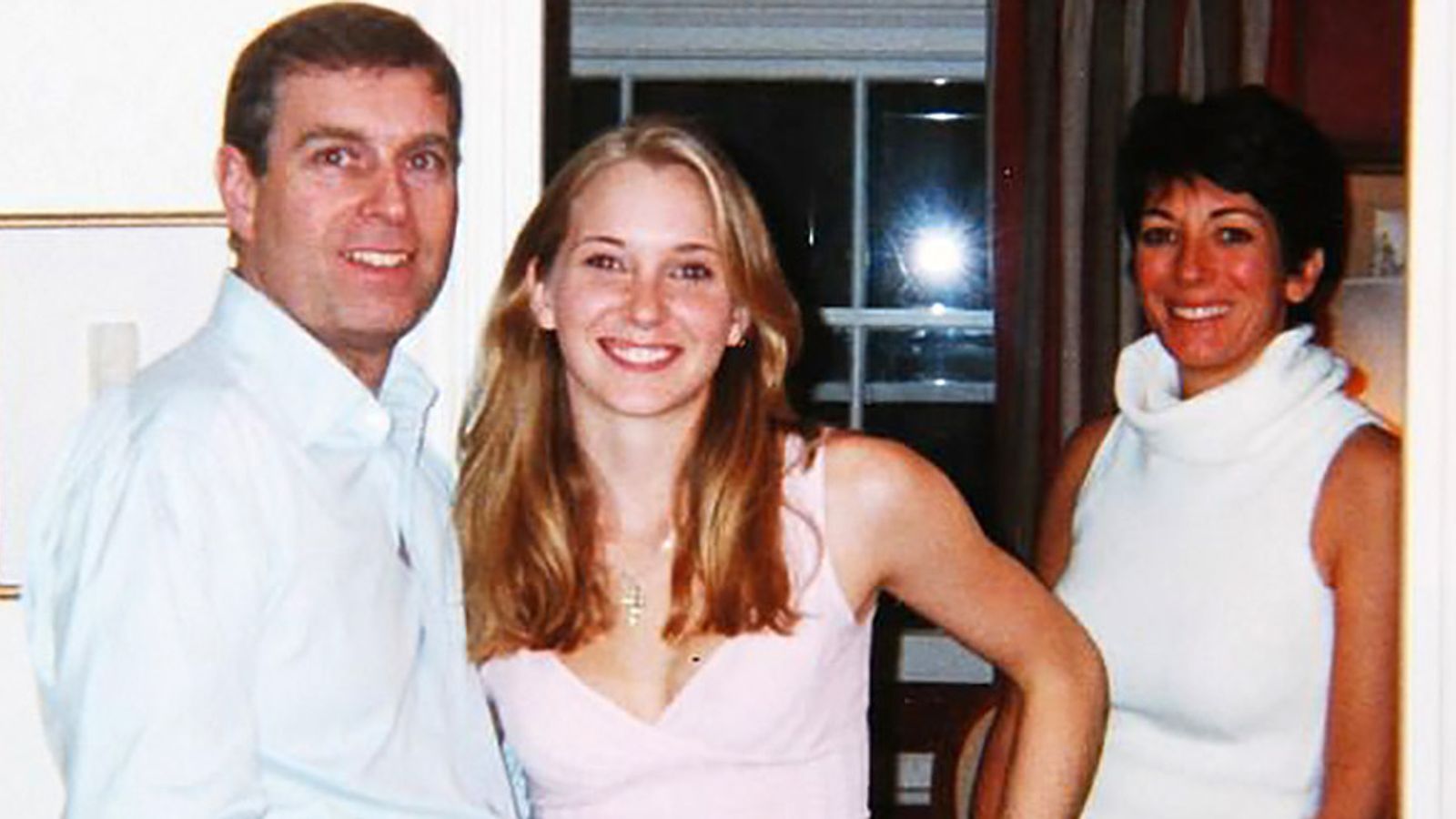 A confidential settlement between Jeffrey Epstein and Virginia Giuffre, which could be key to a legal case involving Prince Andrew, is set to be made public today.

The 2009 agreement between Epstein – the late disgraced financier – and Ms Giuffre, formerly known as Virginia Roberts, is due to be released following an order by US judges.

Ms Giuffre is suing Andrew for allegedly sexually assaulting her when she was a teenager.

On Tuesday, a New York judge is due to hear arguments on whether to dismiss her civil lawsuit, which is seeking unspecified damages.

What are the ‘factual allegations’ stated in Virginia Giuffre’s lawsuit?

Ms Giuffre claims she was trafficked by Epstein to have sex with the Duke of York when she was aged 17, a minor under US law, and was pictured with the royal and Ghislaine Maxwell during the period the alleged intercourse took place.

Andrew – who has not been charged with criminal offences – has denied the allegations and his legal team has called the lawsuit “baseless”.

Ahead of the release of the settlement on Monday, the duke’s lawyers have argued it releases him from liability because it covers “royalty”, and that Epstein had insisted it applied to anyone who Ms Giuffre might sue.

But Ms Giuffre’s lawyers say the agreement applies “at most” to people involved in underlying litigation in Florida, thereby excluding Andrew.

They say the Queen’s second son should not use the 2009 agreement as a “get out of jail free card”.

The release of the settlement comes after the duke’s lawyers called for the lawsuit against him to be halted or thrown out because Ms Giuffre lives in Australia and not the US.

They argued that this meant the New York court may not have “jurisdiction” over the lawsuit.

But this was rejected by US federal judge Lewis A Kaplan who told Andrew’s lawyers they must turn over documents on the schedule set in the lawsuit.

Ms Giuffre’s legal team described the request from the royal’s legal team as “another in a series of tired attempts by Prince Andrew to duck and dodge the legal merits” of the civil case.

Her lawyers have asked for a wealth of information from Andrew’s lawyers as they probe his BBC Newsnight interview when he said he was visiting a Pizza Express on the day of the claimed sexual encounter.

They have requested travel documents detailing Andrew’s movements on Epstein’s planes and to his various homes, the duke’s visit to Pizza Express in Woking and London’s Tramp nightclub where Ms Giuffre alleges she danced with a heavily sweating Andrew before they had sex.

In his Newsnight interview, the duke claimed he had a medical condition at the time which meant he did not sweat.

The release of the 2009 settlement comes after Ghislaine Maxwell was found guilty of recruiting underage girls to be sexually abused by her ex-boyfriend Epstein, who killed himself in 2019 while awaiting trial on sex trafficking charges.

If judges do not throw out Ms Giuffre’s lawsuit against Andrew, a trial could be held between September and December 2022.

The moment Zelenskyy hears about tank delivery
Ukraine War: Will Germany send tanks to Ukraine?
How Andrew Yang wants to fix the US economy
‘I was sad for the institution’: Nancy Pelosi speaks out about McCarthy speaker vote
Retired general predicts when Ukraine will see new tanks