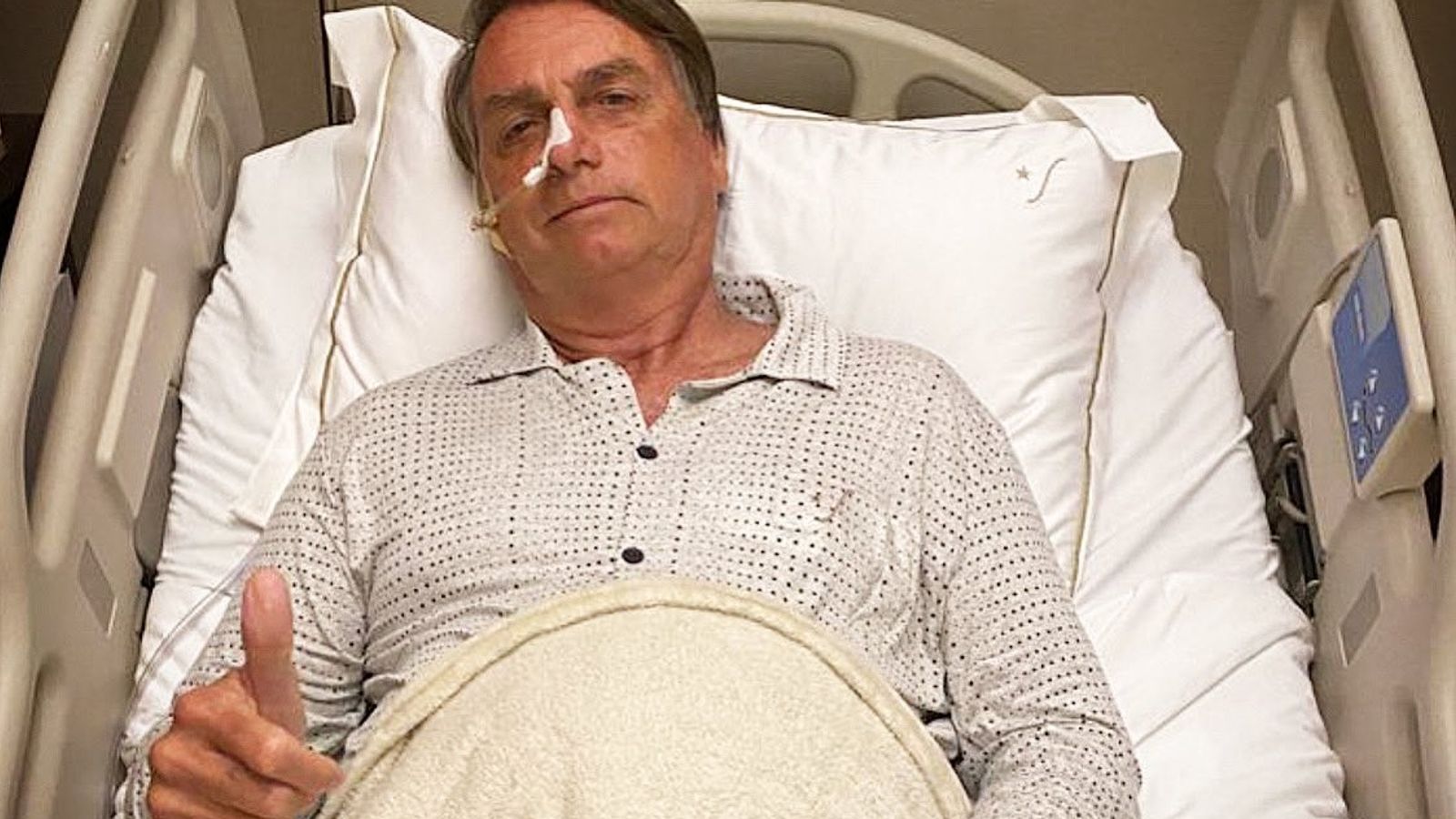 Brazil’s president Jair Bolsonaro has said doctors are assessing whether he needs surgery after being admitted to hospital with abdominal discomfort.

Mr Bolsonaro said in a Twitter post that he had started to feel unwell after lunch on Sunday and was admitted to hospital in Sao Paulo at 3am local time (6am in the UK) on Monday.

He has been treated in hospital several times since being stabbed on the campaign trail in 2018.

After the latest admission, the 66-year-old posted a picture of himself giving a thumbs up and said more tests will be done to see whether he needs surgery.

The government said he was “doing well”.

Vila Nova Star, the hospital where the president is being treated, said in a statement that he had an intestinal obstruction and was in a stable condition.

Mr Bolsonaro had been on holiday in southern Brazil.

A previous hospital stay took place in July when the president was also treated for an intestinal obstruction. Surgery was not needed at that time.

His current treatment is being overseen by a team led by Dr Antonio Luiz Macedo.

Dr Macedo, who had operated on Mr Bolsonaro at the time of his stabbing in 2018, has been on holiday in the Bahamas and was awaiting a flight back to Sao Paulo, according to Brazilian television network Globo.

How Andrew Yang wants to fix the US economy
See the chilling video Chinese protester made before her disappearance
Ukraine War: ‘This is such a stupid tank’: Commander’s plea for modern tanks on Bakhmut frontline
Retired general predicts when Ukraine will see new tanks
Calls for energy firms not to force people on to prepayment meters