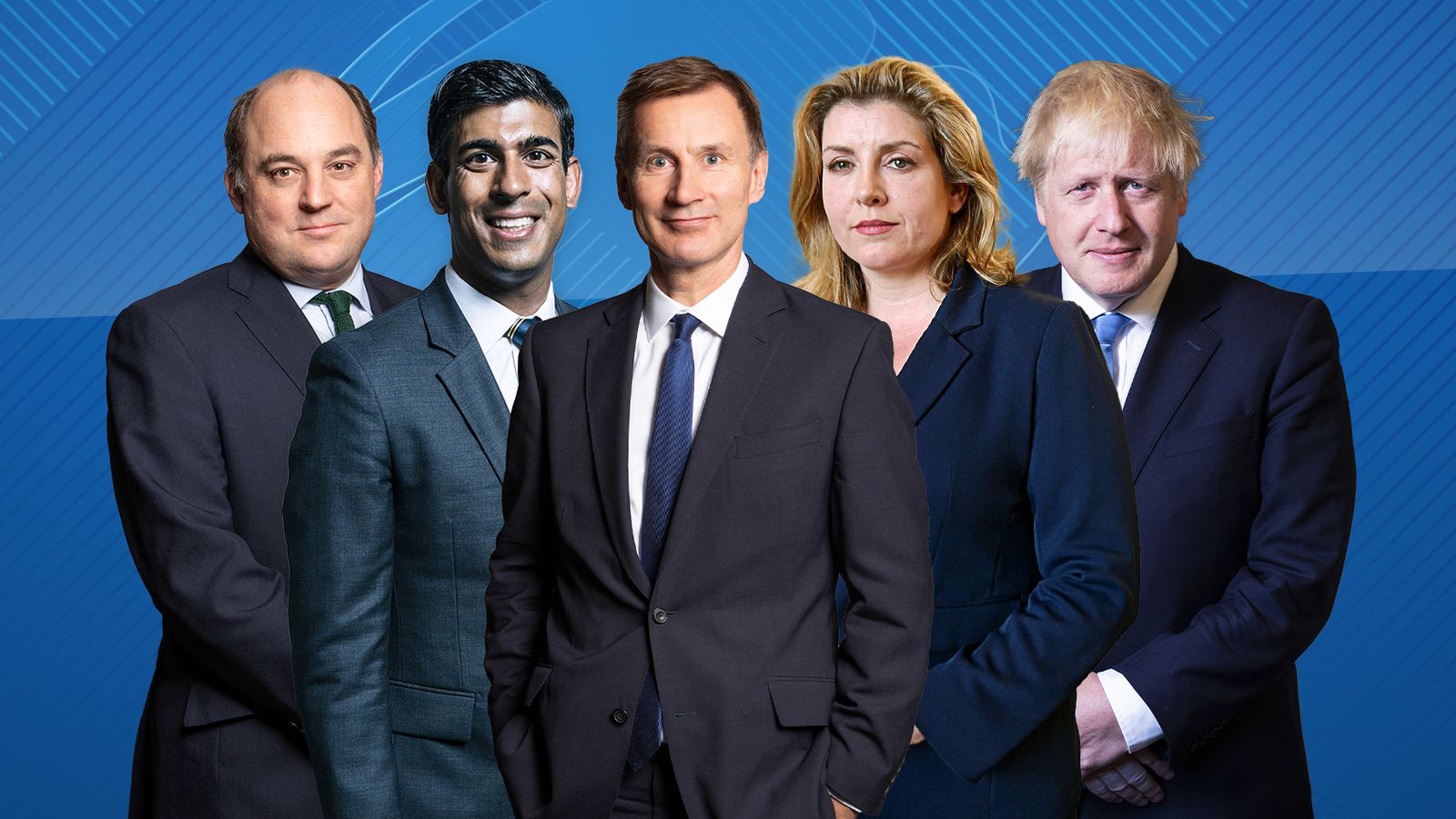 Just last month Liz Truss told Britons they could “ride out the storm” in her first speech as prime minister – now she has been warned “the game is up” as rumours swirl of plots to oust her.

Tory MPs have started to publicly call for Ms Truss to step down, while former chancellor George Osborne has predicted she will most likely be gone “before Christmas”.

But who could replace Ms Truss if she is forced out as Conservative Party leader?

Here, Sky News looks at the runners and riders – and who is favourite for the job.

The new chancellor, brought in to replace the sacked Kwasi Kwarteng, is now widely seen as the most powerful figure in government as he attempts to reshape the PM’s own economic plans to reassure the markets.

He has insisted that Ms Truss is still in charge of her government but has signalled plans to effectively scrap the economic vision that brought her to power.

Seen by many in his party as a safe pair of hands, Mr Hunt has twice unsuccessfully tried to become Tory leader and has previously served as foreign secretary, health secretary and culture secretary.

In the leadership race this year, he backed Rishi Sunak over Ms Truss after getting eliminated from the contest himself in the first round of voting.

Read more: Jeremy Hunt – who is the UK’s new chancellor?

The former chancellor, who was runner-up to Ms Truss in the Tory leadership race, is favourite with the bookmakers to replace her if she is ousted.

He warned his rival that her tax-cutting plans would send the economy into freefall, accusing her of “fairytale economics” as she promised unfunded tax cuts.

Following the fallout from the mini-budget, supporters of Mr Sunak believe he has been vindicated. One MP who supported him in the leadership race told the Telegraph: “Everything he said has come to pass.”

Mr Sunak won every voting round among MPs in the Tory leadership race but there are question marks over whether he could reunite the party, having been seen to have played a key role in Boris Johnson’s exit as PM.

Read more: How could Liz Truss be removed?

Senior Conservatives have reportedly held talks about replacing Ms Truss with a joint ticket of Mr Sunak and Penny Mordaunt.

The leader of the Commons finished in third place in this summer’s Tory leadership race before she backed Ms Truss’s bid.

However she has since taken on the prime minister after suggesting that benefits should rise in line with inflation.

The former defence secretary also caused a stir at Tory conference earlier this month when she said the party’s “comms is s***”.

“Step forward Rishi and Penny, with our support and encouragement in the interests of us all,” he wrote.

Read more: Who is Penny Mordaunt? The Navy reservist and ex-magician’s assistant

In his farewell address as PM, Mr Johnson fuelled speculation about a future return to frontline politics despite promising his “most fervent support” to his successor Ms Truss.

Mr Johnson compared himself to Roman statesman Cincinnatus, who battled against invasion before returning to his farm. According to tradition, Cincinnatus later returned to serve a second term.

Some Tory MPs are reportedly openly suggesting that the party asks Mr Johnson to return to Downing Street, despite being ousted just three months ago amid fury over the partygate and Chris Pincher scandals.

It is unclear whether the former prime minister would be interested in going back.

The defence secretary and former soldier is widely respected for the role he has played in the UK’s support for Ukraine.

He stayed neutral in the Tory leadership race before eventually backing Ms Truss.

There are doubts over whether he would want to be leader, having ruled himself out of this summer’s race after “careful consideration and discussing with colleagues and family”.

Mr Wallace’s only cabinet post has been defence secretary, which he has held since July 2019.

He has signalled he would likely quit as defence secretary if the government ditches a key pledge to boost defence spending.