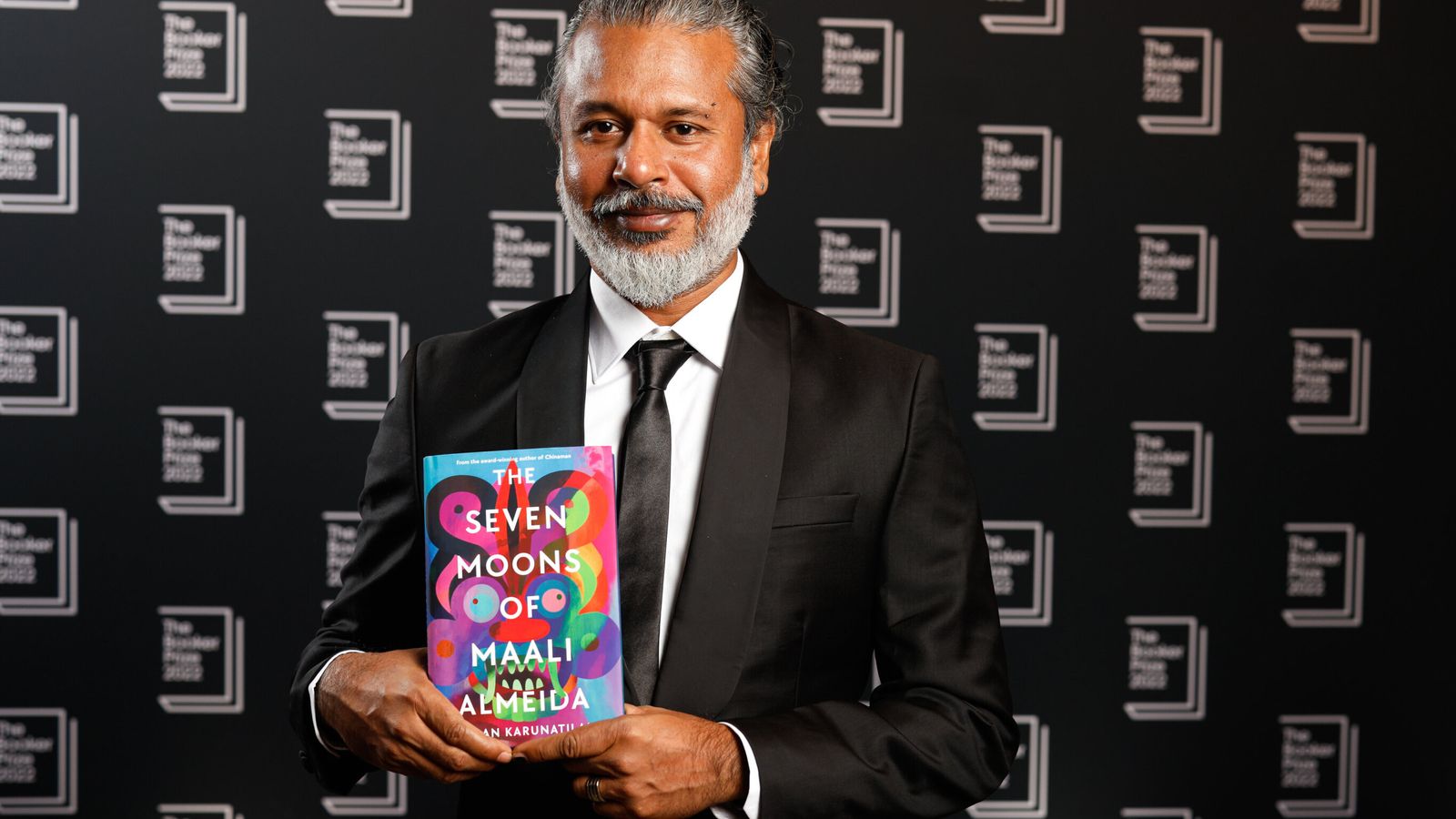 Sri Lankan writer Shehan Karunatilaka has won the Booker Prize for his second novel The Seven Moons Of Maali Almeida.

Karunatilaka was presented with a trophy by Queen Consort Camilla on Monday at the literary award’s first in-person ceremony since 2019.

The Seven Moons Of Maali Almeida is a novel set in 1990, during Sri Lanka’s civil war, when the main character Maali Almeida wakes up dead with no idea who has killed him.

The gay war photographer and gambler has “seven moons” to contact the man and woman he loves most and lead them to a hidden cache of photos that will shock the country.

In his acceptance speech on Monday, Karunatilaka said: “My hope for Seven Moons is that in the not too distant future… it is read in a Sri Lanka that has understood that these ideas of corruption, race baiting and cronyism have not worked and will never work.

“I hope it is read in a Sri Lanka that learns from its stories and that Seven Moons will be in the fantasy section of the bookshop and will… not be mistaken for realism or political satire.”

Judges chair Neil MacGregor said: “This is a metaphysical thriller, an afterlife noir that dissolves the boundaries not just of different genres, but of life and death, body and spirit, east and west.

“It is an entirely serious philosophical romp that takes the reader to ‘the world’s dark heart’ – the murderous horrors of civil war Sri Lanka.

“And once there, the reader also discovers the tenderness and beauty, the love and loyalty, and the pursuit of an ideal that justify every human life.”

Karunatilaka grew up in Colombo and this year was the first time he was shortlisted for the award.

His 2011 debut book, Chinaman, won the Commonwealth Book Prize, the DSL and the Gratiaen Prize.

First awarded in 1969, the Booker is open to writers around the world as long as their work is written in English and published in the UK or Ireland.